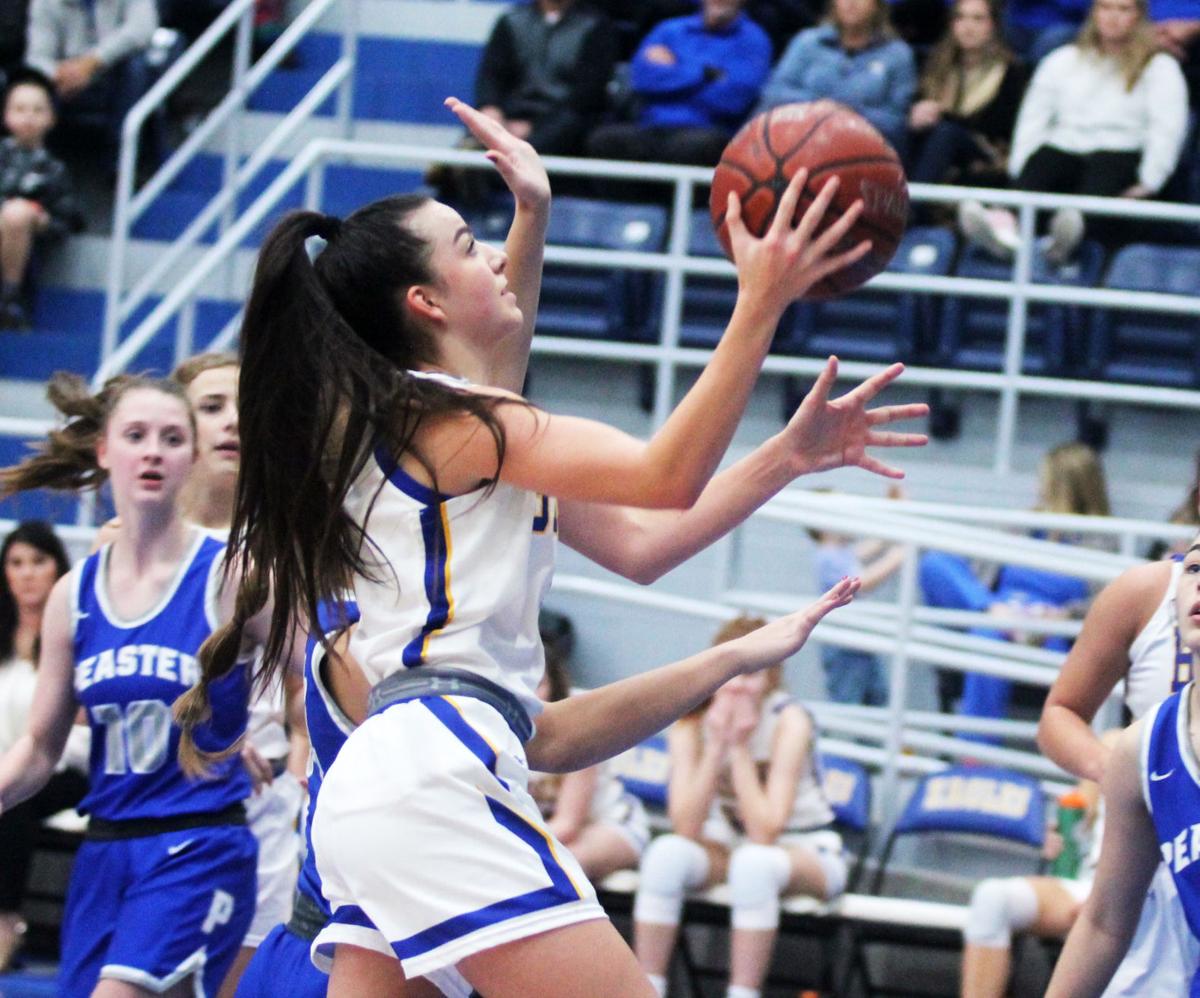 Brock junior point guard Torrye Tyler, center, was one of eight Lady Eagles to earn all-district recognition for their play during the 2019-20 season. Tyler took home District 7-3A MVP honors. 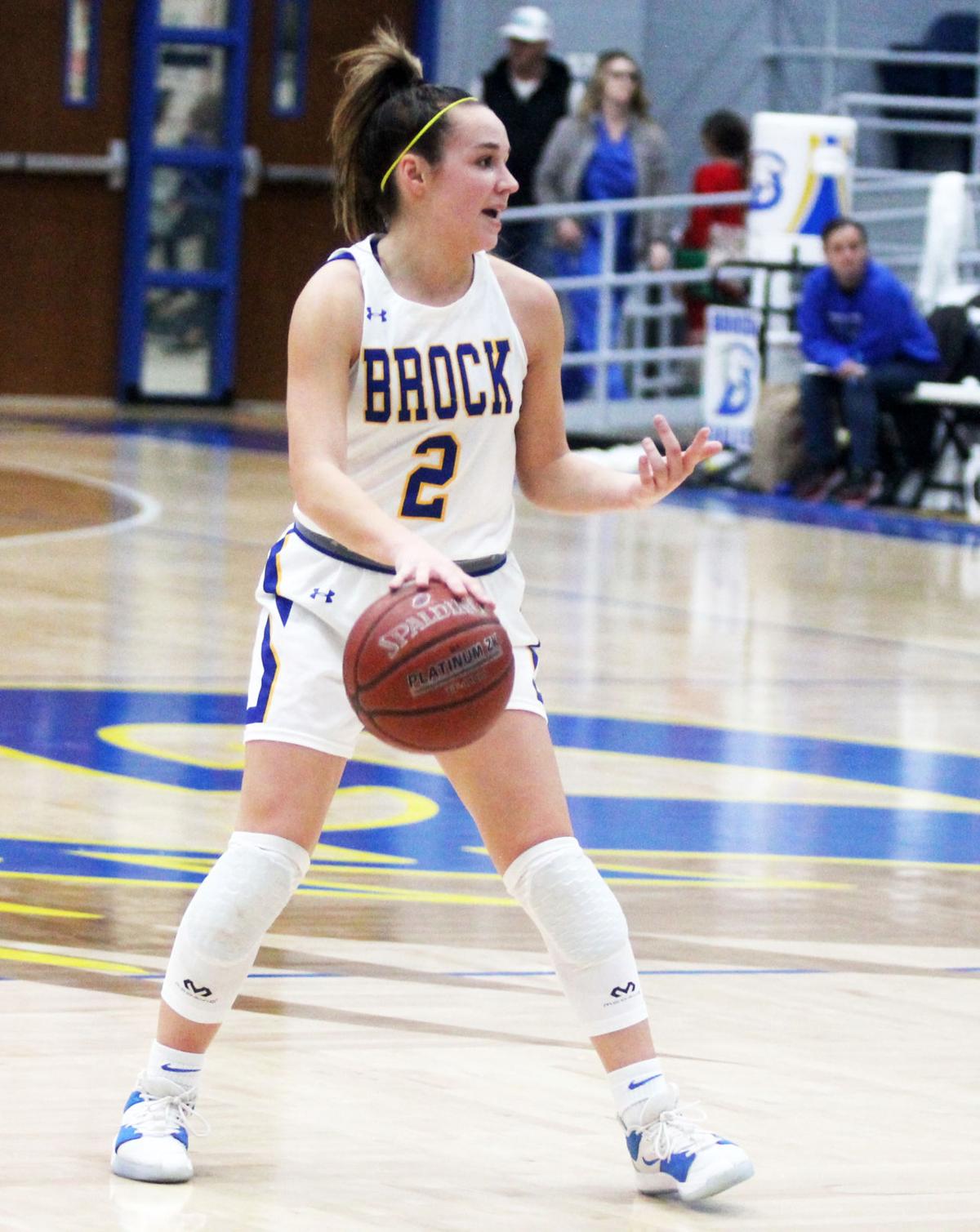 Brock junior point guard Torrye Tyler, center, was one of eight Lady Eagles to earn all-district recognition for their play during the 2019-20 season. Tyler took home District 7-3A MVP honors.

The Brock Lady Eagles clinched their fifth-straight regional tournament appearance in 2019-20, including the team’s third-straight under Head Coach Shawna Lavender, a campaign which saw the team finish a perfect 14-0 in District 7-3A en route to a trip to Plainview.

As a result, eight Brock players were recognized with all-district honors, including two superlatives awards, one first-team selection, four second-team selections and an honorable mention.

Leading the charge was junior point guard and district MVP Torrye Tyler, who time and again displayed the ability to take a game over while helping elevate the squad’s play as a whole, Lavender said.

“It’s easy to see why Torrye was voted as the district MVP,” Lavender said.

“She was not only our leading scorer, but also led our team in assists. Opponents had to focus much of their defensive efforts on containing Torrye and she was able to open up scoring opportunities for her teammates.

“She made those around her better and that was a major factor in our team’s success.”

“Ashlynn was one of our most reliable defensive players throughout the year,” Lavender said.

“She was most often given the toughest defensive assignments and took opponents out of their comfort zone and disrupted teams’ offensive plans. Ashlynn played at 100 percent all the time and was the heartbeat of our defensive game plan.”

Picking up the Lady Eagles’ lone first-team selection was senior shooting forward Olivia Lewis, who returned to the fold after missing time early in the year to great effect, making use of her versatility to create an array of issues for other teams, Lavender said.

“Olivia missed the first half of the season but came back as district was starting,” Lavender said.

“She created matchup problems for opponents because of her ability to play both inside and outside. She made us a better offensive and rebounding team.”

“She was one of the players, mentally and physically, we had. She was up for any challenge and more often than not, shut down the inside play of most opponents.

“Marifer was one of the best rebounders in the district and would get extra possessions for us by hitting the offensive boards. She also did a great job of beating her defender down the floor in transition and creating easy baskets for her team.

“Claire missed the first half of the year and was able to come back as district play was starting. She provided us with more depth at the post position from an offensive and defensive standpoint and made us a much better rebounding team.

“Tanna provided the much-needed spark off the bench both defensively and offensively. She was able to stretch defenses because of her ability to knock down the three, but also provided a defensive spark and changed the energy of the game when she checked in.”

Rounding out Brock’s all-district honors was junior Madison Moudy, who clinched the team’s only honorable mention thanks to her ability to stretch opposing defenses, Lavender said.

“Madison was injured during district play and only got to play in about half our district games,” Lavender said.

“[But] she provided us with another outside threat and forced teams to stretch their defense when she was in.”