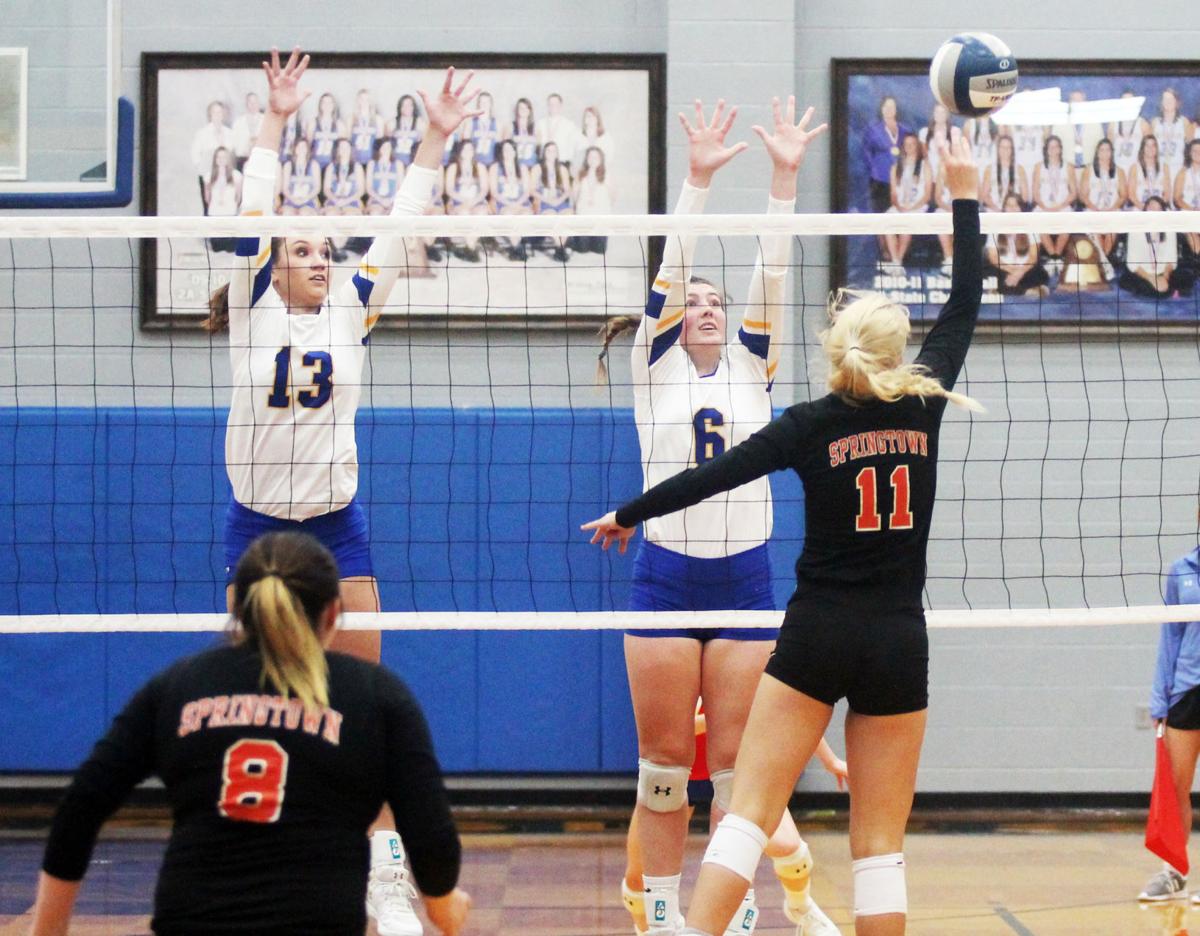 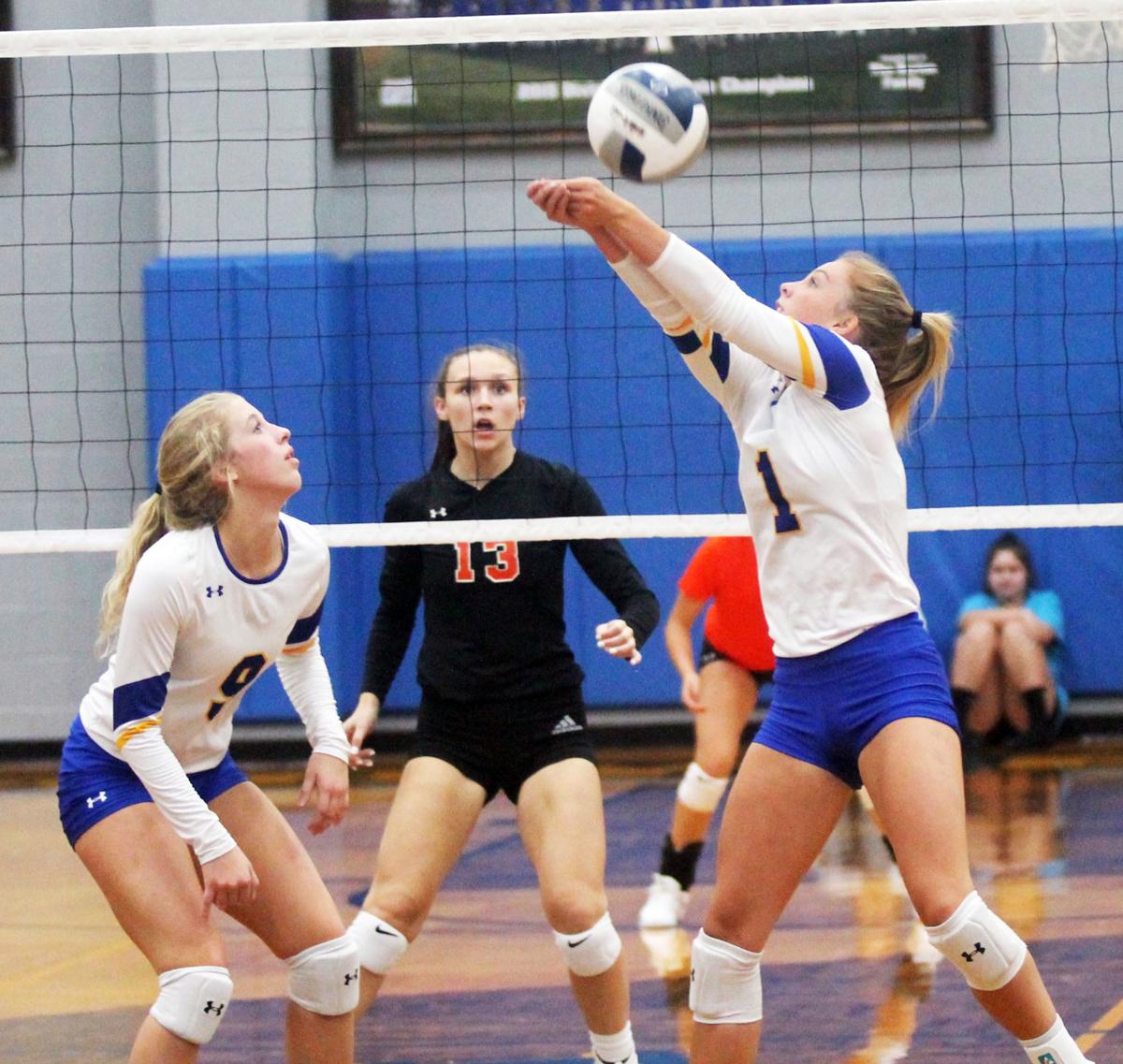 Brock Lady Eagle senior outside hitter Jessie Steele recently announced her commitment to continue her playing career with Southeastern Oklahoma State University earlier this week, joining teammate and senior setter Laney Dale, who announced her commitment to Laredo’s Texas A&M International University earlier this spring, as the the team’s latest playmakers to take their talents to the next level.

Steele and Dale have teamed up over the last season and a half, helping the Lady Eagles finish as Class 3A regional semifinalists in 2018 as well as jumping out to a 4-0 start (as of Friday morning) in District 7-3A competition this fall.

“For so long I was like, ‘Where am I going to college? How am I going to pay for it?’ so it’s nice to know where I’m going and being able to have that opportunity.”

Dale expressed similar sentiment, while adding that the opportunity to play volleyball in college has long stood as a major life goal.

“I’ve always wanted to do this, it’s been my main goal throughout middle and high school. It’s like a weight is off my shoulders knowing I got it done and don’t have to worry about applying to colleges and wondering if I’m going to get accepted.”

For Steele, Southeastern Oklahoma State University presented an opportunity to remain relatively close to her family as well as a chance to work under an excellent coach, Nicole Solum, both major selling points, the senior outsider hitter said.

“It was small school, I didn’t want to go somewhere big,” Steele said.

“It’s also close to home and I really liked the coach and her goals for the season and players, that was really important.”

In Dale’s case, an equally strong connection with the coach, Susie Jangada, as well as a chance to play in the Lone Star Conference proved an enticing opportunity.

“I really liked it because it was a bigger D-II school, and it is in the Lone Star Conference,” Dale said.

“That’s one of the best conferences I could be in, and I love the coach and atmosphere. It felt like home. I love everything about the campus, the coach is super close with me. It feels right in every way.”

Both seniors have a bright future in the sport at the next level, Brock Head Volleyball Coach Mallory Daniel said.

“She has played for as long as I’ve known her and she really deserves this opportunity.

“Laney is competitive in every drill and every aspect of volleyball. I’m so excited for her as well.

“As teammates, they push each other and the leadership is there. I could not be more thrilled for them. I think they are two great girls, athletes and teammates.”

That sentiment is shared by the pair’s fellow Lady Eagles, including junior outside hitter Ava Tanner and freshman middle blocker Ellason Felts.

“This is my third year playing with Jessie, and I play on her club team so we’re super close,” Tanner said.

“She gets along with everyone really well. She’s very consistent. You can always rely on her for serving and hitting. Defensively, she’s good too.

“She’s a good teammate to have because she always picks you up and is always there for you.”

“She goes for every ball, she doesn’t give up and has a very positive attitude all the time. She’s always hyping everybody up.”

Now midway through their final season with the Lady Eagles, Steele expressed mixed feelings about leaving the program.

“I was actually thinking about that [recently],” Steele said.

“Now that I’ve committed, this is actually coming to an end. So I’m just trying to make the most of every moment.”

Dale agreed, saying while she is excited for the next chapter, she is greatly appreciative of everything she has gained being a part of the Lady Eagles’ program.

“I just wish I could have been here all my years, because I love everything about the team and Coach Daniel.

“But I’m also really glad for all the accomplishments we’ve had already and it’s not even over yet. I’m very blessed to have this team.”

Sorry, there are no recent results for popular articles.