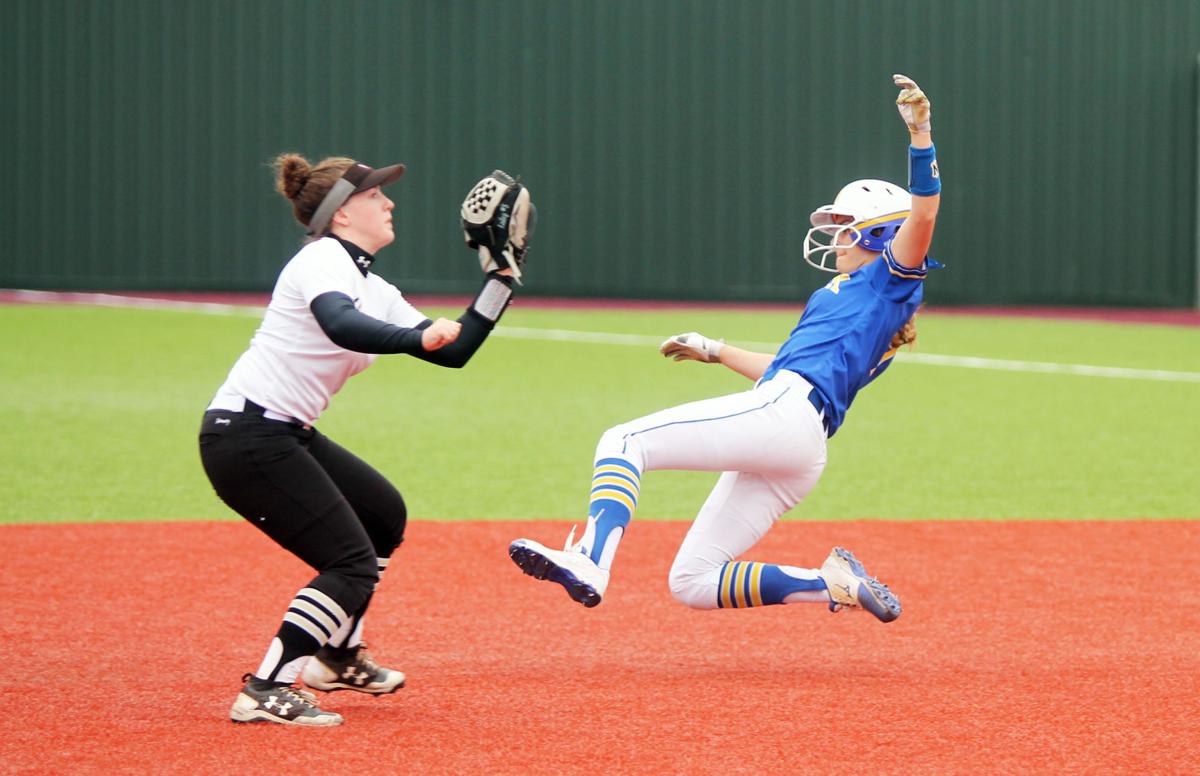 Brock’s Lauren Kizer (7) is one of several returning starters from last year’s state semifinalist squad set to help the Lady Eagles compete for another title in 2020. 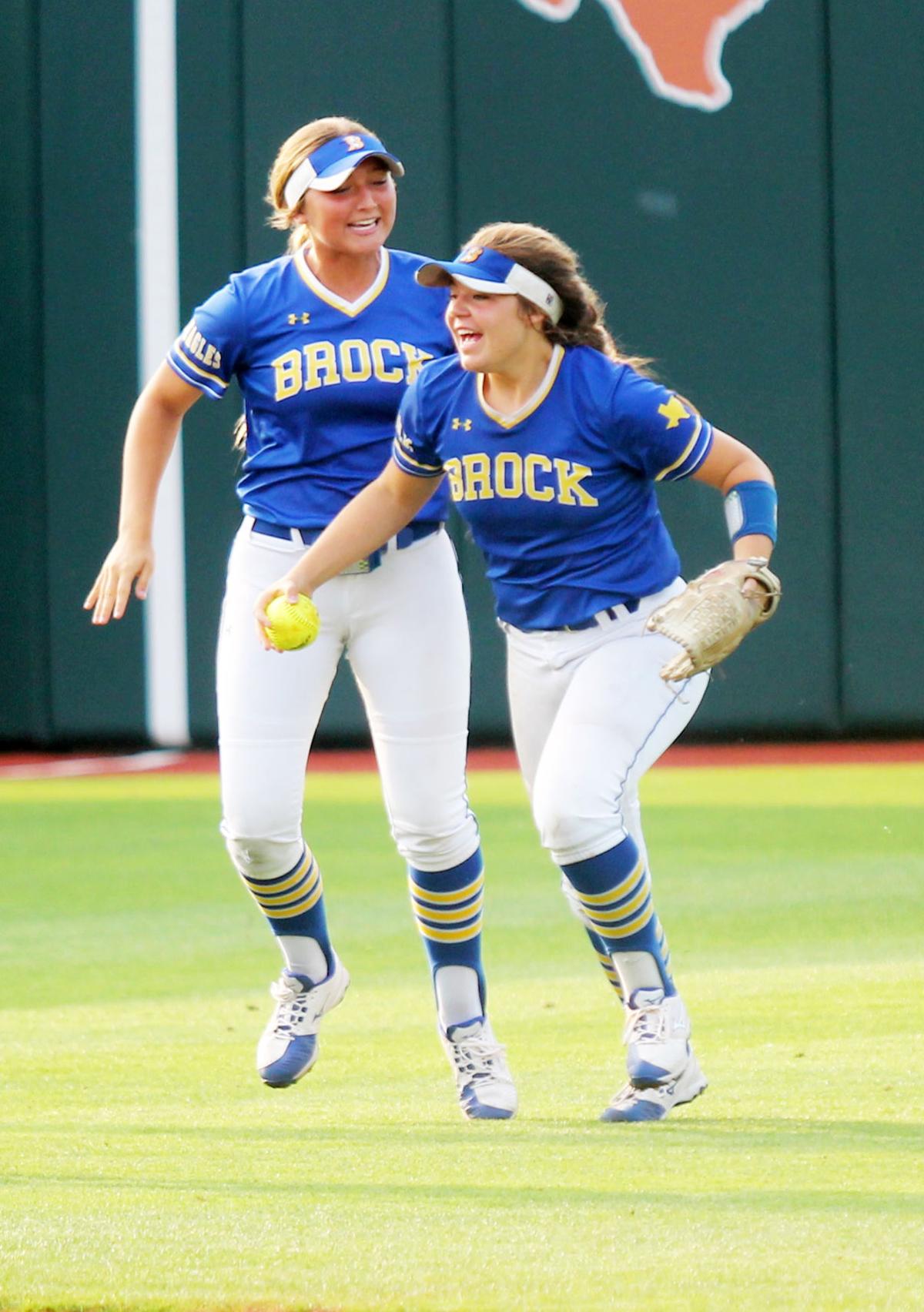 The Lady Eagles are looking to clinch a fifth-straight state tournament berth in 2020.

Brock’s Lauren Kizer (7) is one of several returning starters from last year’s state semifinalist squad set to help the Lady Eagles compete for another title in 2020.

The Lady Eagles are looking to clinch a fifth-straight state tournament berth in 2020.

The Brock Lady Eagles clinched a spot in the UIL State Softball Tournament for the fourth-straight year in 2019, extending a run of dominance in Class 3A which has seen the team make something of a second home in Austin in recent history.

While the group’s 2019 journey for a state title fell just short, with the Lady Eagles falling to the Emory Rains Lady Wildcats, 4-2 in the state semifinals, Brock’s players are eager to take what they learned from last year’s successes and mistakes and apply it to 2020, Head Coach Ryan Starnes said.

“Each year we let the seniors decide on the motto for the season,” Starnes said.

“And this group to their credit, I think it’s a good one. They wanted this year’s motto to be ‘Own It.’ Their reasoning behind it was, as a group they want to own the successes we’ve had, we have made some runs, but something I feel like was very important to them was, they want us to own the failures too.

“Our season ended in a way last year that left a bitter taste. I mean, we made it there and that’s a big accomplishment, but then we didn’t play our best. So that’s been a focus for them, they want to own the good and the bad, and I think that’s going to be a good approach for us.”

Senior Claire Duvall further explained the group’s thinking behind the motto selection, saying that while the Lady Eagles’ focus is on the here and now, last year’s finish is certainly a source of extra motivation heading into the season.

“We’re gonna have a good season it looks like, but it’s gonna take a lot to get there. It’s not going to be handed to us, we’ve put in a lot of hard work.”

Senior Maddie Murley added that a key component of the team’s motto heading into the new year is building on all the small victories, as well as learning from the mistakes that occur over the course of a season, stressing that the team’s character will be reflected in how it responds to the challenges ahead.

“Part of our motto is owning all the small victories to get to the state tournament,” Murley said.

“That’s the end goal for everyone, but there’s small steps along the way. That shows what kind of team you are, and I think that’s a big part of it all.”

Those challenges will come early and often in a non-district schedule littered with games against larger schools, Starnes said.

“Everything we do we hope prepares us for district and what’s ahead,” Starnes said.

“We go through a gauntlet of a scrimmage schedule. When you’re seeing people like Aledo, Abilene Wylie, Burkburnett, Burleson and Graham, those are big schools and that helps us to get to see that level of pitching early on.

“We’re the smallest school in our tournament, and our kids look forward to that.

“Then from there we go to the Mansfield Tournament, where we’re gonna play some quality teams and get a lot of innings.

Starnes added that Brock’s non-district slate will help he and his coaching staff piece together the team’s lineup and help figure out who needs to play where.

“It’s a puzzle, we’ve got to see all the pieces,” Starnes said.

“There’s still some basketball kids we haven’t seen much of, we’ve had some kids who’ve been injured here and there, so until we get it all out there, it’s hard to know.

“We had some young kids last year step up, Maddie Bramblett for instance was a kid for us who, by the end of the year was starting in our lineup. Now she’s a junior and we’re hoping she takes the next step.

“For us we hope everybody takes the next step. We hope those JV kids last year that didn’t get to play as much varsity as they wanted, we’re hoping they step up. But until we get into some game-like situations, it’s hard to know how it’s all going to come together.”

As for the team’s District 7-3A competition, Starnes said many of the squads find themselves in similar situations.

“It’s weird how a lot of us are in the same boat in district,” Starnes said.

“So there’s a mix there of replacing and bringing back, and it seems like as you go through the district, everyone is kind of in the same boat. Peaster lost some big pieces, but they’re returning some really big pieces. Boyd maybe wasn’t as competitive as they wanted to be last year, but they’re gonna bring back a pitcher who will probably be healthier this year than she was last, and some pieces around her. Jacksboro played us tough both times, it was a one-run game over there and an extra inning game here. They return the pitcher who gave us fits both times and a good core around her.”

With that said, the Lady Eagles are capable of overcoming any obstacles that lie ahead, as long as the group works hard and plays together as a team, senior Kelsi Tonips said.

“I think we’re capable of accomplishing a lot,” Tonips said.

“We are capable of accomplishing all of our goals we’ve made. Win our district, win our tournament, we have a couple more, but as long as we work together as a team, we can accomplish anything. This is a really good group, and we get along really well. That’s not only good for us off the field but on the field as well, playing together as a team.”

The players’ work ethic out on the field in practice has helped foster those strong player connections, senior Hailey Blankenship said.

“We’ve had really good team bonding as well as a willingness to put in extra work to be better, and I think that’s something that makes me want to be out here more,” Blankenship said.

“I see a lot of hard work being put in out here.”

All of the above team goals and steps needed to accomplish them circle back to the team’s motto, senior Lauren Kizer said.

“I think that we can accomplish anything we set our minds to if we just focus on one game at a time and look at the big picture,” Kizer said.

“Own the tradition, own the past appearances in state and how far we’ve gone, own how much hard work previous teams have put in, and own your mistakes on the field.”

It is a mindset the Lady Eagles plan to carry with them as they prepare to write the team’s next chapter.