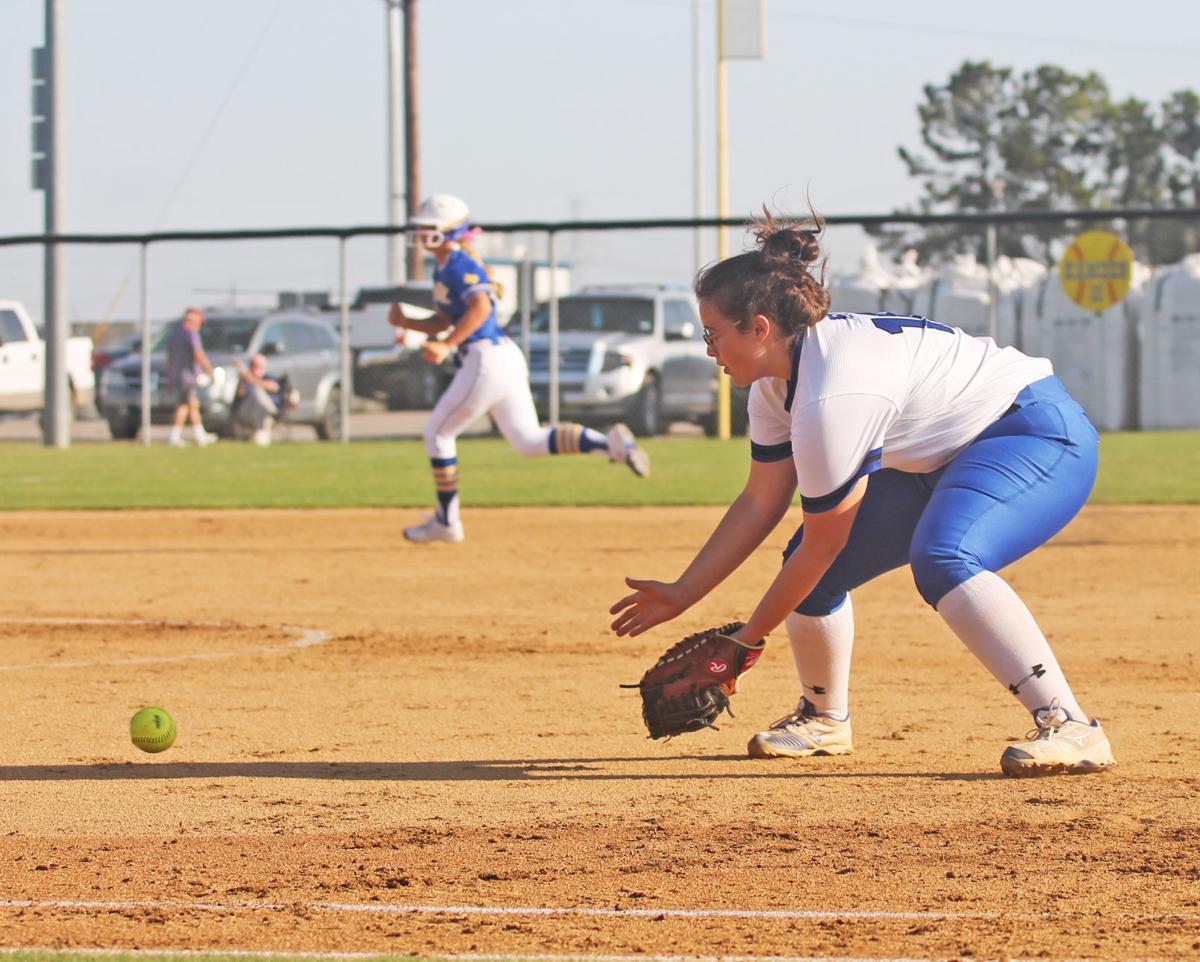 Peaster’s Kelie Ruddy fields a ground ball at first base during the Lady Greyhounds’ District 7-3A game against the rival Brock Lady Eagles Tuesday afternoon at home. 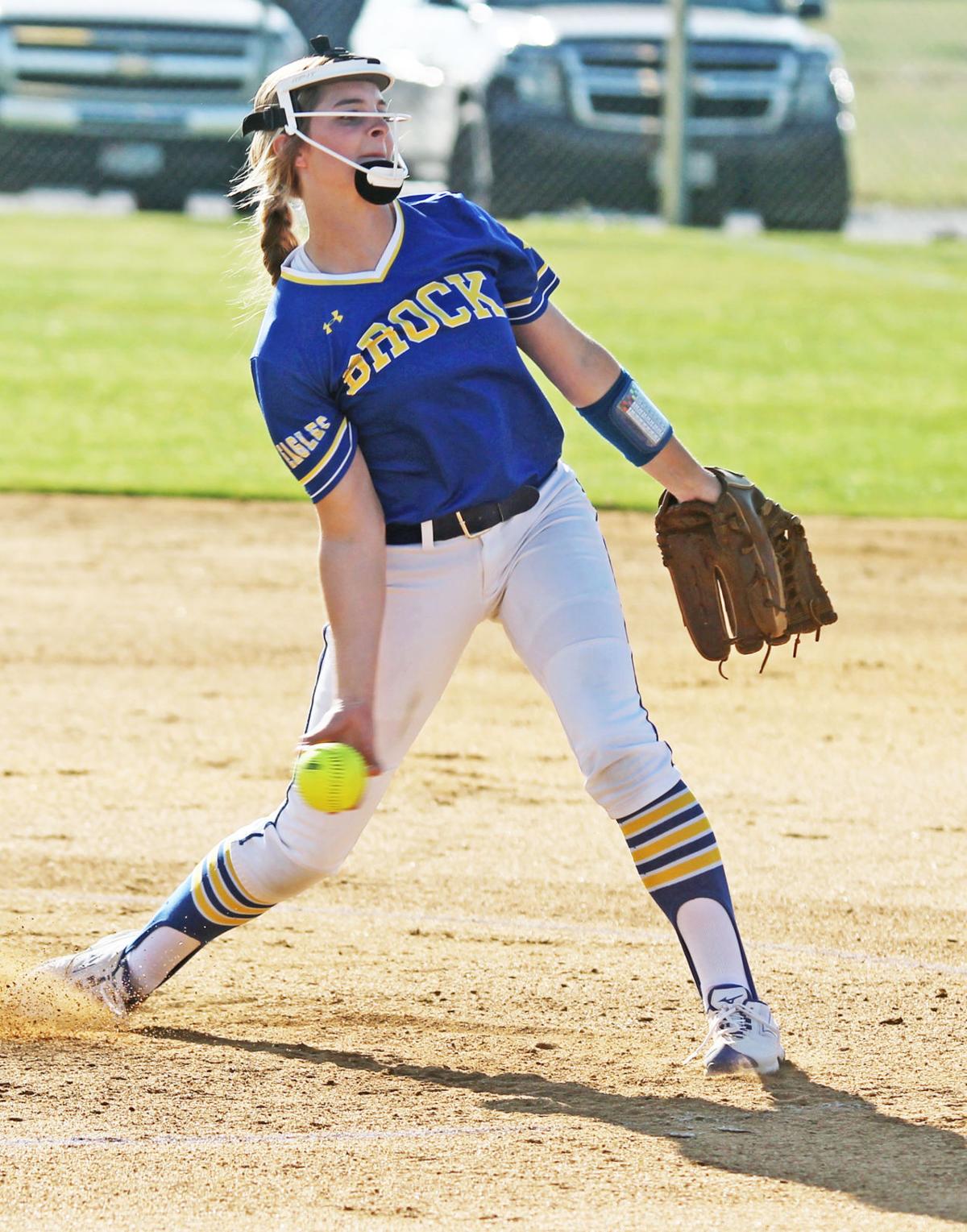 Brock’s Lauren Kizer got the start on the mound for the Lady Eagles, collecting 10 strikeouts. 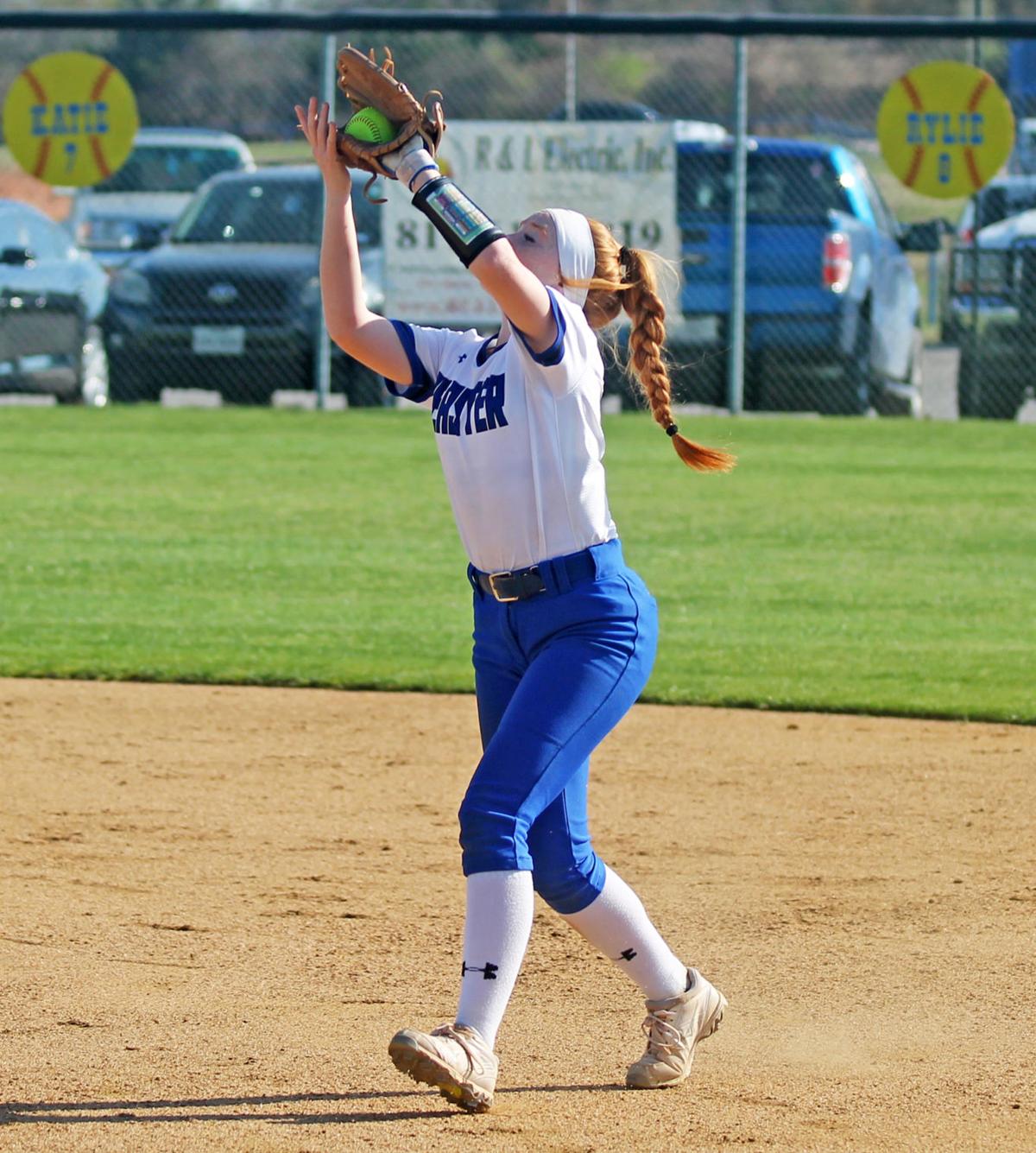 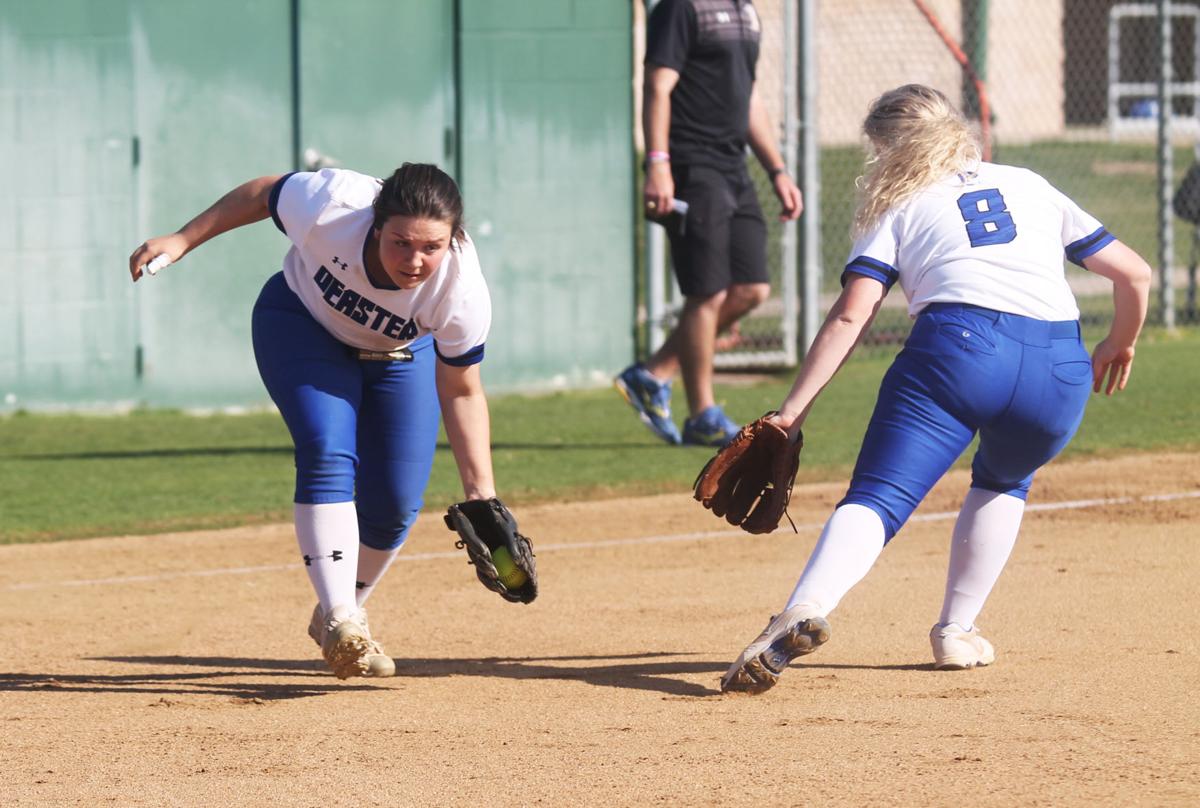 Peaster’s Kelie Ruddy fields a ground ball at first base during the Lady Greyhounds’ District 7-3A game against the rival Brock Lady Eagles Tuesday afternoon at home.

Brock’s Lauren Kizer got the start on the mound for the Lady Eagles, collecting 10 strikeouts.

The Peaster Lady Greyhounds came out on top in a defensive duel with the rival Brock Lady Eagles Tuesday afternoon at home, riding a late, two-run homer by senior Taci Tatum for a 2-1, District 7-3A win.

Tatum’s blast to left field in the bottom of the fifth inning shifted pressure to Brock, which had led, 1-0 since the top of the third.

Lady Greyhounds’ Head Coach Kayla Jennings said she was incredibly proud of Tatum, who came through for her team at a great time.

“I was scared at first because she wasn’t seeing the ball very well at her first at bat, but she really did on that [final] one,” Jennings said.

“Anytime a senior really steps up and has one of those big moments in a game like this is a memory-maker.”

The contest appeared primed for a much higher score at several points.

Peaster exited the bottom of the first inning with bases loaded after a strikeout by Brock pitcher Lauren Kizer, while the Lady Eagles’ own offense was retired with bases loaded in the top of the sixth after a force out at home.

In all, Brock and Peaster collectively left 16 runners on base.

Much of that had to do with strong showings from each team’s bullpen.

Both teams’ defenses also did well making plays behind their starters on the mound, including a pair of line drives snagged by Brock shortstop Payton Gasca and third baseman Maddie Murley, respectively, in the bottom of the third and a clutch ground out by Peaster first baseman Kelie Ruddy in the top of the seventh.

However, it was the Lady Greyhounds’ defense which closed the game, keeping their opponent off the board in the top of the seventh while leaving two Lady Eagle baserunners stranded.

Jennings said her team’s defensive effort was not perfect, but the unit came up with plays when it needed to most.

“I’m super proud with our mental game, our physical game, they stayed in it,” Jennings said.

“ To play a perfect defensive game is pretty hard, and we made mistakes, but we made the plays when necessary. We didn’t choke when we were down 1-0 that whole entire time, and that was our goal.

“I’m very proud of our defense.”

Much like the Lady Eagles’ district game against Boyd last week, Landry Felts had a great showing at the plate, doubling on a line drive to center field in the top of the third which drove in Kizer for Brock’s lone RBI.

Felts paced her team’s offense, going 2-for-3 at the plate.

Hailey Blankenship and Maddie Bramblett each added a hit for Brock.

Peaster plays the Millsap Lady Bulldogs in a district game at 5 p.m. Friday on the road.

Brock plays the Paradise Lady Panthers in a district game at 5 p.m. Friday on the road.