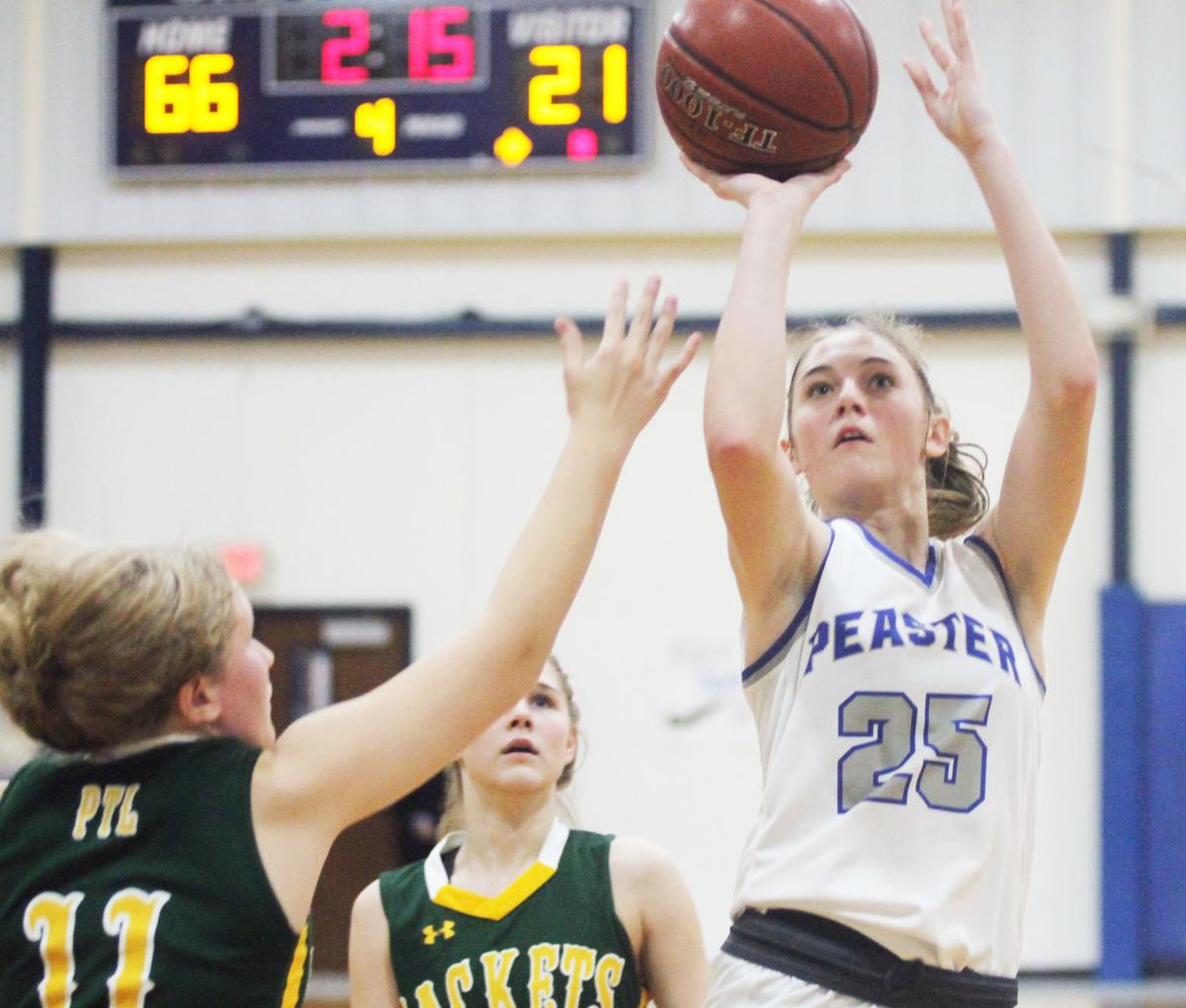 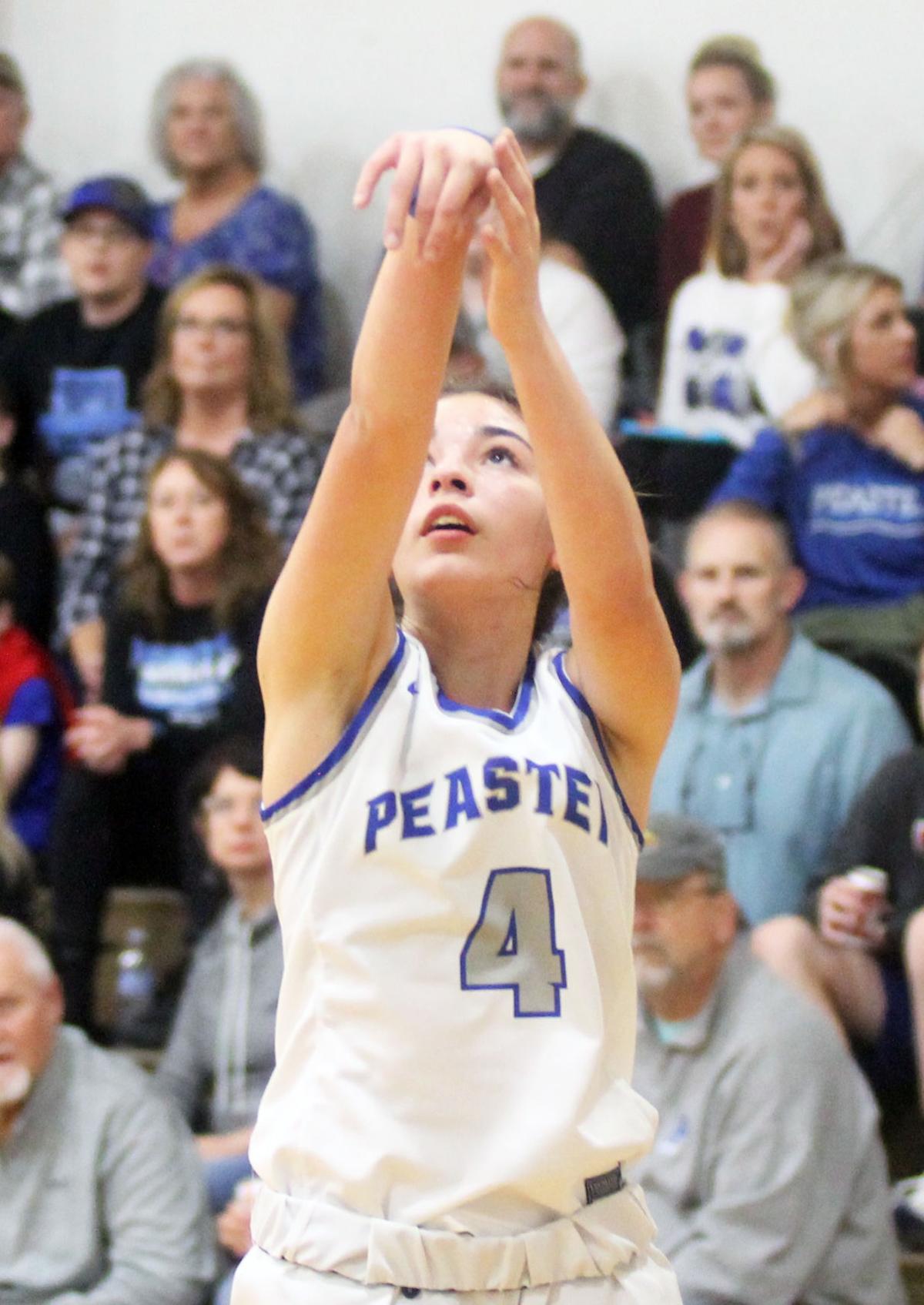 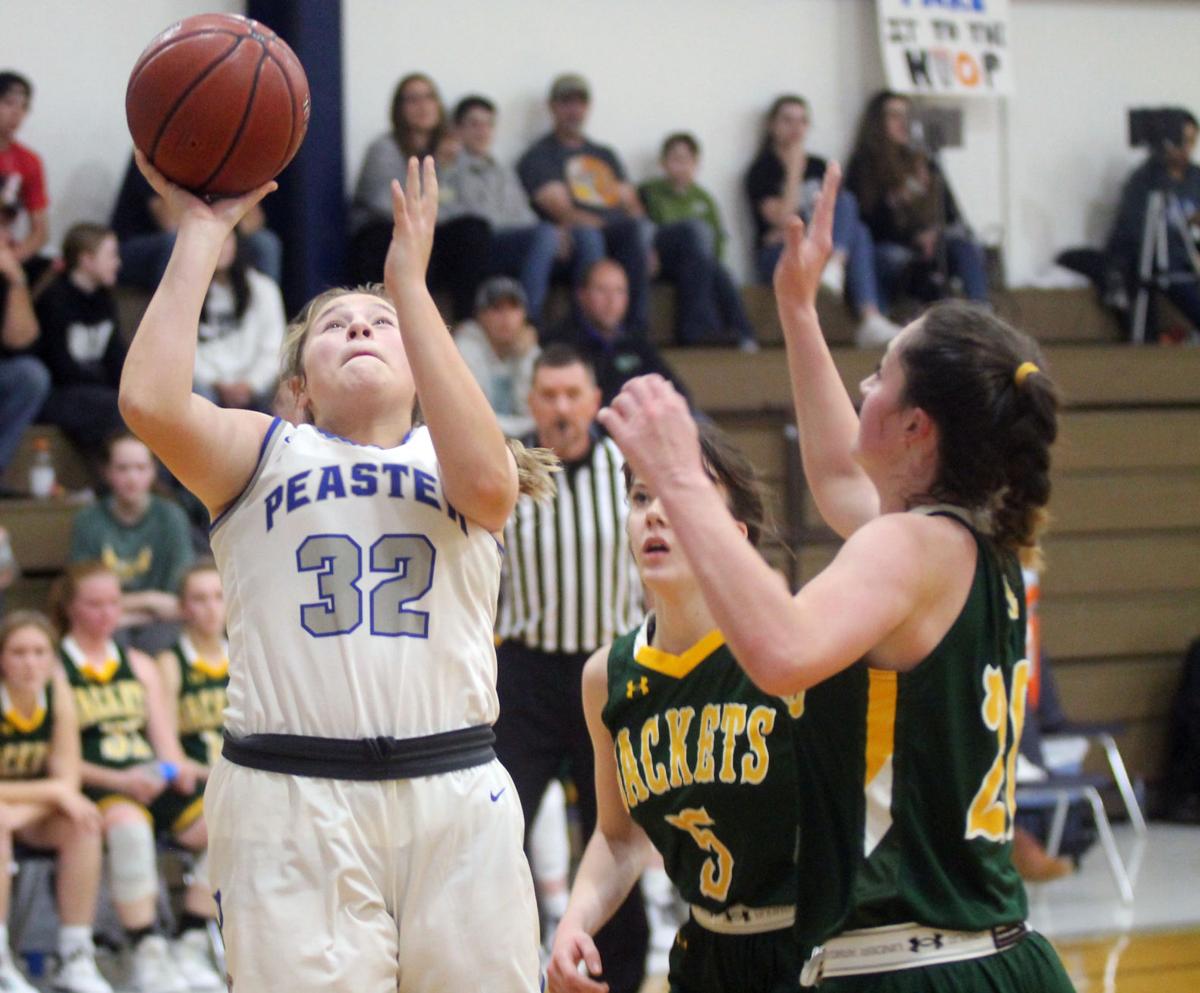 Peaster junior point guard Angel Gonzalez (32) goes up for a shot near the basket during Friday's District 7-3A game versus Boyd.

Peaster junior point guard Angel Gonzalez (32) goes up for a shot near the basket during Friday's District 7-3A game versus Boyd.

The Peaster Lady Greyhounds set the tone for a night of dominant varsity basketball Friday evening at home, routing the Boyd Lady Yellowjackets, 72-21 thanks to a stout defensive effort which did not allow the latter a 10-point performance in any quarter as well as a productive showing from beyond the three-point arc.

Boyd’s offense was never able to find its footing against Peaster, which limited the former to three and nine points in the first two quarters, respectively.

The Lady Yellowjackets’ fortunes on the offensive end did not improve in the second half either, as the team respectively managed only four and five points in the final two frames.

Peaster Head Coach Benita Carlton said her team did well adjusting to a new defensive look, noting that the Lady Greyhounds were consistently able to apply pressure to the Lady Yellowjackets despite the changes.

“I thought we played great defensively, we executed,” Carlton said.

“We made a couple changes actually to our defense as far as position, where people normally play, and I thought they adjusted well to that, and we looked good out of it.

“Then we were able to just stay in our half court zone and get some pressure out of that. Sometimes people think you get in a zone and you’re not really going hard or putting pressure on your opponent, but the way we like to play our zone, we still like to put pressure on people and I thought we did a good job of that.”

With Boyd’s offense stuck in neutral, Peaster’s own attack got to work, with 10 total players chipping in points.

Peaster totaled eight three-point field goals, an attribute of the Lady Greyhounds’ attack Carlton said the group has continued to improve on throughout the season.

“That’s one thing that this group has really worked hard on,” Carlton said.

“They’ve put time in the gym to get better shooting from the outside. We just want to stay consistent with that. Sometimes you can’t control a shooting night, and, there were a couple early in the game  [Friday] they weren’t making, but I just told them, ‘Keep shooting and it will come.’ I thought we did well from the outside.”

Peaster plays the Millsap Lady Bulldogs in a district game at 6:15 p.m. Tuesday on the road.