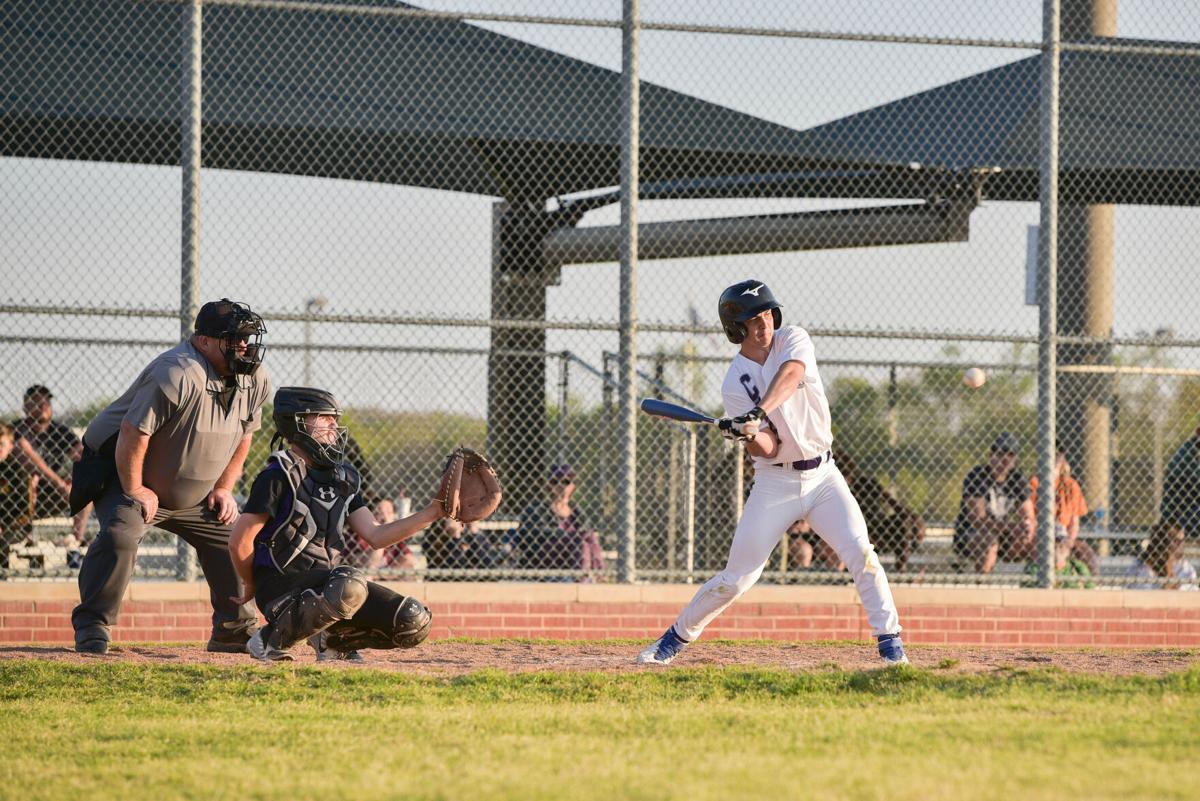 The Warriors didn't win any games in their inaugural season but came close on several occasions. 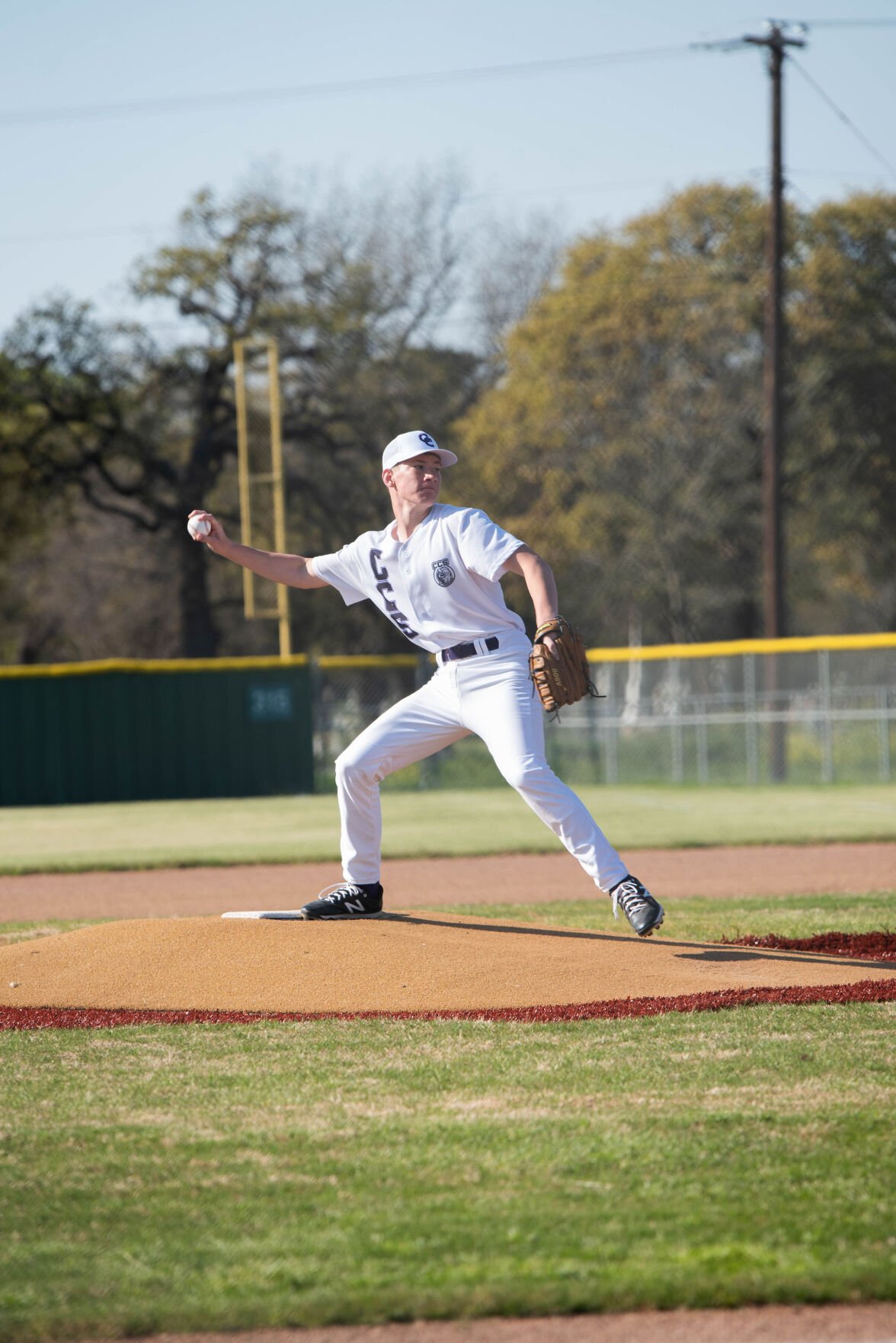 Community Christian fielded a baseball team for the first time in school history.

The Warriors didn't win any games in their inaugural season but came close on several occasions.

Community Christian fielded a baseball team for the first time in school history.

The Warriors played a dozen baseball games this season, and each and every game ended in a loss.

Athletic Director Brian Rodricks wanted to expand the school’s sports program. The players had a blast knocking the ball around. Coaches enjoyed teaching them. Together, they created a baseball team four weeks before the season began and finished with style, playing well and having fun.

Rodricks, who has hired at the school two years ago, had been hearing some of the boys talking about wanting to play baseball. Rodricks had established a football program in his first year and figured a baseball team was just as doable.

"As with any well-rounded sports program, you want to offer as many sports that you can do and do well,” he said.

Community Christian had been a basketball school primarily but has established football, track and golf more recently. Baseball seemed like the logical next step.

“It attracts kids to your school," Rodricks said. "Everybody loves baseball. It’s probably one of the biggest youth sports in the country.”

He recalled phone conversations with parents considering enrolling their kids who expressed surprise that baseball wasn’t being offered. The school hadn’t budgeted for baseball, but a parent offered to put up the money for uniforms. The team used fundraisers to reimburse the parent and buy more equipment. Another parent donated bats.

“It definitely worked out well and got the kids out there and playing,” Rodricks said.

The Warriors played an independent, or “rogue,” schedule without a league affiliation. All their games were played on the road since they had no home field. Rodricks scheduled 15 games but some were rained out and not rescheduled.

A "Bad News Bears" kind of feeling might have permeated those early practices, although improvement came quickly. The Warriors were blown out of their first two games but lost the third and fourth by slim margins.

“Some of these guys had never played baseball before,” said Head Coach Cole Gore. “More than half of the team didn’t know how to play baseball.”

Gore is a recent graduate at Community Christian. He attended the school as a senior but played private club baseball. Gore accepted the challenge to coach even though the season would begin in a matter of weeks.

Rodricks was impressed by Gore’s results.

“These guys couldn’t hit a baseball, and by the end of the season everybody was swinging the bat and hitting the ball and making good throws,” Rodricks said. “It was really nice to see that.”

The team’s only senior, Riggin Parker, took a leadership role.

“He stepped up so much as a senior and played good ball this year,” Gore said. “We’d get down a little bit in our heads, and Riggin would get these boys pumped up a little bit, and we’d start making good runs at the end of games.”

Diving head first into the baseball season without overthinking everything appears to have worked out well.

“By the end of the year, you could see improvement in each of the kids,” Rodricks said. “That last game, pitchers were throwing strikes, ball were being hit, we were fielding balls and throwing runners out at first base. It had the feel of a baseball game.

“It was really encouraging — even though we didn’t win a game — to see our progress. Next year, we are hoping to get a little more specific while working on our pitchers and catchers and primary positions.”

The team plans to use the Mineral Wells Little League baseball complex as its home field. The complex has six diamonds, with one adaptable for high school baseball. That big field is unplayable currently and will need to be refurbished.

“We will be able to lend them some manpower and go out there on weekends with some parents and do some raking and digging or whatever we need to do to get it playable for next year,” Rodricks said.

Most of the players will return next season, and Gore and Rodricks anticipate more improvements. Their rogue days are over, and the Warriors will join the Texas Christian Athletic Fellowship (TCAF) league in 2022.

“We will be doing some offseason workouts soon,” Gore said. “These kids have been to school together for most of their lives at Community Christian. The team chemistry was pretty good. I’m excited for next year. I’m lucky to be able to coach these guys.”