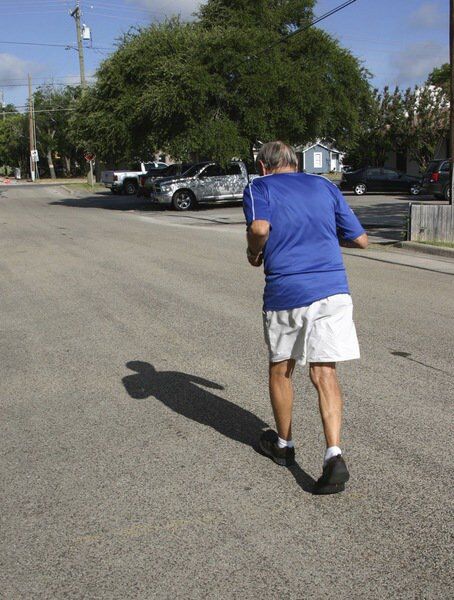 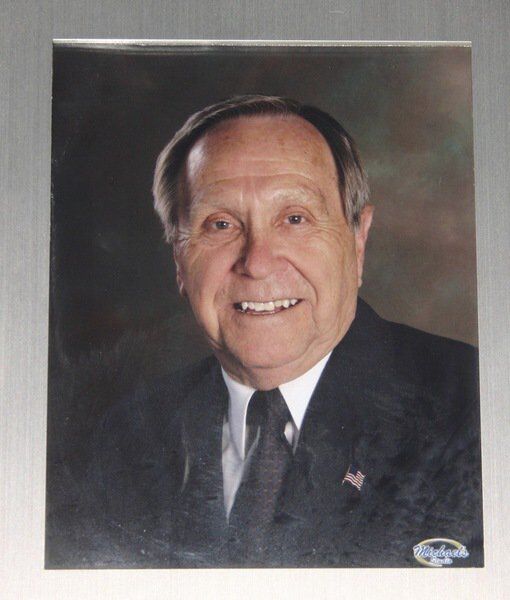 Arthur Stockstill jogs six mornings a week — Sundays off! — and keeps himself physically fit at 85.

“I walk and jog about three miles,” he said. “People have seen me and say, ‘I saw you jogging the other day.’ I say, ‘How can you tell?’ My jogging is about as slow as my walking now.”

Stockstill will never break Weatherford High School’s record time in the 100-yard dash that he set in 1953, but nobody else will, either. In 1979, Stockstill’s record was still standing when high schools adopted the metric system for track and field. The 100-yard race became 100 meters, meaning Stockstill’s pre-metric record remains etched in local lore.

That long ago day in 1953 remains vivid in Stockstill’s mind. He and his teammates had traveled from Weatherford to Farrington Field in Fort Worth for a spring track meet. He wore shorts and a sleeveless shirt and carried with him his lightweight track shoes with metal spikes on the bottom.

A maintenance crew had watered and rolled the field’s red-tinged cinder track in preparation for the races on what turned out to be a gorgeous day. The sprinters ran from south to north on the straight part of the track, and, though Stockstill can’t say for sure, he believes there must have been a tail wind blowing.

“There may have been a hurricane behind me,” he said, chuckling.

“It was almost a tie, but they gave me the win on it,” Stockstill recalled.

His time? An astounding 9.8 seconds.

Stockstill, always quick out of the starting blocks, had a knack for anticipating pistol shots that kicked off races. Often, his coach selected him to run the first leg during relay races to establish quick leads.

Prior to the meet at Farrington Field, Stockstill’s fastest time in the 100-yard dash had been 10 seconds flat. His track coach had only just begun compiling the school’s fastest times at meets, and Stockstill can’t recall what the previous record had been.

Stockstill never ran the event faster than 10 seconds at another high school meet, although he hit 9.9 several times during college at East Texas State Teachers College, where he received a full scholarship because of his knack on the track.

After graduating with a degree in business administration, Stockstill enlisted in the U.S. Army and served from 1957 to 1960. He didn’t see combat but saw something unusual — the world’s most famous rock star.

“I saw Elvis Presley,” he said. “He was a jeep driver, and I saw him at a distance. I told everybody.”

After completing his service, Stockstill returned to Weatherford and worked at his brother’s John Deere tractor business for a while before becoming a teacher at Weatherford High. He earned his master’s degree in counseling at North Texas State University, and was hired at Weatherford College. Over the next 36 years, he served as counselor, registrar and dean of admissions at the college before retiring in 2007.

At his side through those years was LaDonna Stockstill. They married on Feb. 18, 1964 and remained happily wedded until LaDonna’s death in 2018.

“She had a very rare form of cancer,” Stockstill said. “She always thought I was tough, but she was much tougher than me. She was on dialysis for 13 years.”

Their two sons — A.G. and Mark — call Stockstill daily to keep in touch.

In 2007, Stockstill was voted into the Weatherford High School Athletic Hall of Fame that honors athletes and coaches who have made outstanding contributions to the school’s athletic program. Two years earlier, he had earned the Ex-Student Association’s Distinguished Alumnus and Service Award, established in 1998 as the highest honor given to a Weatherford High graduate.

On a recent morning, Stockstill wore a face mask when answering a knock on his door. He is quarantining himself for the entire summer in anticipation of a special October event.

Smart money will bet on the remarkably fit Stockstill to keep that date. Each morning before his 3-mile jog, he stretches and does 51 pushups.

“In case I miscount,” he said.