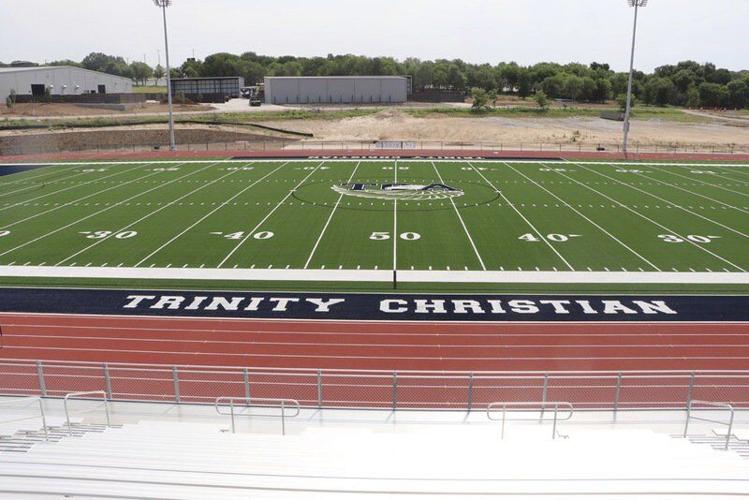 For the first time ever, the Trinity Christian Eagles will set foot on their very own field as part of the school’s new athletic complex. 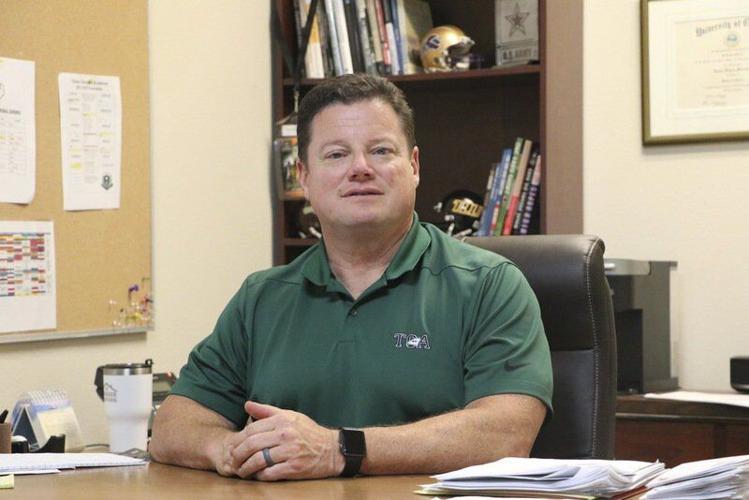 For the first time ever, the Trinity Christian Eagles will set foot on their very own field as part of the school’s new athletic complex.

Hired in March, Marmion comes to Willow Park from Grapevine Faith Christian School. He’ll handle AD duties as well as take over the head football coaching position for the Eagles.

This hire kicks off a period of new arrivals for the Eagles, as they are also in the process of building their first athletic facility on campus, which includes a football field, baseball and softball fields and track.

After 21 years in San Antonio, Marmion wanted to be closer to family, even if it meant taking a step back to being an assistant AD and just volunteering with the football team over at Grapevine Faith.

“I was going stir crazy,” Marmion said. “I had driven by TCA over years of being out in the area, and seeing it from the freeway. I thought that this would be a great area to live, Parker County is awesome.”

For the new AD, it came as one of those opportunities out of the blue.

“I ran into the head of TAPPS,” Marmion said. “He asked what I was up to, I told him I was looking at my options. He told me, ‘Well you need to look at TCA, they have some amazing things going on.’”

That’s when he decided to throw his hat into the ring as part of a school that continues to grow.

“This is kind of a unique time in the school’s history,” Marmion said. “This area is exploding population-wise as Fort Worth grows west. We understand the opportunity for the school to kind of move out of the ‘little mom and pop corner shop’ school that it has been for years to kind of turn into a little of a ‘grocery store’ school.”

“We were blessed with a little over 80 acres right next to the campus,” Marmion said. “The football field, the track and the home grandstand are all in, and by the end of the summer the press box and scoreboard will be in.”

Those are all part of phase one. The next phases go into adding a baseball and softball field, tennis courts and an indoor training facility.

Up until now, the school played where they could, but never truly hosted a game on campus.

“Track had to play somewhere else, baseball and softball have been off-campus,” Marmion said. “This is a significant commitment on the side of the school. It shows the value we place on athletics. It will change the face and the culture on campus having these facilities.”