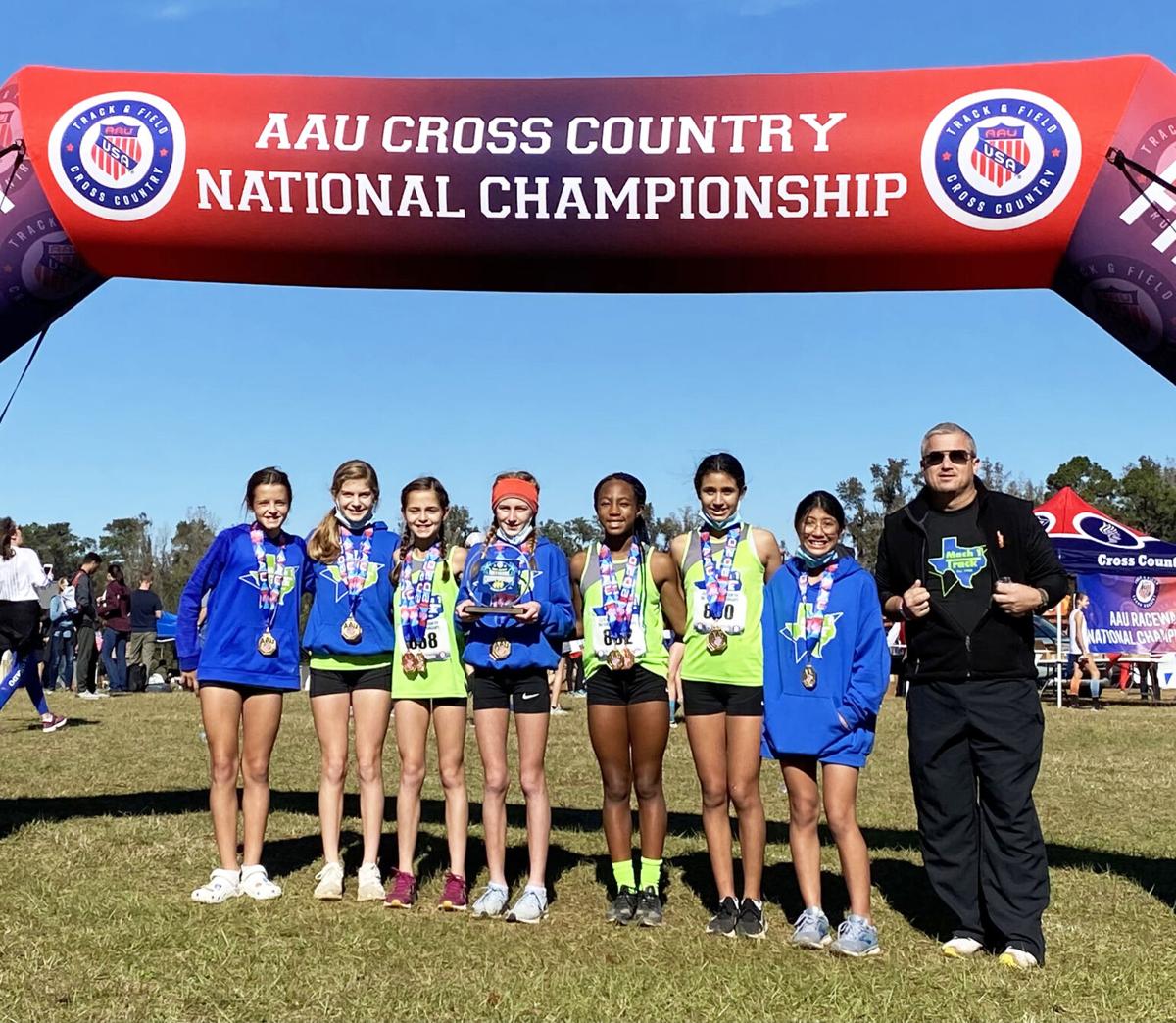 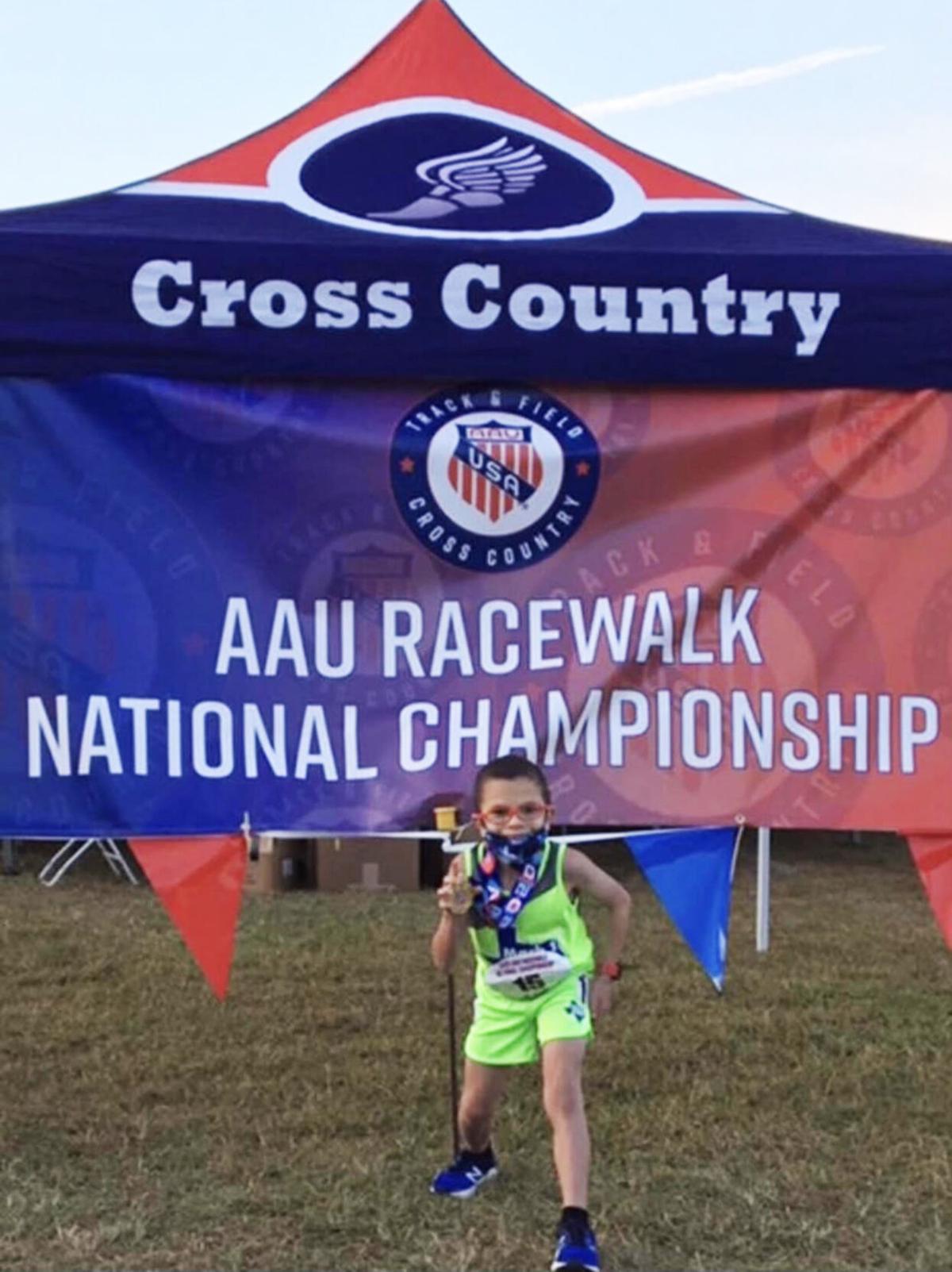 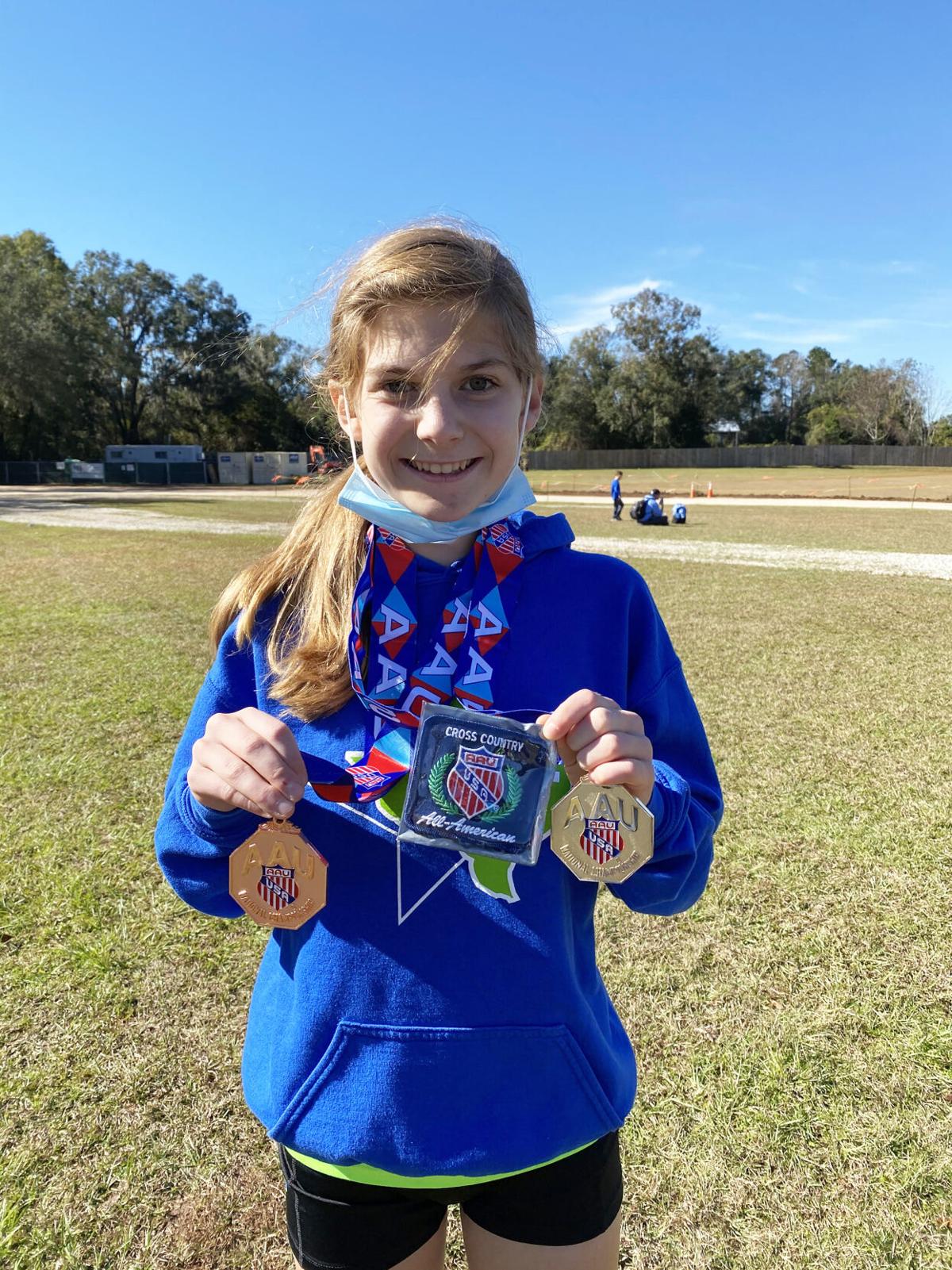 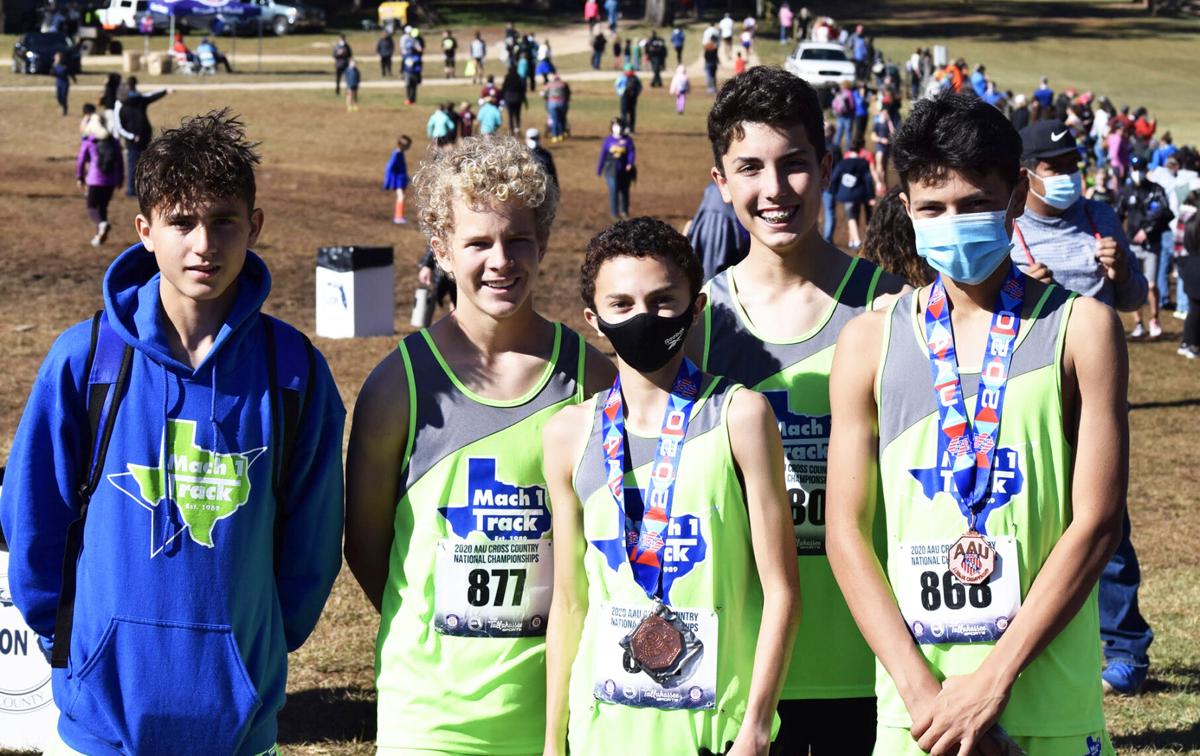 The club sent 22 runners to compete at the nationals, and 14 of then earned medals, including five All-American performances.

Winning the team national championship in the 3K for girls ages 11 and 12 were Madison Larsen, Micah Neal, Mykel Murry, Mayden Mitchell, Sofia Brandenburg, Elizabeth Griffin and Emerita Strathmeyer. They competed against 16 teams and 240 runners, and their team average was 10:51 for its top five runners. All seven runners received gold medals and a team trophy.

Josh Fink got off to an explosive start in the 1K race walk contest for 10-year-old boys and won a national gold medal with a time of 5:36.10.

Several Mach 1 runners achieved top 25 finishes, which is difficult to accomplish at this level of competition.

“It was nice to see these girls stick together through these tough times and flip the switch on the two teams that beat them when they competed as 9-10 year olds in icy conditions in the national XC meet in Reno, Nevada two years ago,” said Matt Mitchell, who coaches 12-and-under kids for Mach 1. “They competed against talented Pacific Coast Shockwaves runners from California with six locations and Kokopelli Racing Team from Colorado, a big club that trains in the altitude.”

“The girls deserve this level of recognition for their awesome dedication and determination through their years of training in the Mach 1 system,” he said. “They always give it their all.”

Mach 1 Head Coach Lupe Torres described the season as “really tough and challenging” because of COVID-19 but said the team’s athletes adapted and worked hard at every session.

“That’s the main thing you can say about this group — they have an outstanding work ethic,” he said. “Everyone ran really well and almost everyone had a personal record.”

The competition was fierce at the national tournament, he said.

“Coach Matt Mitchell and I are really proud of our athletes,” he said. “It was a great way to end the season with multiple national champion winners and multiple medals.”