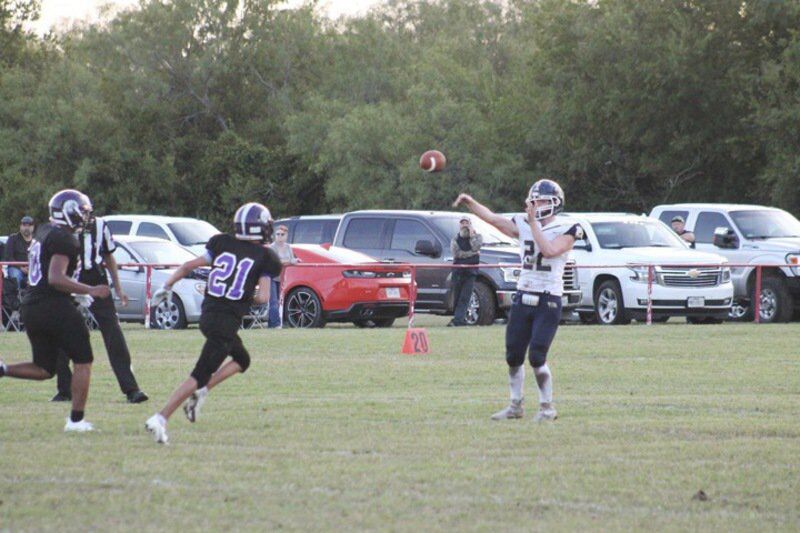 Perrin-Whitt junior Tyler Welch is Offensive Newcomer of the Year 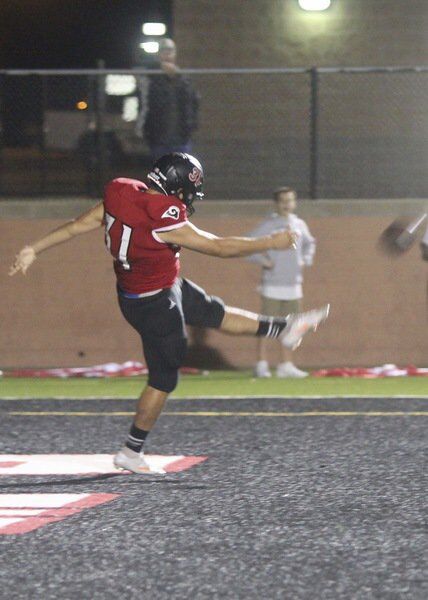 Mineral Wells senior Marvin Renteria, shown here punting out of the end zone, is Special Teams Player of the Year 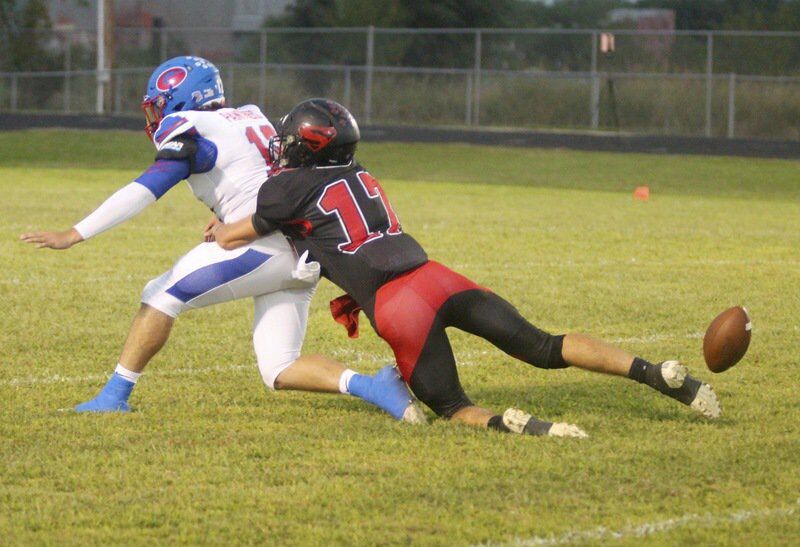 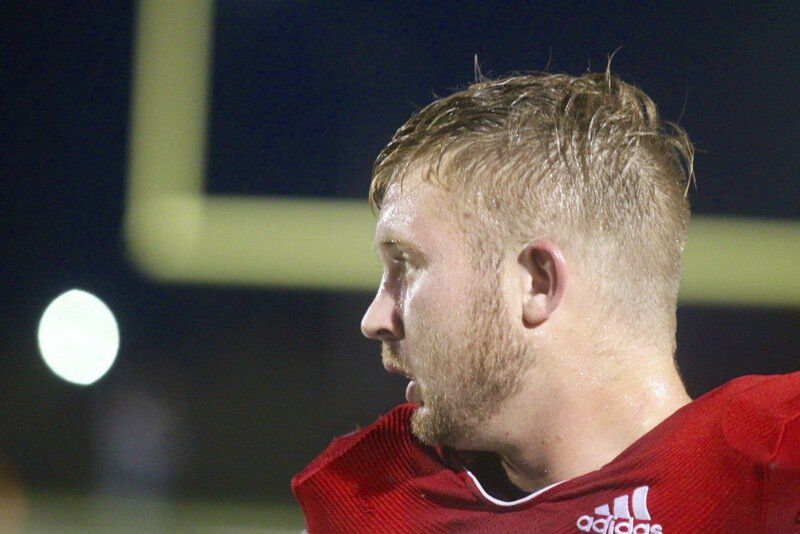 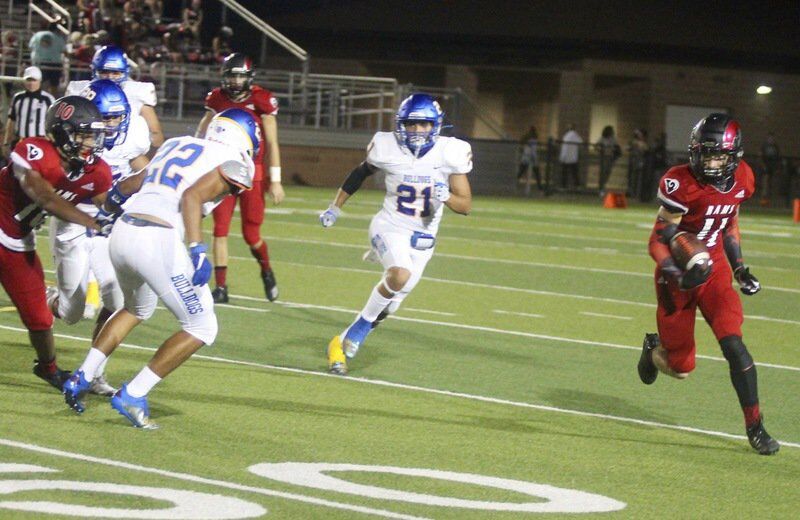 Mineral Wells junior Tristan Gray, shown running with the ball, is the Utility Player of the Year. 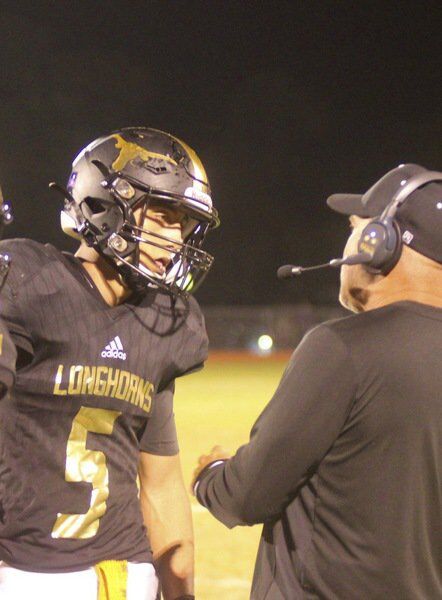 Gordon’s Morgan Mahan is Offensive Player of the Year 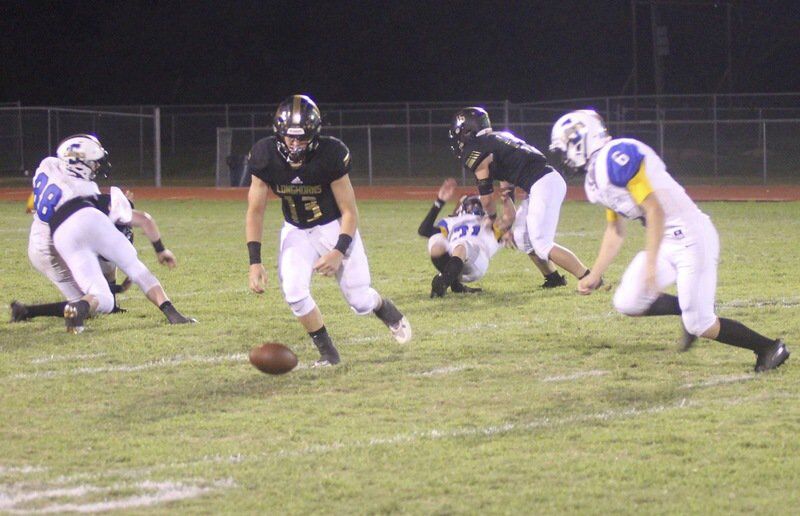 Gordon freshman Robert Freeman is Utility Newcomer of the Year 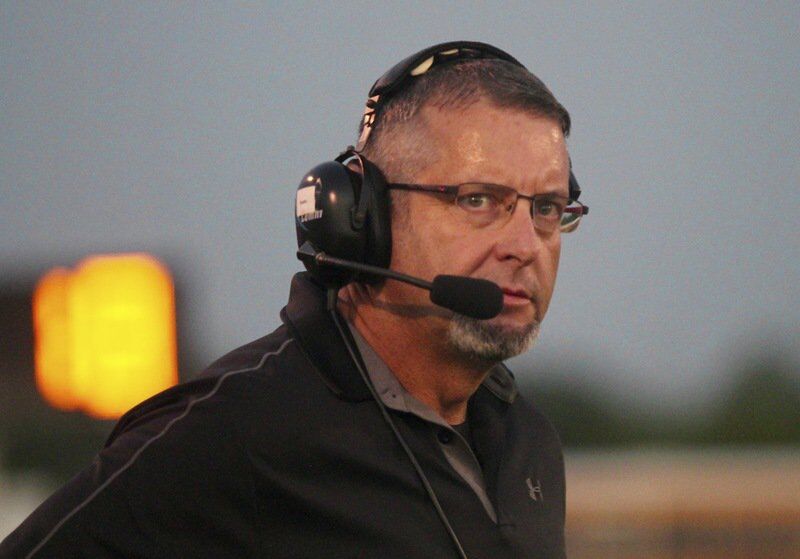 Dewaine Lee in Strawn is Coach of the Year

Below is a list of superlative awards as well as a roster that includes some of the top players from Palo Pinto County’s UIL-sanctioned high schools. The UIL All-Palo Pinto County team is determined by coaches’ nominations, all-district lists and input from Weatherford Democrat employees.

Eli was the workhorse for the Greyhounds this year. On offense, he playing running back and logged 1,547 yards and 39 touchdowns. On defense, the linebacker led the team in tackles and nabbed five interceptions. He was voted All Region offensive MVP and All State running back.

Morgan stood out on the Longhorns roster as a dynamic and versatile baller, playing numerous positions and making an impact at all of them. At quarterback, he threw for 19 TDs with zero interceptions and almost 1,000 yards of real estate. As a runner, he scored nine TDs and averaged better than 10 yards a carry. On defense, he made 106 tackles, eight sacks and two interceptions.

The inside linebacker was the heart of the Rams defense that overcame numerous tribulations this season due to COVID-19 quarantines to pummel their way into the playoffs. Ethridge, a two-year captain, made 90 tackles, three sacks and nine tackles for losses while earning first-team all district honors.

Special Teams Player of the Year

The strong-legged Renteria was named an all-district kicker four years in a row. He sent the ball sailing into the end zone for touchbacks most every time he kicked off and missed only one PAT and one field goal this season. He set a school record with a 51-yard field goal — breaking the record he set last year with a 50 yarder. He averaged 42 yards a punt and sent one soaring for 72 yards.

Utility Player of the Year

Statistics don’t tell the full story on Gray, whose presence on the field impacts games in many ways, not all of them quantifiable. Even in a shortened season due to quarantines, the tough and competitive Gray scored a handful of TDs and gained 650 all purpose yards while also returning punts and kickoffs and starting at defensive safety all year.

Offensive Newcomer of the Year

Big No. 22 stepped into the leadership role for the Pirates this season and set a prime example of how to do things the right way on and off the field. Welch was a prolific scorer whether passing — 19 TDs — or running — 18 TDs. He rushed for 1,149 yards and averaged 10 yards a carry.

Defensive Newcomer of the Year

As a starter this year, defensive back Tunnell made eight interceptions. His heads-up ball-hawking helped push Strawn to the playoffs in six-man football, where they won three playoff games before falling to Richland Springs in a heartbreaker in the semifinals.

Utility Newcomer of the Year

Freeman filled in at running back and scored 11 TDs on 72 carries when he wasn’t holding down a linebacker position, where he made 81 tackles. He was selected as 1A District 2’s Best Newcomer.

Lee is a father figure to the boys of Strawn, a small town obsessed with winning the state championship each year. Lee carries the pressure well, pushing his team hard while also keeping the big picture in mind and having an open door policy for families and townsfolk, who are invited to watch game film with the coach at the field house each week.

QB: Mason Facteau, sophomore, Mineral Wells (this tough team player started the year on the junior varsity but ended up starting as quarterback on varsity and completed better than 50% of his passes)

RB: Lorenzo Garcia, junior, Strawn (first-team All Region, soon-to-be TV star (Texas 6, CBS All Access), a bruiser on both sides of the ball rushed for 1,245 yards and 25 TDs at fullback and made 85 tackles on defense)

DL: Jade Barrett, senior, Strawn (All State defensive end, All Region defensive MVP, a knack for finding the football and making an impact)

DL: Tyson Reeves, junior, Mineral Wells (two-way starter with a fast motor could have made first team as an OL or DL)

DB: Robbie Gillen, junior, Mineral Wells (second-year starter made three interceptions while covering the No. 1 wide receiver in every game)

QB: Whit Fuller, freshman, Gordon (filled in at quarterback late in the season and completed 57% of his passes for 497 yards and 8 TDs)