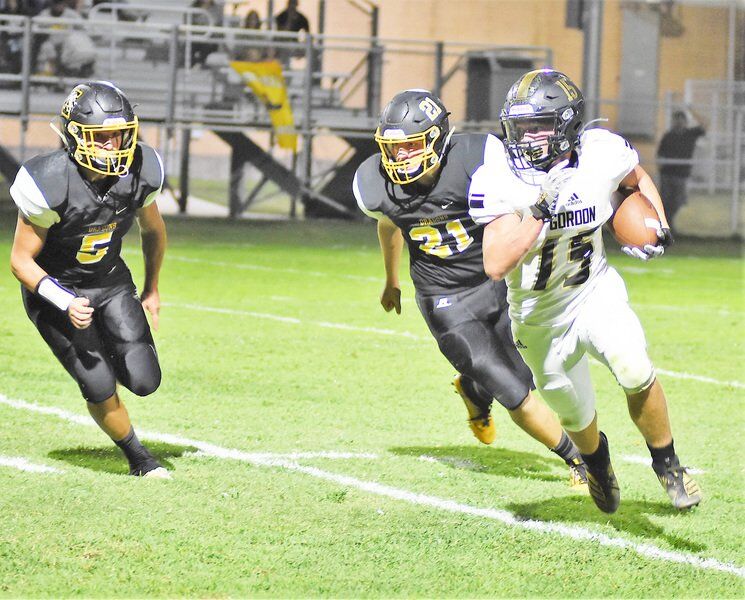 Running back Hoss Rouse and the Gordon Longhorns take the field Saturday. 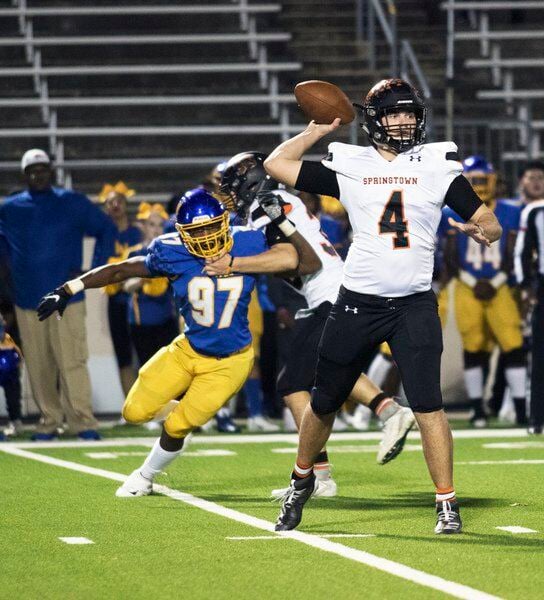 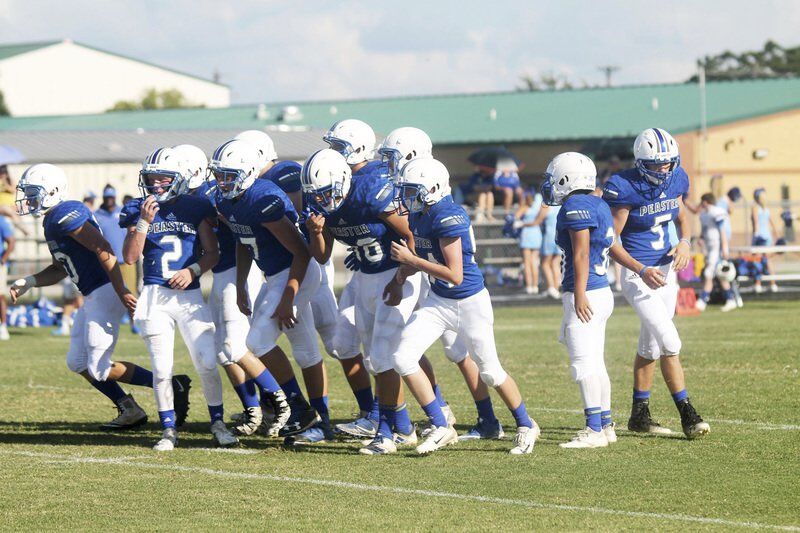 The Peaster Greyhounds are entering their inaugural UIL season with a contest against Venus Friday. 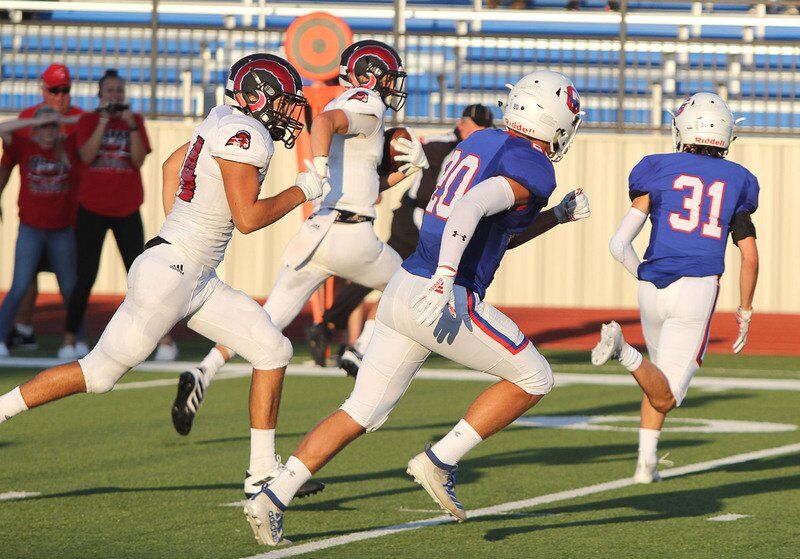 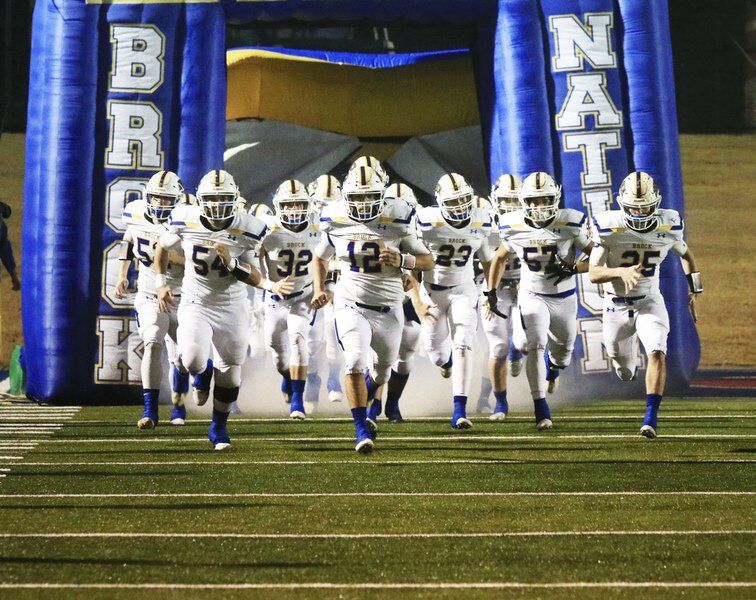 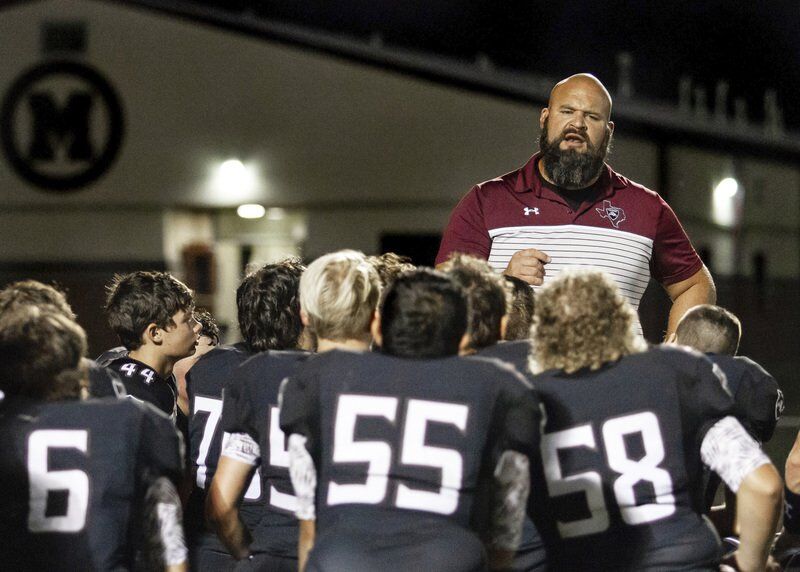 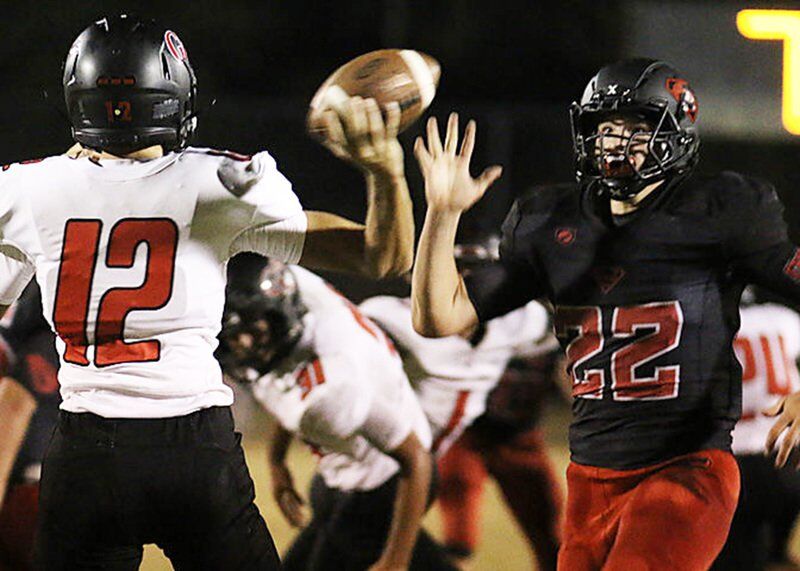 Jade Barrett and the Strawn Greyhounds take the field Friday. 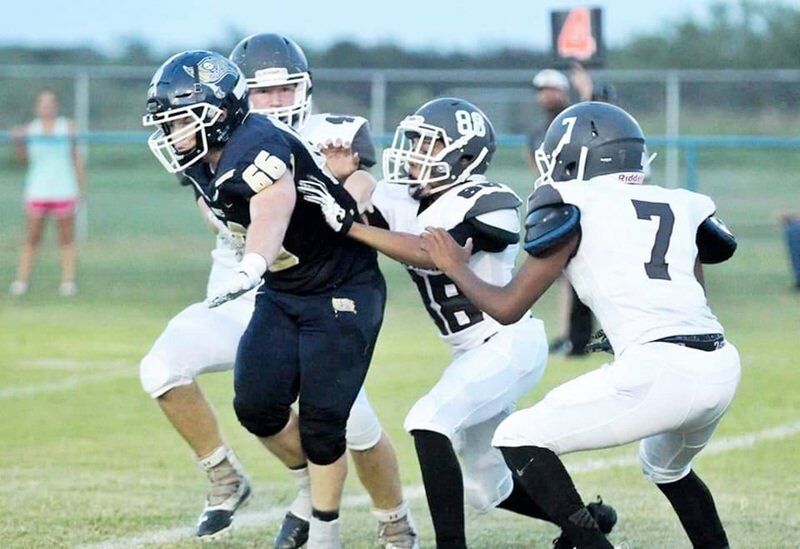 Jake Holmes and the Perrin-Whitt defense will look to stop Gold-Burg Friday night.

High school football’s Friday night lights are set to shine again this week despite flickering in the offseason amid pandemic concerns. COVID-19 forced changes that will delay football for another month at big schools such Aledo and Weatherford, but smaller schools kick off their seasons this weekend. Area coaches say they are thankful to play games in a season abbreviated by the coronavirus.

Key Facts: Springtown is coming off its best season — 13 wins — but still smarting from dropping a semifinals match to the defending state champion Waco La Vega. The Porcupines are young with a mere four returning starters on offense and three on defense, but the team is picked to win its district behind the stoic leadership of quarterback Camden Chesney and sticky hands of wide receiver Andy Behle.

Key Facts: Early predictions have the Rams finishing near the bottom of the pack in district play, although the team boasts several strong skill players and an improving defense. Mineral Wells faces a strong Yellowjackets team but will enjoy home field advantage.

Key Facts: Brock has a veteran team with playoff experience and a burning desire to reclaim the state championship that it last held in 2015. They play in a strong district, so winning it all won’t be easy. Their first opponent — the non-conference Bushland Falcons — is favored to win its district behind the strong arm of QB Coleman Junell. The Eagles secondary, still a question mark at this point, will need to contain Junell to win this game.

Key Facts: This season, the Peaster Greyhounds enter UIL competition after three years of developing an 11-man football team and playing in outlaw leagues. The team is young and inexperienced but excited and eager to show what they can do. New head Coach Gary McElroy isn’t making guarantees about where his team will finish this season but sees a promising bunch of players that bodes well for the future.

Key Facts: Millsap is expected to struggle this season. Dave Campbell’s Football guide pegged the Bulldogs to finish next to last in its district and out of the playoffs. The team is returning many of its starters, however, and could surprise the skeptics. In 2019, the team’s 4-6 record was deceiving — several losses were by narrow margins. The Bulldogs have bite, and they’ll try to chomp the Eagles early.

Key Facts: The Strawn Greyhounds are picked to win first place against their district competition. How far they’ll go in the playoffs is anybody’s guess, but two-way superstar and budding all-state candidate Luke Eli will help maximize their potential.

Key Facts: The Perrin-Whitt Pirates are a savvy bunch of experienced upperclassmen coming off a strong 2019 that saw them finish 8-3 overall and 3-1 in district play. The Pirates face a tough schedule this season, however, and are picked by Dave Campbell’s Football guide to finish next to last in its division of six-man play. The Pirates will be keen to change that perception.

Noon on Saturday at Jayton

Key Facts: Dave Campbell’s Football guide loves the elusive Morgan Mahan, picked as the preseason offensive MVP in the team’s six-man football district. Campbell noted the running back’s size, speed and ability to punish opponents who get in his way. The Longhorns are young, with only one senior on the roster, but boast a talented bunch of underclassmen. The team is predicted to finish second in its district behind Strawn.