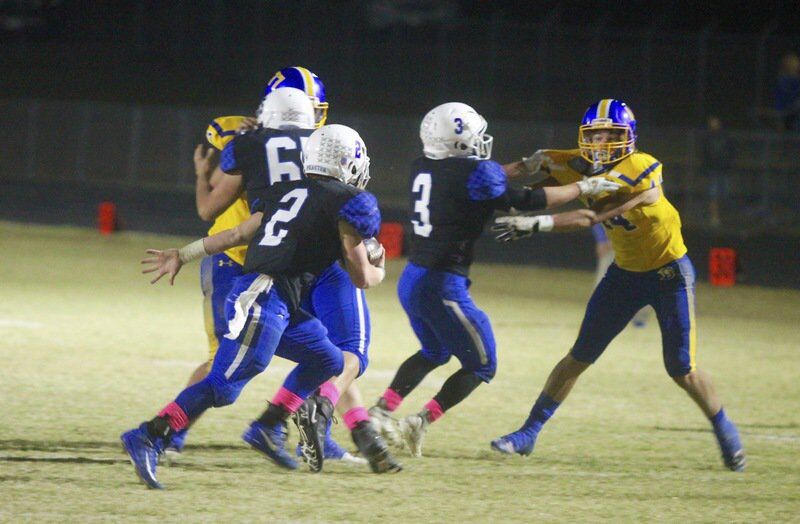 Running back Zane O’Donnell and the Peaster Greyhounds proved they were ready to compete with other teams in UIL competition this year. 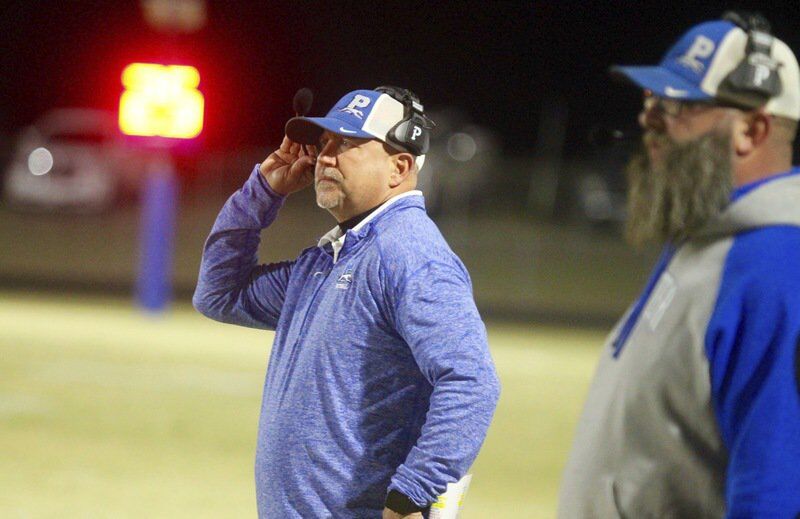 Running back Zane O’Donnell and the Peaster Greyhounds proved they were ready to compete with other teams in UIL competition this year.

A year ago, people in Peaster were uncertain whether their fledgling football team was ready to compete with the big boys in the University Interscholastic League. Now, they’re proud of what their Greyhounds accomplished in the team’s debut season and look forward to many more years of gridiron action.

“It was the best move we could make, getting into UIL,” Head Coach Gary McElroy said. “We had to start sometime.”

The Greyhounds had been developing a team for three years by playing against small schools in outlaw leagues and were eager to match their skills against the likes of Brock, Pilot Point, Boyd and other powerhouse teams in the highly competitive 3A-1 Region I.

A few folks in Peaster weren’t so sure. The team was still young. Most of the athletes were underclassmen accustomed to playing against spotty competition in outlaw leagues. Could they compete? Would they be hurt?

In October of 2019, the Peaster ISD board of trustees voted to wait until at least 2022 before seeking inclusion in UIL competition.

Two months later, however, the school hired a new superintendent, Lance Johnson, and a new athletic director and football coach, Gary McElroy, and those two weren’t interested in dawdling. They wanted their team in the UIL, and what a splash the Greyhounds made when they finally hit the field in late August. Little ol’ Peaster, with McElroy on the sidelines and his son, Gunner, at quarterback, outplayed their first three non-district opponents. Gunner, a sophomore, was running and gunning like a savvy veteran as the Greyhounds blanked Venus 34-0, smacked Alvord 42-23 and prevailed 18-12 in a tough battle against Collinsville.

Then came the Pilot Point district game in late September. Kids in Pilot Point don’t mess around. They show up big, tough, mean and ready to play football. The Greyhounds were about to discover how well they matched up to their UIL peers.

But not by much.

And most importantly, they proved they belonged on the field.

The Greyhounds would go on to lose every district game on their schedule — seven in a row — but came close to winning a couple and played hard from start to finish.

McElroy believes Peaster will be competing for district championships soon. His job coaching at Peaster had barely begun when the school shut down amid the early spread of the pandemic. McElroy hadn’t even met his players, and UIL was limiting workouts already.

It wasn’t the way McElroy had envisioned starting a job in a new town with a fresh team and fledgling program.

“Probably the biggest obstacle has been the whole COVID deal,” McElroy said early in the season.

By November, his team was in last place and finished out of the playoffs.

“Our season and the lack of wins or whatever it may be has zero to do with UIL football,” the coach said. “It has everything to do with, I was on campus for seven days, and we shut down and didn’t get to have an off-season with the kids and didn’t get to implement the system.”

McElroy had wanted to instill a program he has fine-tuned for years. His most recent coaching stint before Peaster was as athletic director and head coach at Burleson High, where he spent eight years compiling a winning record while making four postseason visits.

McElroy wanted to work quickly to prepare Peaster. Instead, he found himself starting late with a bunch of strange faces.

“I didn’t even know most of their names until almost July,” he said.

A tenet of his football program is to build muscle and stamina. That takes time.

“Previous to me and my staff coming in, there wasn’t a very strong and vigorous weight program for our athletes,” he said. “That’s going to change.”

Next year, McElroy’s system will have taken root, and fans will see a refashioned team, he said.

“We’re young,” he said. “Our team is made up primarily of sophomores and juniors. This team is going to be really, really good in the next year and two years. We get these kids in an off-season this winter and spring and have a full year with them? You better know when you’re playing Peaster next year.”