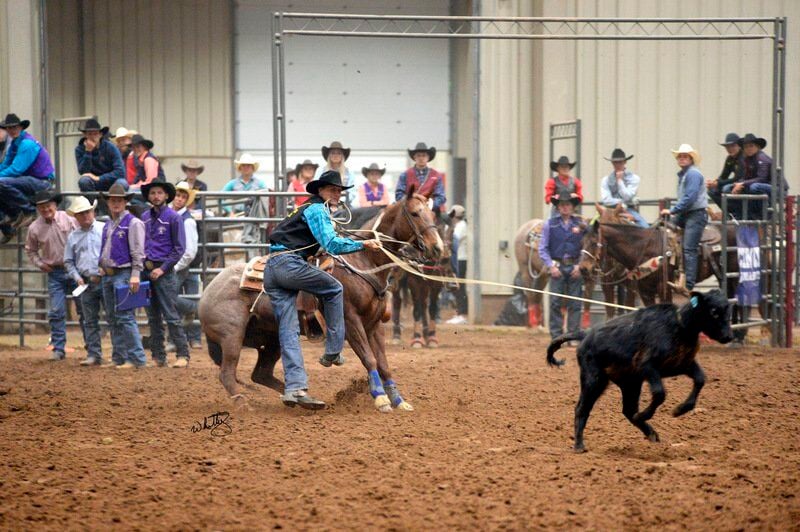 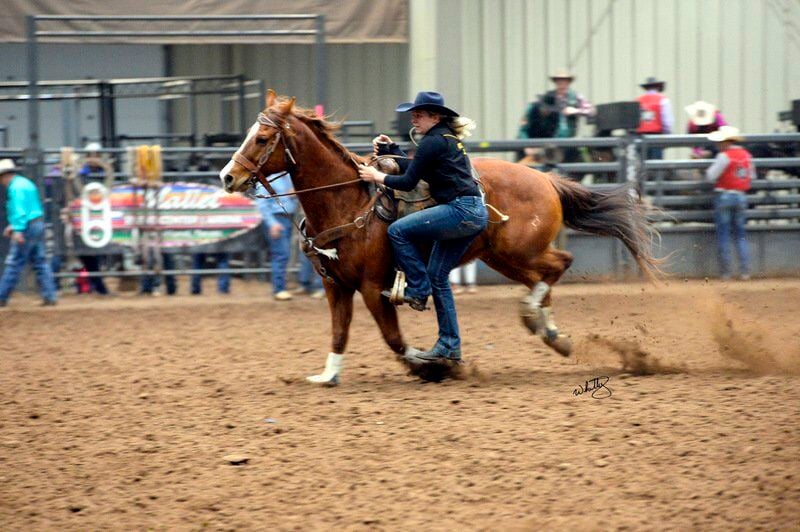 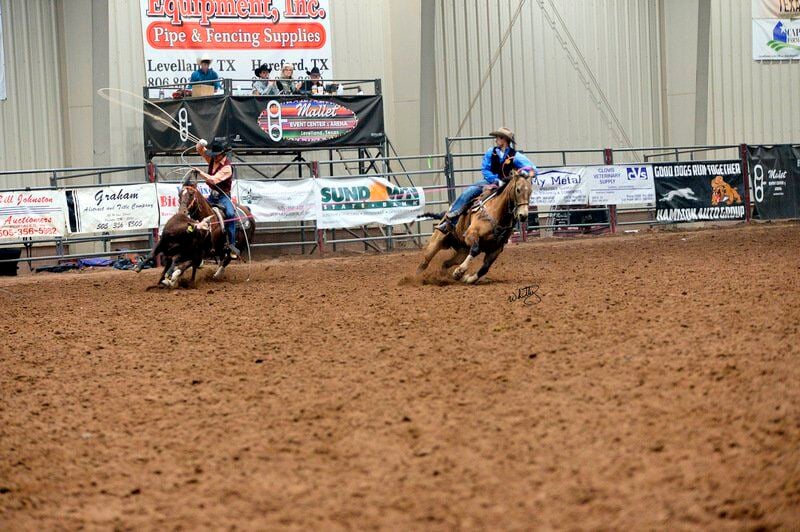 The rodeo, normally held in Portales, New Mexico, was moved to Levelland, Texas, due to COVID-19 restrictions.

The men's' team was led by Parker Carbajal who won third in team roping and fourth place in tiedown roping en route to the Men's All-Around title.

Roping with Cash Fretwell, the duo came from 10th to third after winning second place in the finals with a run of 5.7 totaling 11.7 on two. Carbajal who won the opening round of tiedown roping with a run of 8.1 came back with a 10.9 to finish fourth at 19.0 on two.

In team roping, Chance Thiessen paired up with WTAM's Hayden Cape and tied for first roping two steers in 11.1. After winning the opening round with 5.1, they won third in the finals with 6.0.

Gilbert led the women's team by placing in both rounds and winning the goat tying championship with 15.8 on two runs. Gilbert tied teammate Kodey Hoss for second in round one with run of 8.2 and came back with a 7.6 to win the finals. Hoss was 9.1 in the finals to finish fourth overall with 17.3 on two runs. Gilbert and Hoss are now No. 1 and No. 2 in the Southwest Region standings with 350 and 330 points respectively.

Robbin Rice tied for third in the opening round of breakaway roping and finished seventh overall.

Up next is the Ranger College Rodeo held in the Nolan County Coliseum March 25-27 in Sweetwater.