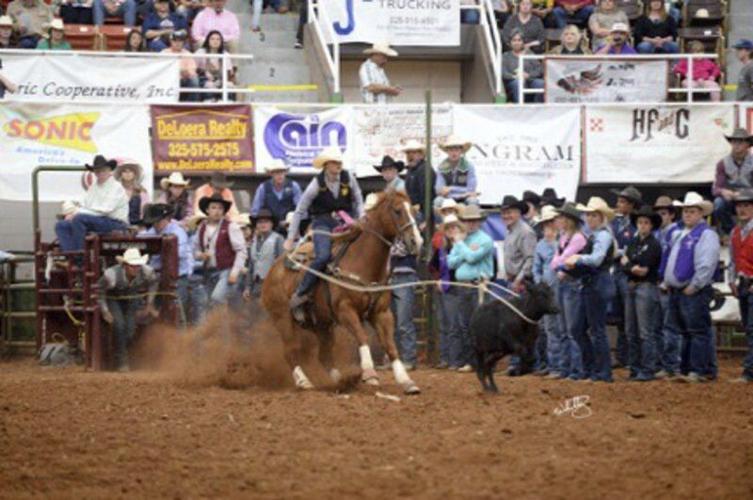 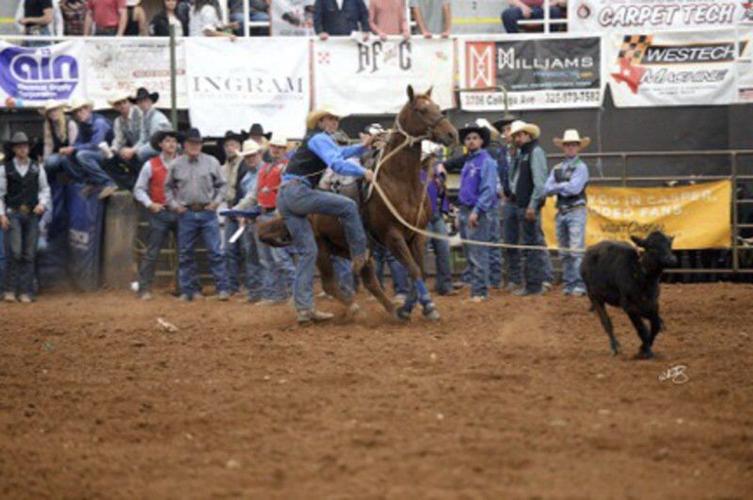 Cash Enderli won the finals with a 7.8 and finished tied for first with the 15.7 on two

Cash Enderli won the finals with a 7.8 and finished tied for first with the 15.7 on two

The Weatherford College women's rodeo team won first place for the second week in a row and has surpassed Tarleton State University into second place in the Southwest Region standings.

Bradi Good won the Women's All-Around title and led the team to victory at the Western Texas College Rodeo held in Synder last weekend. She tied for second place in breakaway roping and placed fourth in barrel racing.

Teammate Harley Meged tied for first in the breakaway roping finals with a run of 2.0 paired with her first round run of 2.1 finishing tied for second with 4.1 on two.

Chance Thiessen and his partner Daryan Domingues (South Plains) won the finals in team roping with a run of 5.9 and finished tied for first with 12.9 on two head. Shane Sorge and Brice Beene suffered a no time in the finals and finished seventh overall with 6.6 on one head.

Goshen police are at the scene of a shooting where multiple people were injured.