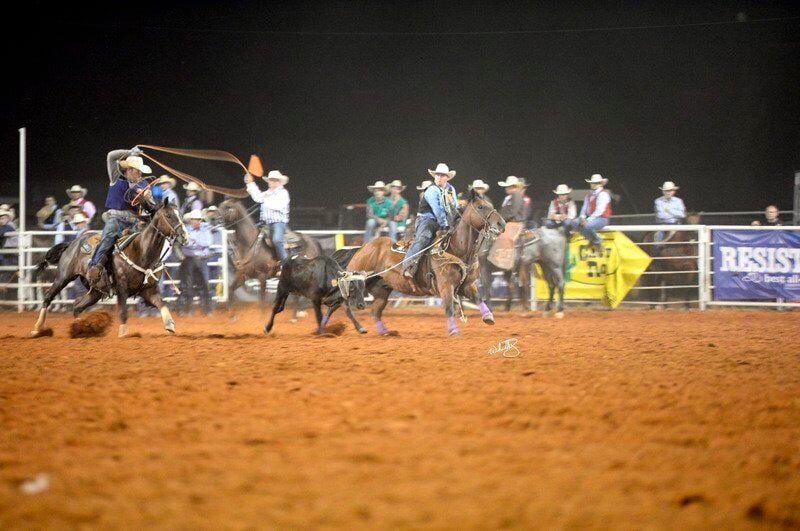 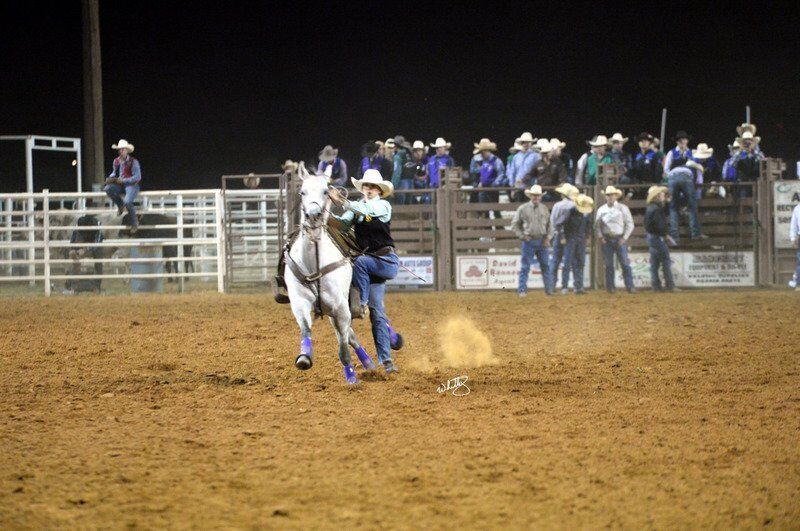 Kristen Reaves won the round in goat tying with 7.3, came back with 8.7 to finish second overall with 16.0 on two.

Kristen Reaves won the round in goat tying with 7.3, came back with 8.7 to finish second overall with 16.0 on two.

Seventy members of the WC team competed in what was billed as one of the largest college rodeos in National Intercollegiate Rodeo Association history, with more than 670 students comprising over 780 entries from the 15 schools of the Southwest Region.

WC rodeo set a new team record for the most qualifications to the short go (finals), with 19 members qualifying for Saturday's night final round.

Colton Greene placed sixth in the opening round of steer wrestling with a run of 4.8 and finished ninth.

Kristen Reaves won the round in goat tying with 7.3, came back with 8.7 to finish second overall with 16.0 on two. Freshman Kate Kelley won fourth in both rounds with runs of 8.0 and 8.6, while Kodey Hoss had a pair of 8.4 runs for fifth place.

In tiedown roping, Cash Enderli and Cash Fretwell placed in both rounds to win third and sixth, respectively, while Zaine Mikita finished up 10th.

Freshman Harley Meged and teammate Bradi Good tied for first in round one of breakaway roping with runs of 2.2, and Brie Wells tied for fourth with a 2.3 but ended up seventh, eighth and ninth respectively in a challenging field of 188 ropers.

WC's Jarett Freeman and Cayden Little (ENMU) won the team roping title after winning the short go with a run of 6.3, finishing with 13.4 on two, while Chance Thiessen and South Plains College's Darian Gonzales placed in both rounds and won second with 14.0 on two head.

Kendall Kennedy placed in both rounds to win second in barrel racing with 35.40 on two, while freshman Paisley Pierce and returner Londyn Ross won second and third in the opening round but finished ninth and tenth overall in a field of 147 racers.

Next is the Sul Ross State University Rodeo in Alpine this coming Thursday through Saturday.