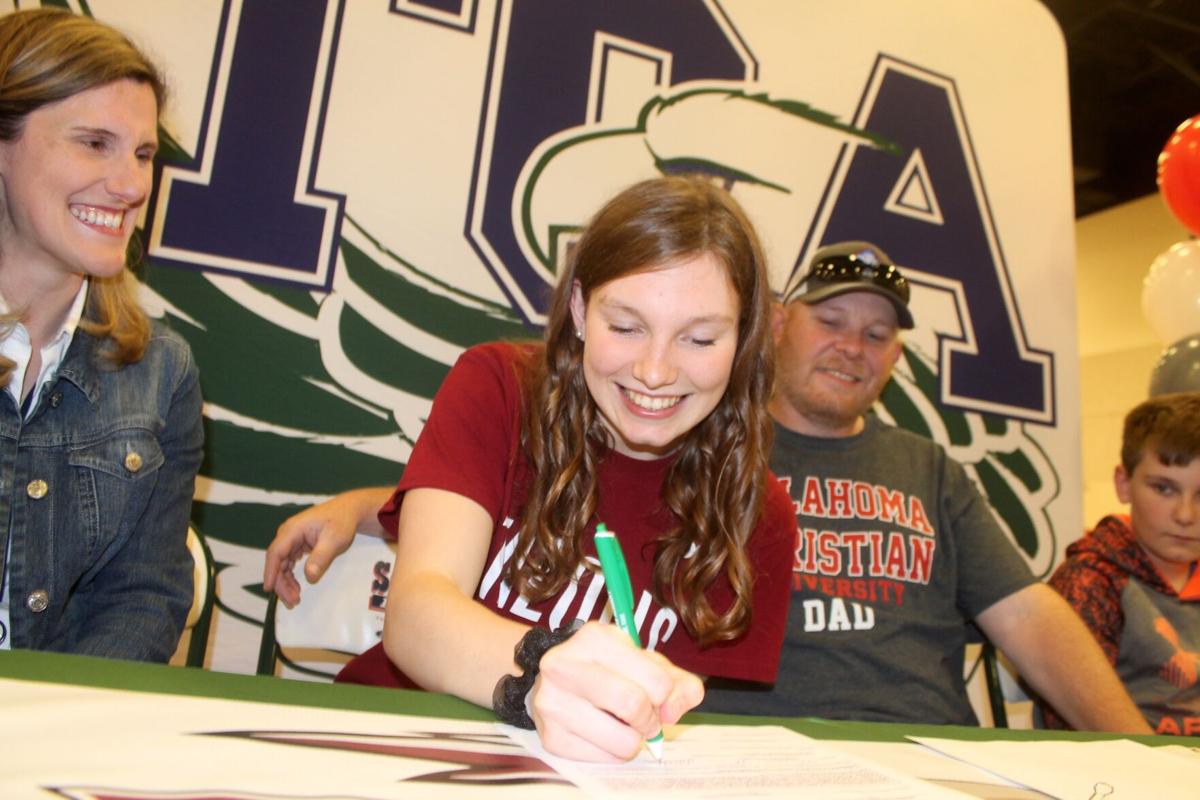 Maddie Harless will be taking her swimming talents to Oklahoma Christian University. 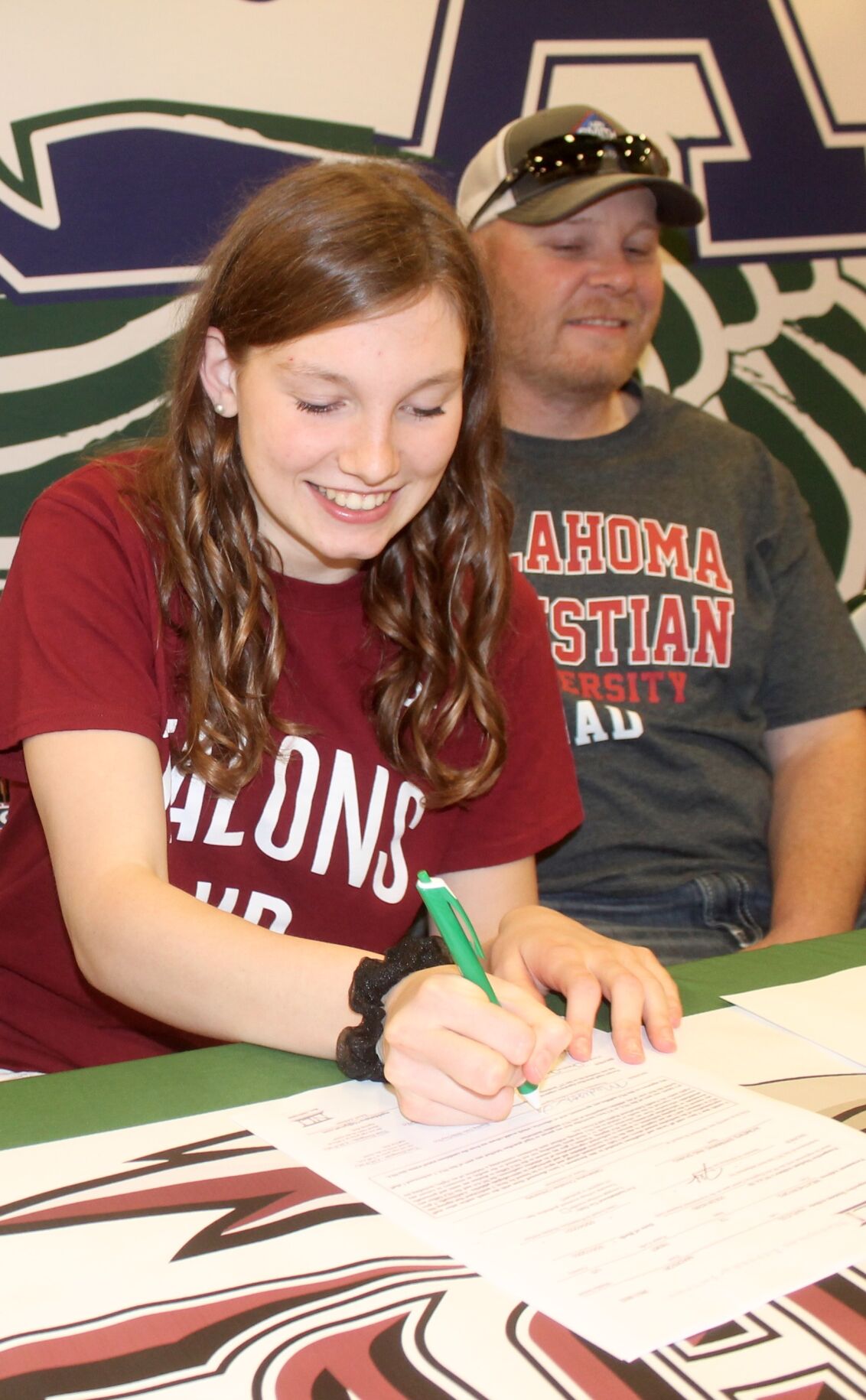 Maddie Harless will be taking her swimming talents to Oklahoma Christian University.

Maddie Harless became the first student at Trinity Christian Academy to sign a national letter of intent to swim in college. This week, the senior announced she would join the swim team and study pre-physical therapy exercise science at Oklahoma Christian University.

Joe Hamstra, athletic director at the private school, said swimming is one of the toughest sports around because of the intense training required.

“Swimming is not a sport that you get a lot of fans to go to, so what she’s done to be good at swimming is incredible,” he said. “It takes a lot of work.”

It also took initiative. Four years ago, Harless and friend Payton Alberts helped started the swim team at Trinity Christian. The following year, Harless coached her fellow students before school because she and Alberts wanted to broaden the swim team.

Two years ago, the school hired a swim coach. This year, the team grew to 10 swimmers, and the girls relay team that included Harless became regional champs.

During her time at Trinity, Harless earned academic all-state honors twice, was featured as Dale Hansen’s Scholar Athlete of the Week, placed second, third and fourth in races at the TAPPS state meet and is ranked third in her graduating class.

At Oklahoma Christian, she will be learning from one of the best swimmers around. The college’s swim coach is former Olympian Josh Davis, who won three gold medals at the 1996 Games in Atlanta and served as captain of the United States swim team at the 2000 Games in Sydney. That team included Michael Phelps.

“I get to swim under an Olympian,” Harless said.

Once settled in at college, she expects to swim in the mornings and afternoons and attend classes in between. She will shuffle along on what is known at the school as the “swimmer’s triangle of happiness” — the cafeteria, the pool and the dorm.

She is a “little bit” nervous about moving away from home for the first time — and out of state, no less — but “the change will be interesting,” she said. “I think I will like it.”