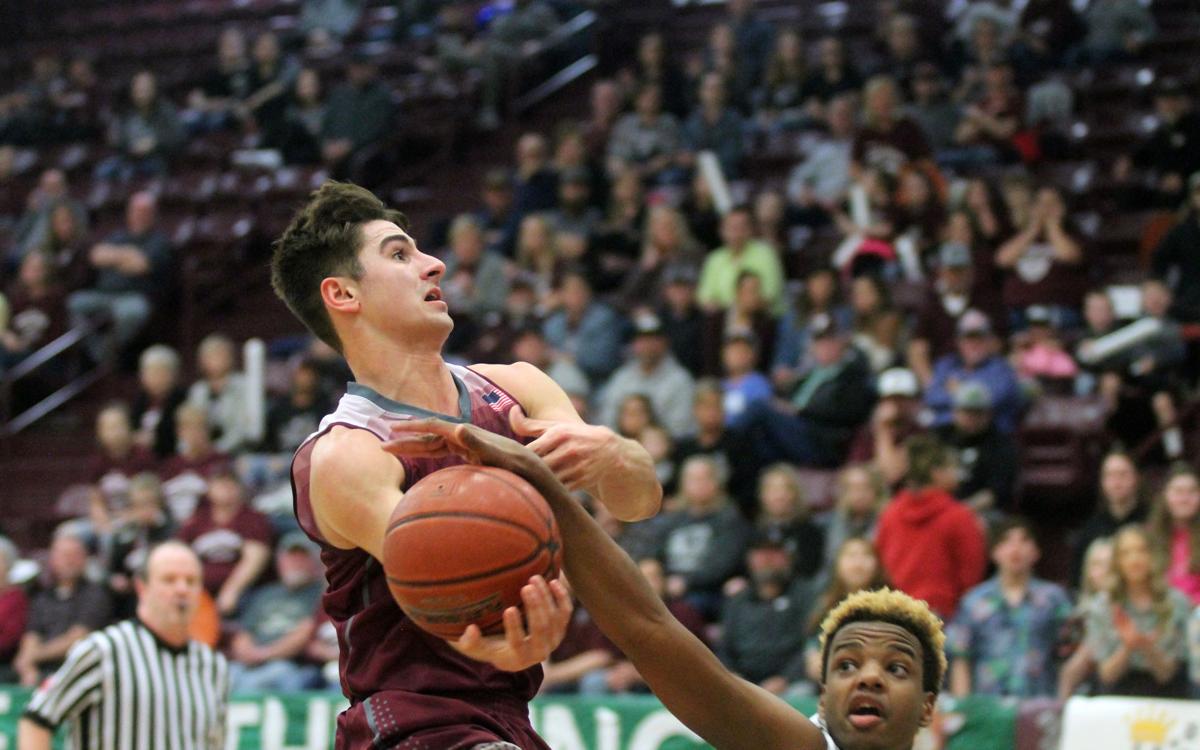 Poolville senior power forward Zaine Mansell, left, finished with a team-high 24 points versus Alvord Tuesday night at Bridgeport High School. Mansell and the Monarchs fell to the Bulldogs, 65-55 in the Class 2A regional quarterfinals game. 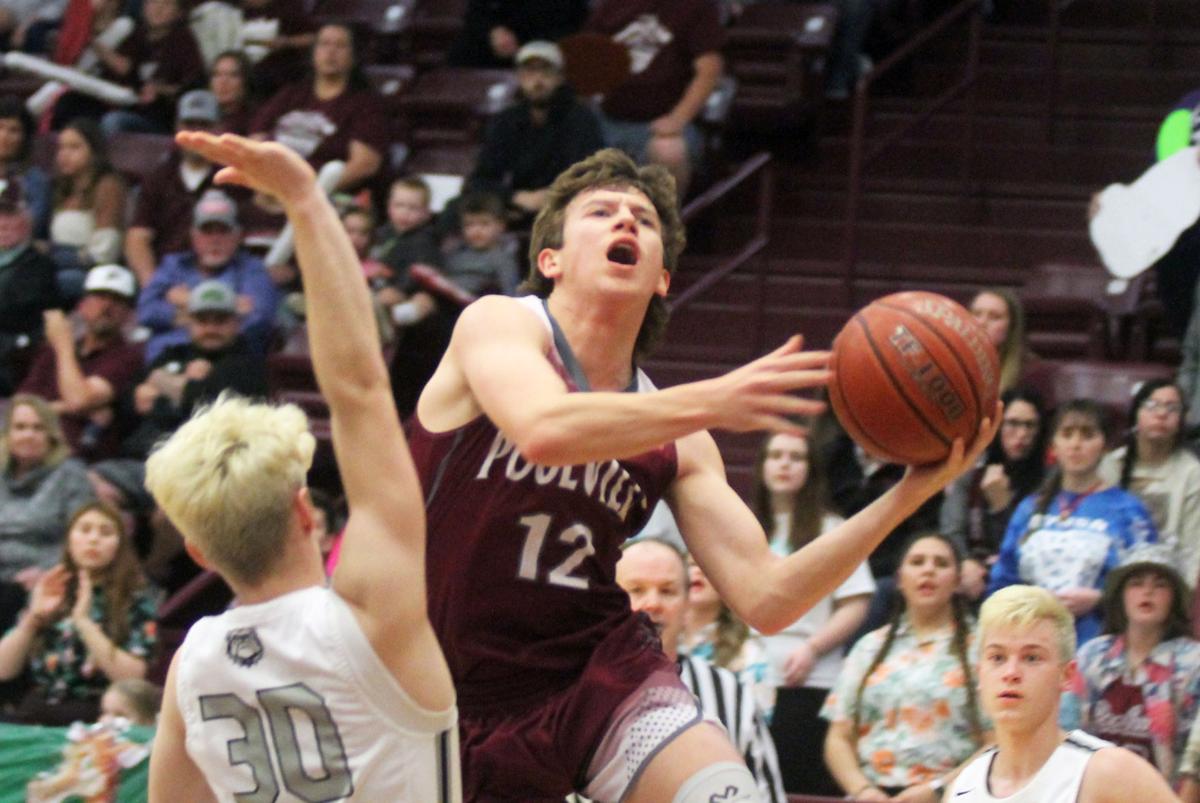 Poolville senior power forward Zaine Mansell, left, finished with a team-high 24 points versus Alvord Tuesday night at Bridgeport High School. Mansell and the Monarchs fell to the Bulldogs, 65-55 in the Class 2A regional quarterfinals game.

The Poolville Monarchs closed out the 2019-20 season versus the Alvord Bulldogs Tuesday night at Bridgeport High School, falling to the latter, 65-55 in the Class 2A regional quarterfinals bout.

Poolville’s final game proved a tale of two halves, with the team fighting to claw its way back from an initial two quarters which saw the squad fall behind by 20 points (29-9) with two minutes before the break.

Having rallied from an 11-point deficit against Seymour in the area round last week, the Monarchs, led by senior power forward Zaine Mansell (17 second-half points) and junior shooting guard Trendan Parish (19 second-half points), attempted to do the same against Alvord.

Pulling back within 14 points (43-29) after a 16-7 scoring advantage in the third quarter, Poolville gave itself a chance late, coming within 11 points (63-52) with 26 seconds left in regulation after one of Parish’s four threes on the night.

However, despite outscoring the Bulldogs, 26-22 in the final frame, the game clock arguably proved Poolville’s biggest problem late, as Alvord did enough to hold on for the win.

Monarchs’ Head Coach Steven Stegall took responsibility for the team’s slow start, while acknowledging the tough situation it put the Monarchs in late.

“We started off really slow on both ends, we weren’t ready to play, offensively or defensively and that’s on me, not the kids,” Stegall said.

“I’ve gotta have them ready to play a little better. We’re always going to fight back, but you get yourself in that big of a hole, it’s tough.”

Mansell led the Monarchs in the scoring column with 24 points, while Parish finished second with 21 points.

After losing a large number of seniors to graduation following the 2018-19 season, Stegall said this year’s group did extremely well stepping up and proving it could continue the Monarchs’ winning tradition.

“We exceeded my expectations as a group,” Stegall said.

“They refused to believe what people were saying that we weren’t going to be very good because we graduated all those kids. They bought in and worked hard. They’ve been a great group of kids to coach. I’m super proud of them and the effort they always give.”

Stegall singled out his seniors Mansell and center Nathan Gammill for setting a great example for future players on how to represent Poolville the right way on and off the court.

“Nate is such a good kid who’s always in a good mood and works hard. I can’t say enough about how much we’re going to miss him. He’s one of those kids you love having around.

“Zaine, you can’t replace a kid like that. He wakes up in the morning with his motor running, he always gives 100 percent no matter what we’re doing.

“Those two kids have meant a lot to the program. They’ve definitely left a legacy behind with their hard work and what they’ve done.”

Poolville closes out the season with a record of 22-13.