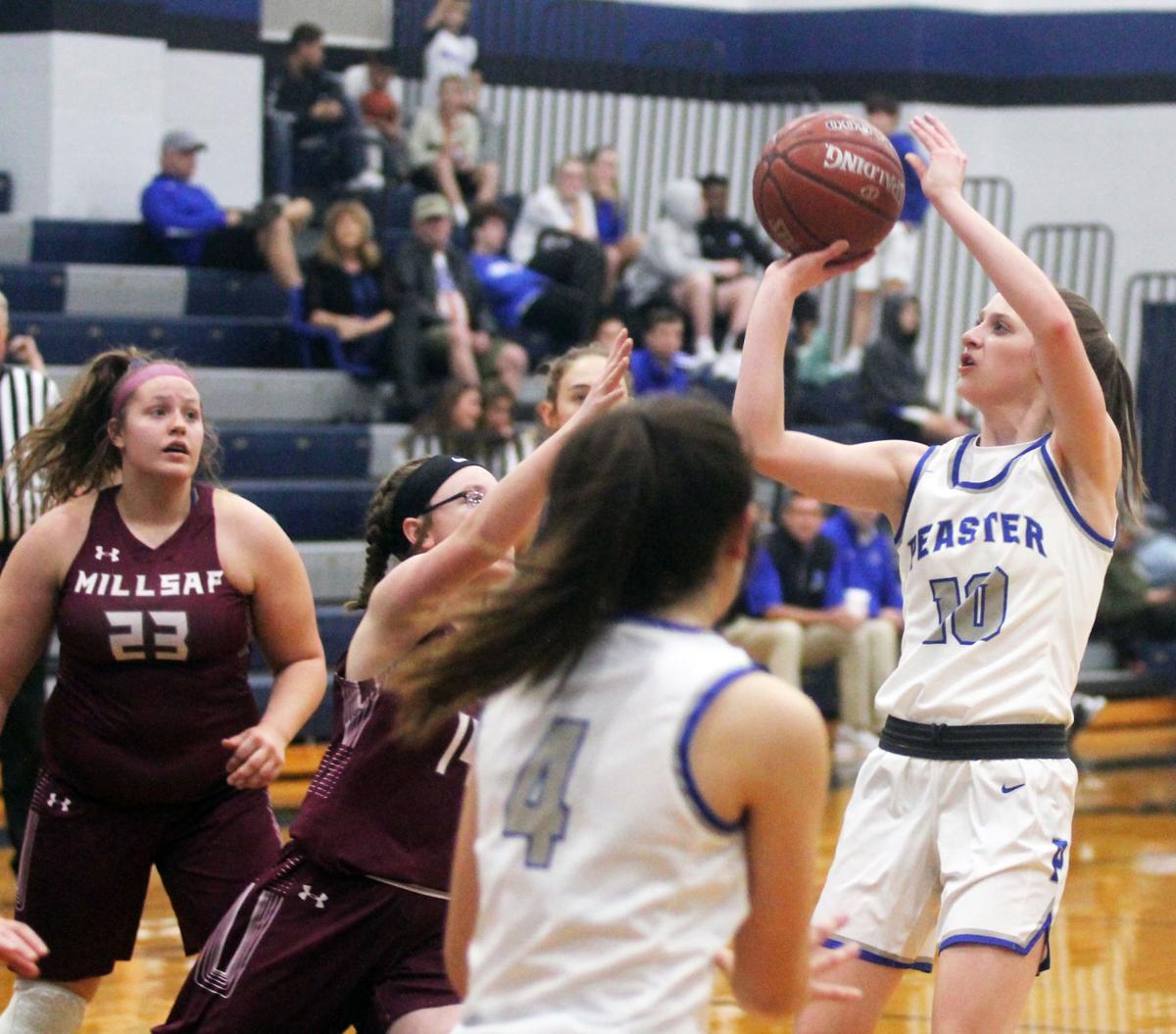 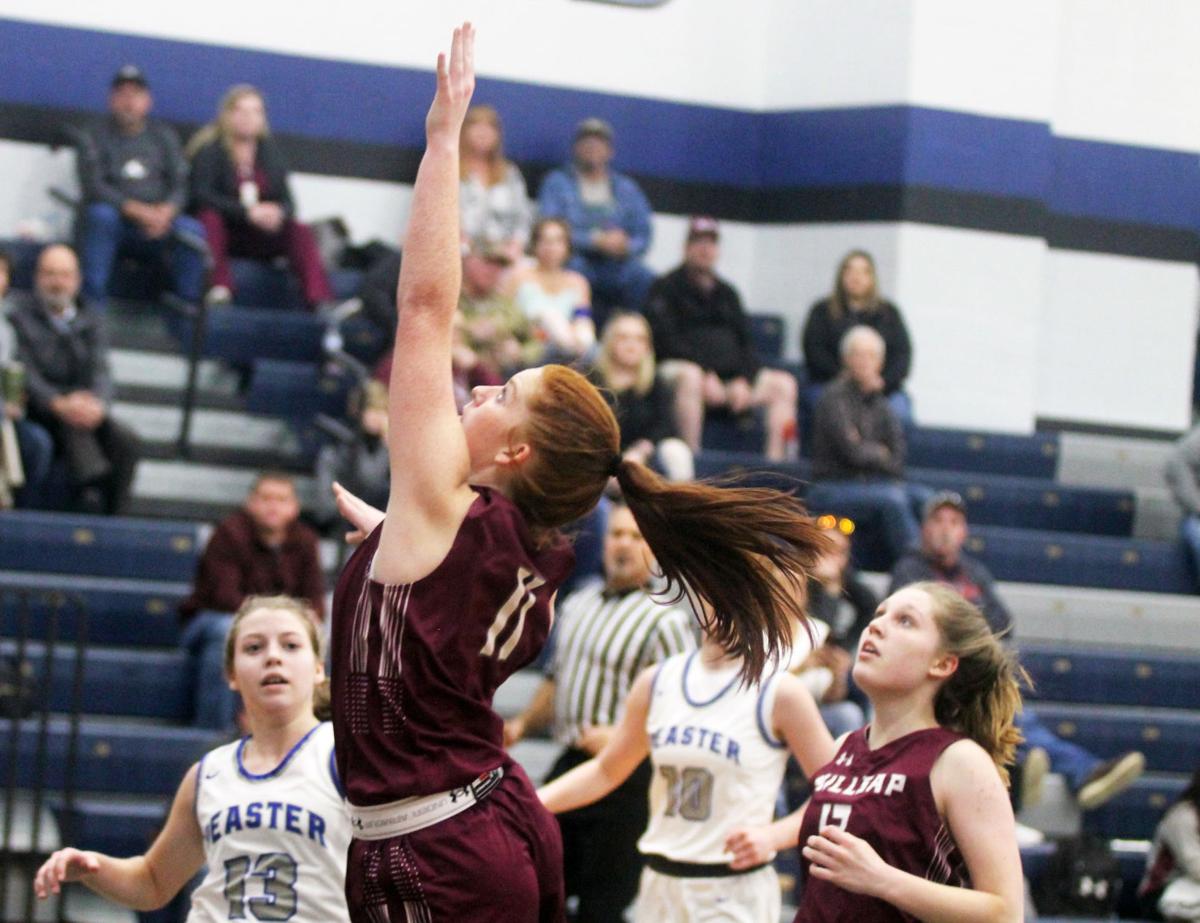 Friday night’s District 7-3A matchup between the Peaster Lady Greyhounds and Millsap Lady Bulldogs featured a flurry of high-scoring individual performances, with three players from each team breaking double-digit point totals on the night.

Those offensive fireworks were on display early, as Peaster nearly dropped 20-plus points in back-to-back quarters (21 in the first, 18 in the second) while Millsap remained within striking distance in the first half thanks to a 15-point first quarter and 12-point second quarter.

However, the contest became Peaster’s to lose coming out of the break, as the team proceeded on a 24-10 third-quarter run, spearheaded by freshmen Payton Hull and Brooklyn Bosher, who combined for 19 points in the frame to go up, 63-37 heading into the final period.

Lady Greyhounds’ Head Coach Benita Carlton conceded that her team’s execution on the defensive end was not consistently there in the first half, before adding that she was proud of the way her squad responded in the third quarter.

“Overall I didn’t feel like we played great defense, especially in that first half,” Carlton said.

“But in the third quarter we finally picked it up. Defensively I still feel like we haven’t been playing with that sense of urgency like we played midseason, and I still feel like there’s so much more we can do on the defensive end.”

However, Peaster’s third-quarter rally did not shake the Lady Bulldogs, who instead rallied for their strongest offensive showing of the game in the fourth quarter, racking up 20 points to Peaster’s 16.

Unfortunately for the visiting team, the Lady Greyhounds’ early second-half surge proved too much, as the home team held on for a comfortable 79-57 win.

Bosher led the way for Peaster in the scoring column, racking up 27 points, including four three-pointers.

Hull also broke 20-plus points, tallying 23 including a perfect 9-for-9 finish at the free throw line, while teammate Tori Cast, a senior point guard rounded out the team’s top three with 16 points.

As a team, Peaster finished 19-of-24 from the free throw line.

Carlton said that kind of performance at the line has the ability to make or break teams’ chances in big games, adding that she was pleased with her squad’s abovementioned performance in that category Friday.

“Our free throw percentage has been at least 68 percent, and has continued to go up, and that makes this coach very happy,” Carlton said.

“That’s what you need to be able to do down the stretch, especially come playoffs.”

Peaster play the Paradise Lady Panthers in a district game at 6:15 p.m. tonight on the road.

Millsap hosts the Tolar Lady Rattlers in a district game at 6:15 p.m. tonight.