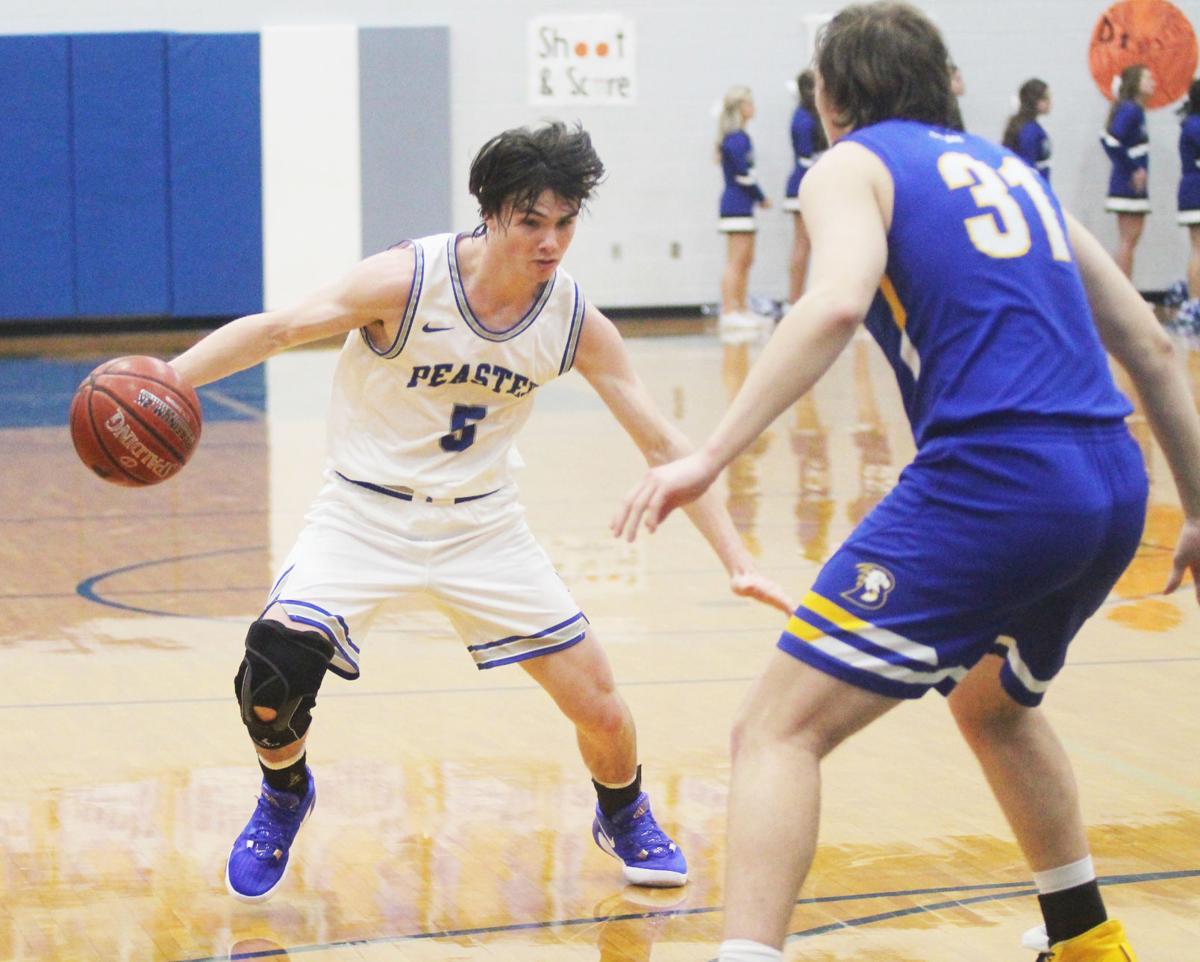 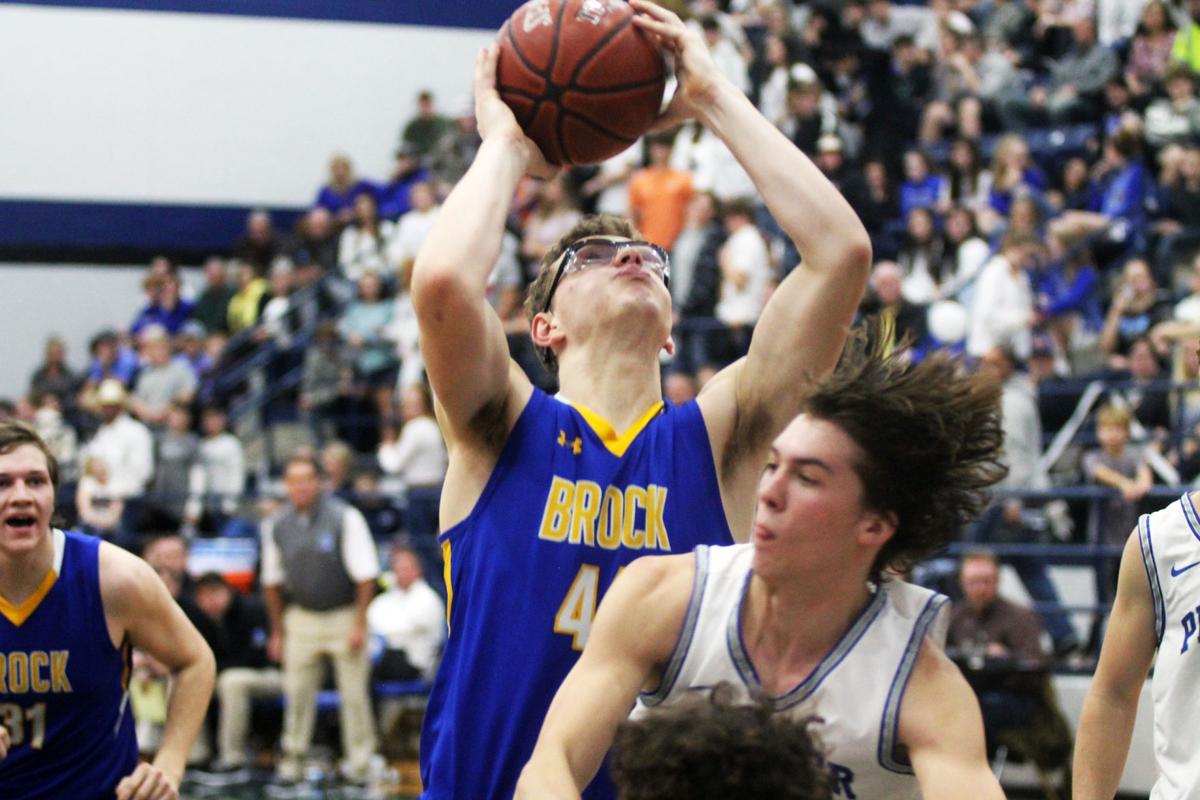 Brock senior center Ty Duggin (44) goes up for a contested shot near the basket during Tuesday’s District 7-3A road game versus Peaster. 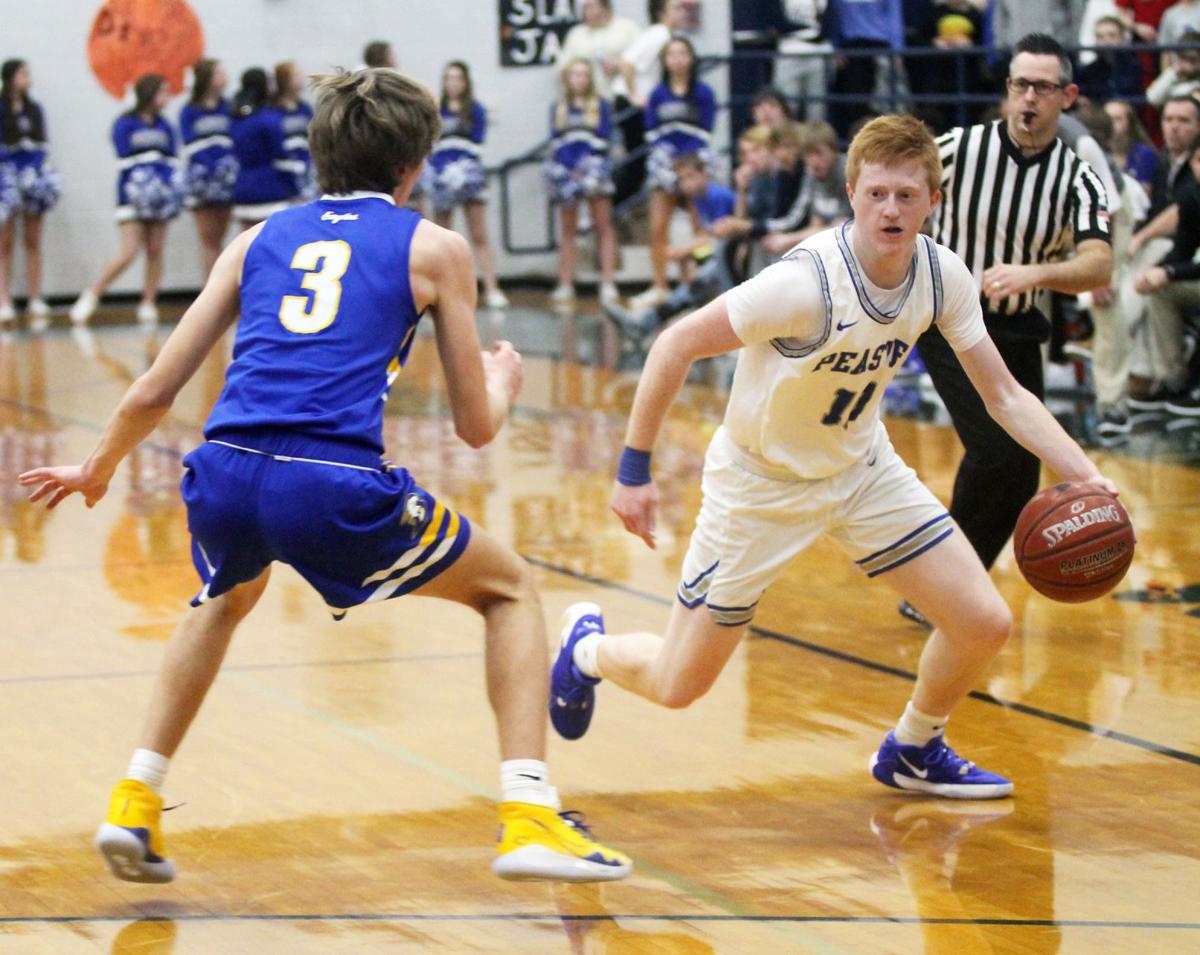 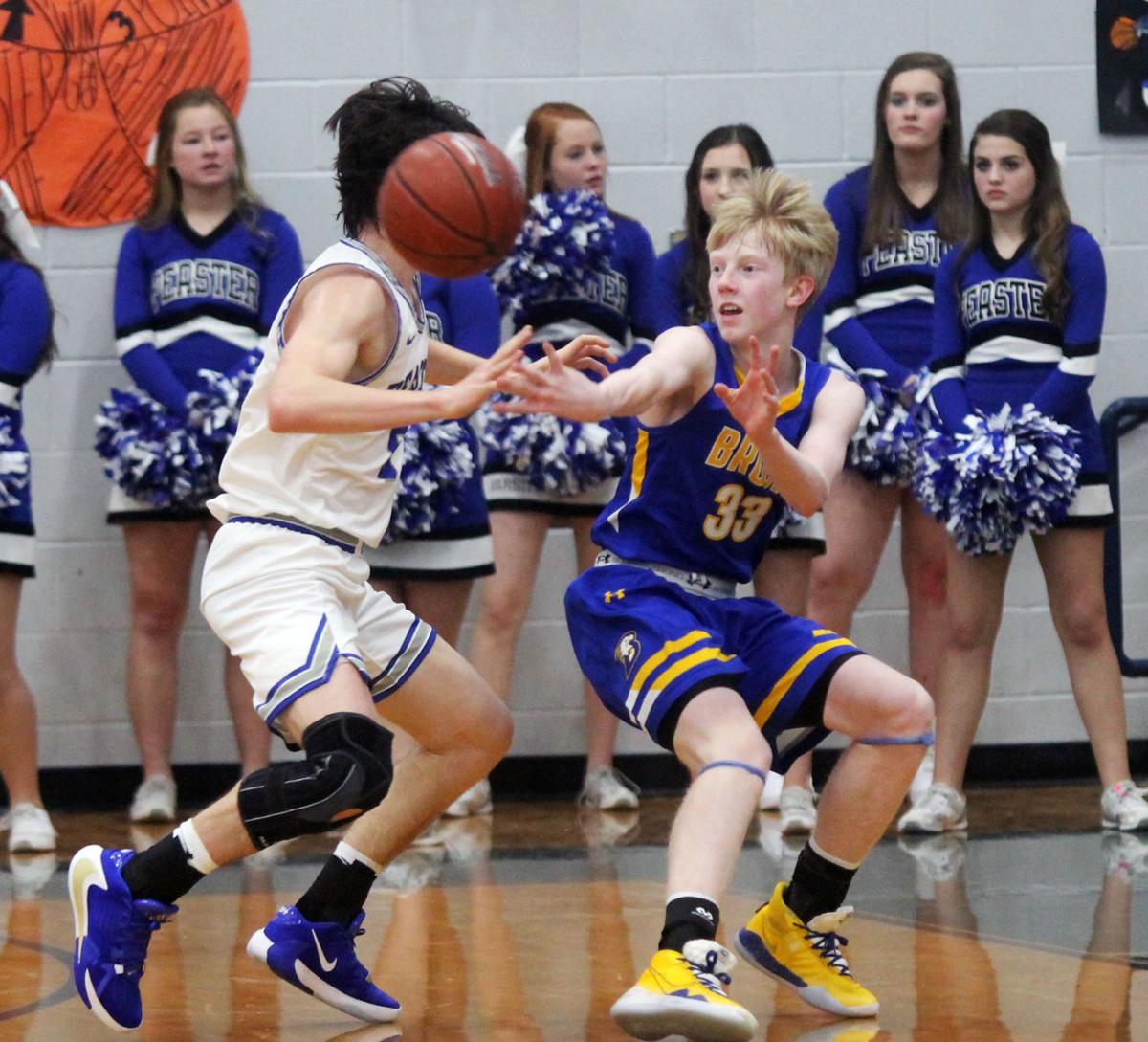 Brock senior center Ty Duggin (44) goes up for a contested shot near the basket during Tuesday’s District 7-3A road game versus Peaster.

Both Peaster and Brock entered Tuesday’s District 7-3A rivalry game owning a top-10 ranking in Class 3A, with the Greyhounds and Eagles coming in at the No. 4 and No. 7 spots, respectively (Texas Association of Basketball Coaches Jan. 20 rankings).

Having been swept by Brock during the 2018-19 season, Peaster made sure to return the favor in the teams’ latest chapter Tuesday, making use of a dominant defensive effort that stifled an Eagles’ offense which had not failed to score at least 60 points since a Dec. 30 matchup with Kennedale (62-58).

Coupled with a fourth-quarter performance which saw the Greyhounds double their opponent’s scoring in the frame, 26-13, Peaster strengthened its hold on District 7-3A with a 71-48 win, moving to 6-0 in the process.

Peaster Head Coach Bubba Jennings said he and his coaching staff purposely put together a highly-challenging non-district slate in anticipation of games like Tuesday’s rivalry matchup, adding that his players have done immensely well rising to each challenge.

“When we set up the schedule this year, we made it really tough,” Jennings said.

“We played 6A teams, we played 5A teams, we played Decatur. We put that on the schedule for a reason, and that’s because those are really good teams, and really going into the district schedule, I was anticipating us having a losing record because of how tough the schedule was going to be, but our kids really came along and improved every step of the way and have become a really good basketball team.”

Jennings singled out his squad’s defensive performance, one which saw the Greyhounds hold the Eagles to a combined 31 points over the final three frames after dropping 17 in the first quarter, as a major positive from Tuesday.

“It really was a good defensive performance,” Jennings said.

“[Brock’s] got a really good team, and are really hard for us to guard. There’s a big size disparity there, they’ve got some skilled guards and it’s very difficult for us to play against them, but I thought our kids really rose to the occasion, executed the game plan well.

“I’ve gotta give our guys on the inside a lot of credit, because [Brock’s] players are about four to five inches taller than us and outweigh us by 40 or 50 pounds, but we competed well with them and really played tough defense.

“We’re really trying to preach five guys going after the ball, and we did a good job of that. When a shot went up, we tried to block them out and I felt like we did a pretty good job of that as well.”

Despite that size difference, Peaster played with great physicality near the basket, especially coming down with defensive rebounds.

Despite a few hiccups scattered through the game, Jennings said his team continued to show growth out on the court Tuesday.

“I wasn’t totally pleased because Brock got a few easy putbacks, but if we can get that mentality of when a shot goes up, we’ve gotta go get it, we’ll be OK,” Jennings said.

Jumping out 16-7 early in the first quarter, Peaster watched Brock rally back late in the frame to pull within 18-17 heading into the second quarter.

However, what appeared to be shaping up as a back-and-forth slugfest instead took a turn in the Greyhounds’ favor after a 15-8 run in the second frame put Peaster up, 33-25 at halftime.

Needing a game-changing performance late after trailing the Greyhounds, 12-10 in third-quarter scoring, the Eagles instead struggled to contain a surging Peaster offense, particularly senior shooting forward Drew Smith, who put up 11 of his 13 total points in the fourth quarter.

Peaster plays the Breckenridge Buckaroos in a district game at 7:30 p.m. Friday on the road.

Brock hosts the Tolar Rattlers in a district game at 7:30 p.m. Friday.