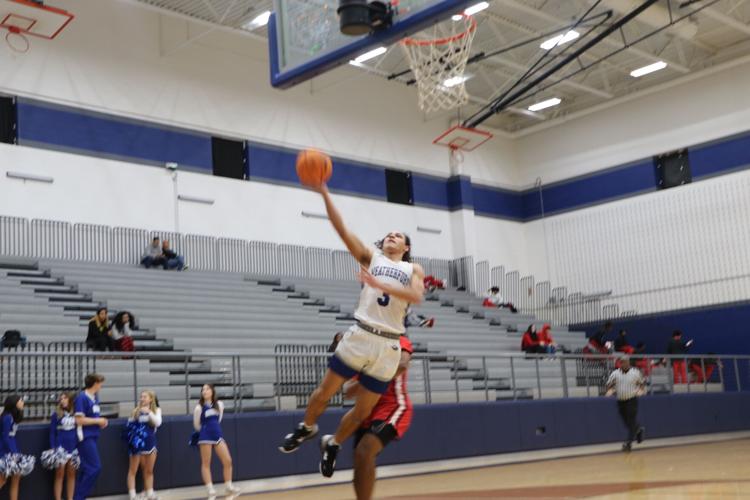 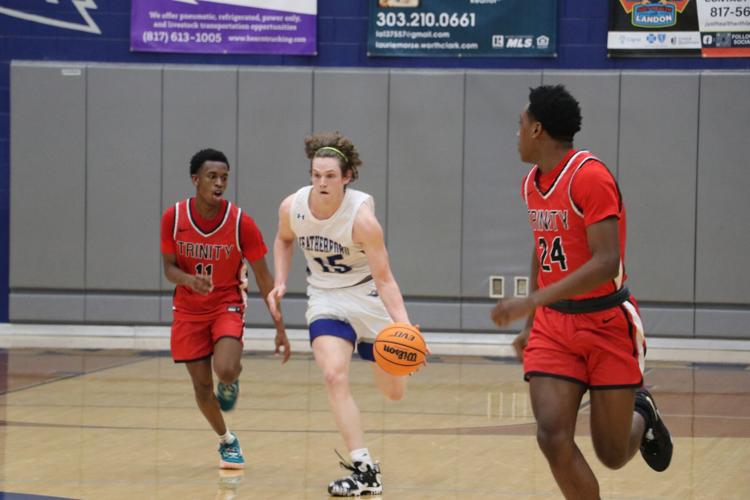 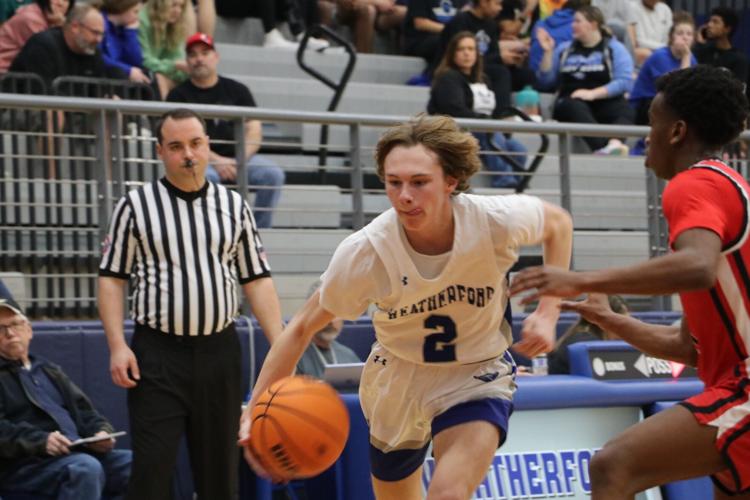 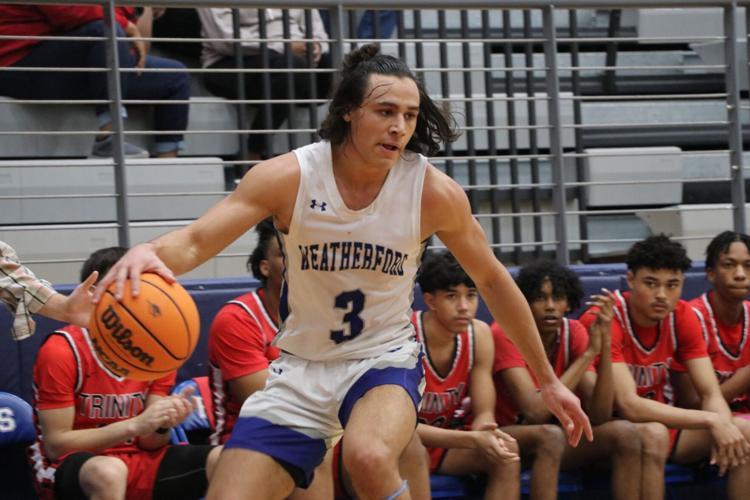 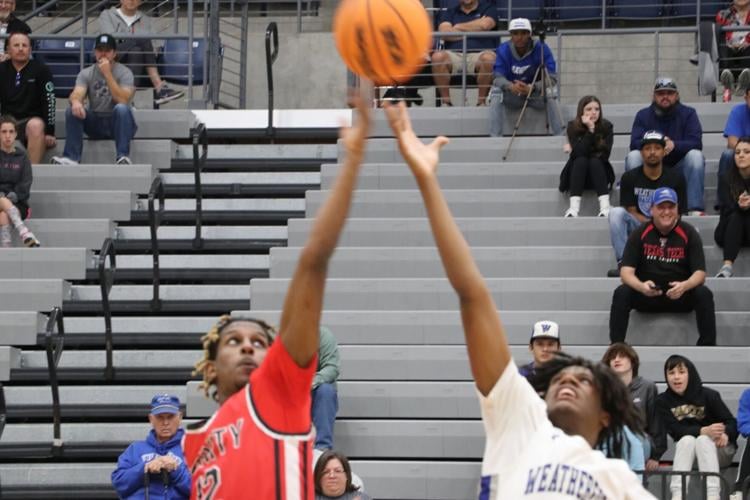 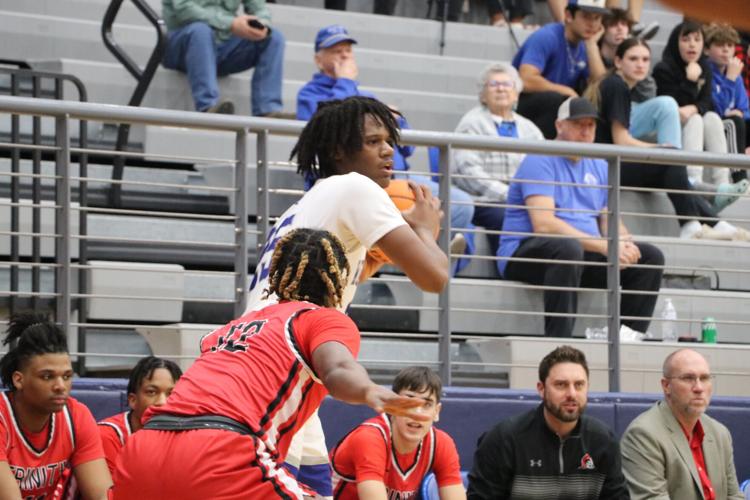 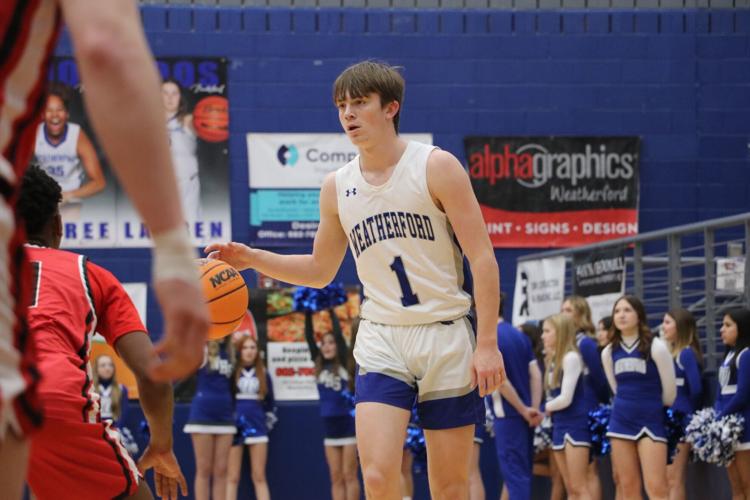 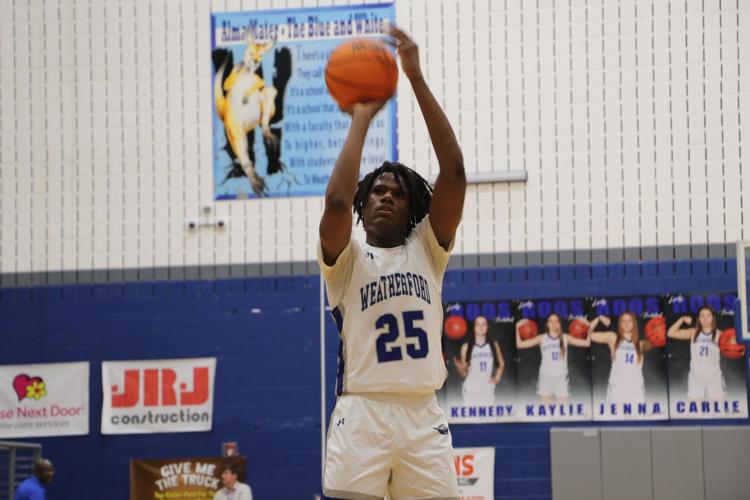 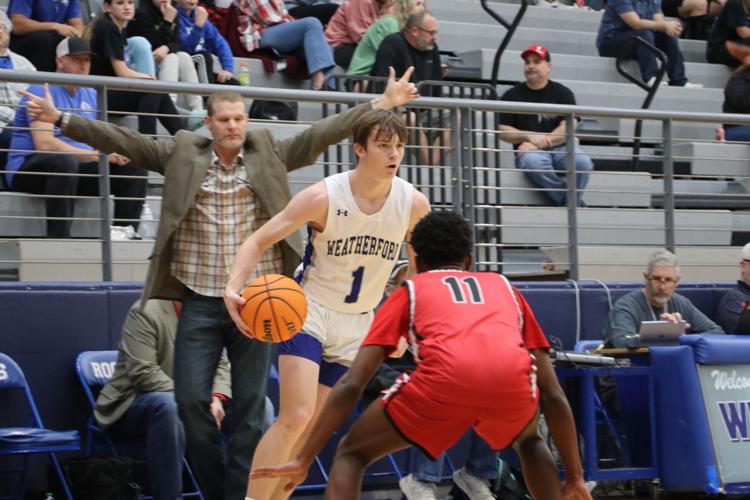 WEATHERFORD - The first quarter proved to be the difference in a match between Weatherford and Trinity Tuesday.

The Trojans quickly jumped to a 13-0 lead over the Roos, whose scoring in the first quarter came from a Jaylin Smith free throw. Trinity ended the first ahead 21-1.

"The first quarter killed us," Weatherford Assistant Coach Derrick Jones said. "We are proud of our kids. They battled their butts off tonight in the second, third and fourth quarters. If you take that first quarter out, it is an even-matched game the rest of the way, and there is no telling what happens. We have to battle back and get ready for Paschal on Friday."

Trinity ended the quarter on a 9-5 run to get their lead up to 18 points going into halftime.

"When you look at the first half, it wasn't like we weren't getting shots," Jones said. "We were getting open shots. We weren't hitting them. We could go in and draw stuff up all we want to, but if they aren't falling, then it doesn't matter what we do. There is not a lot that we need to change. We just need to hit our shots."

Both teams traded scores to open the half after Kane Chandler scored five points in a row for the Roos. He led the offense in the third quarter with 11 points.

Anytime Weatherford cut into the Trojans' lead, Trinity turned around and went on a run of their own to pull away again.

The fourth quarter continued to be even again between the two teams, as Trinity outscored the Roos by three. The Trojans opened the quarter on a 9-3 run before the Roos fought back and ended the game on an 8-5 run. Trinity won the match 62-42.

The Roos return to action Friday night when they travel to Paschal.