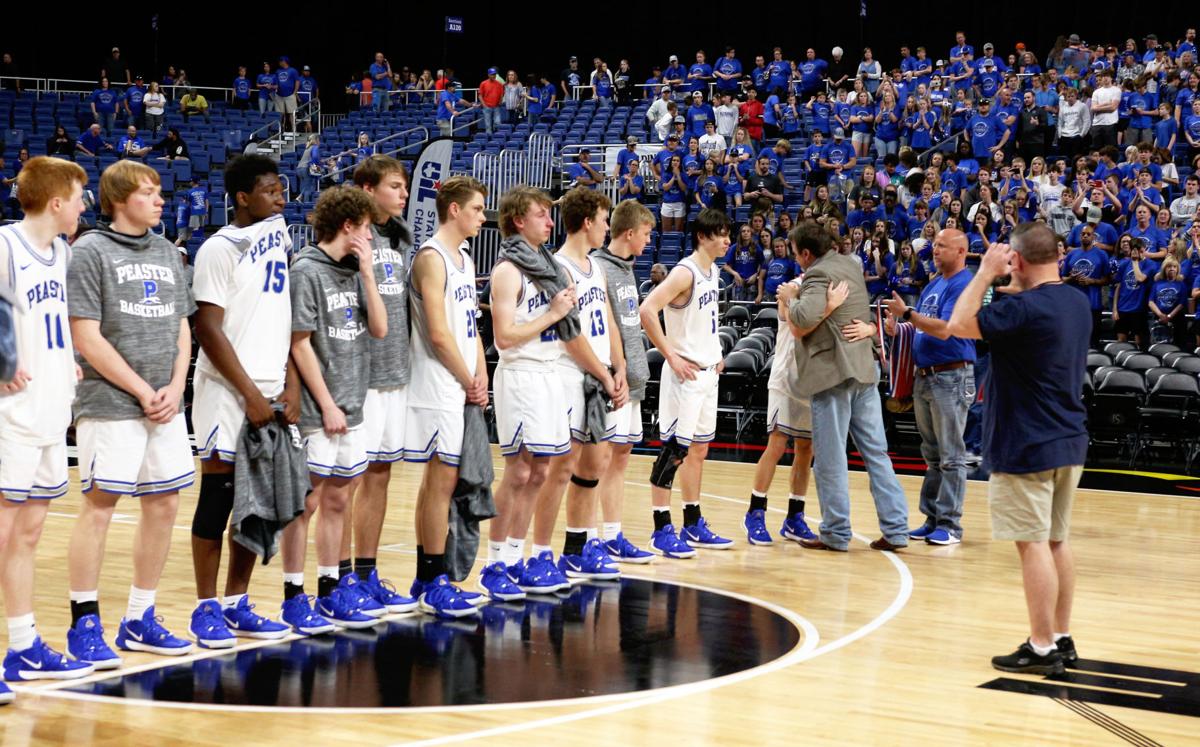 The 2019-20 Peaster Greyhounds are presented medals at the UIL State Boys Basketball Tournament after their Class 3A state semifinalist finish. 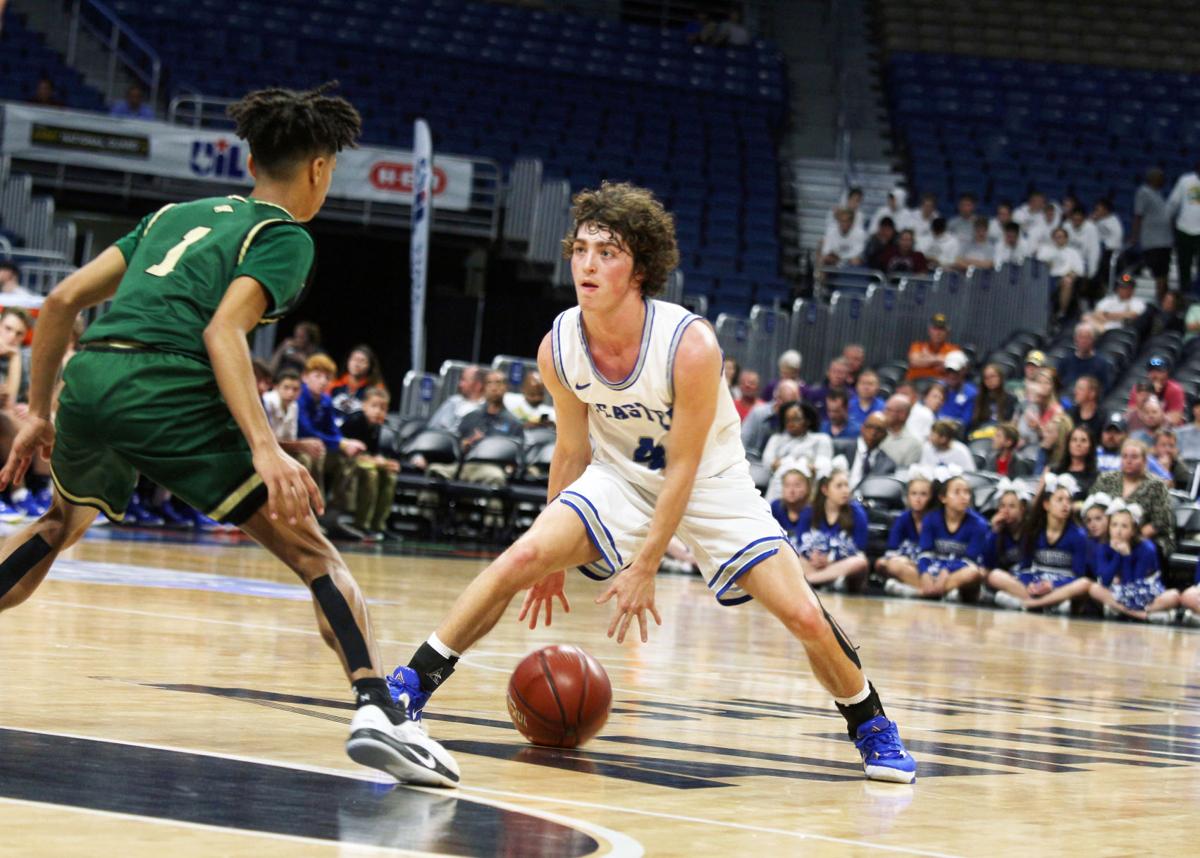 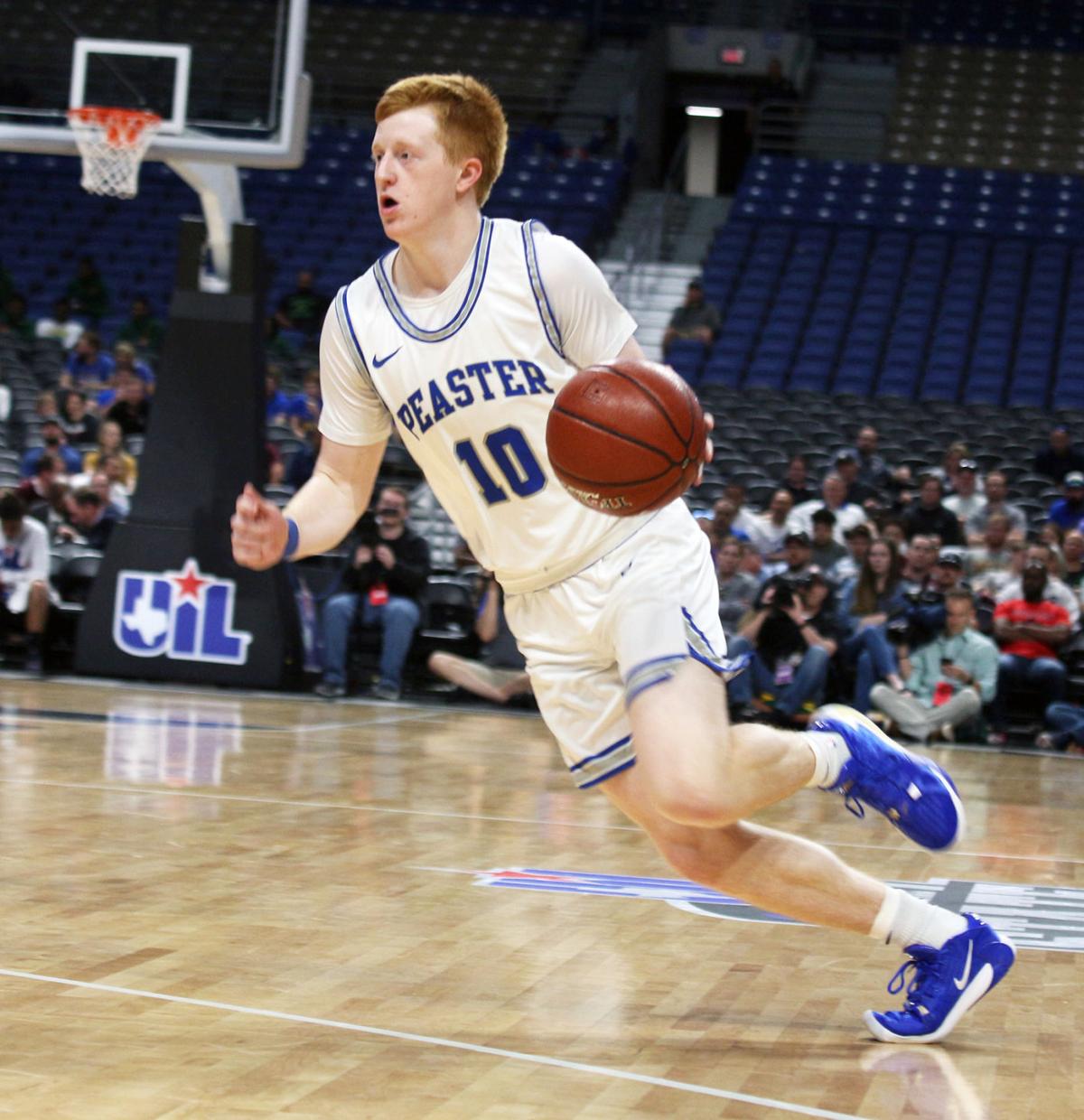 The 2019-20 Peaster Greyhounds are presented medals at the UIL State Boys Basketball Tournament after their Class 3A state semifinalist finish.

The Peaster Greyhounds made quite the jump from two seasons ago to last, following up a bi-district finalist finish in 2018-19 with a trip to the Class 3A state semifinals last week at San Antonio’s Alamodome.

Along the way, Peaster, which finished in the Texas Association of Basketball Coaches final regular season rankings (Feb. 24) as the No. 5 team in the state, pieced together a season-long highlight reel which featured plenty of big wins and memorable performances.

Below is a look back at some of the 2019-20 Greyhounds’ achievements from their journey from Parker County to state.

The Greyhounds wasted no time setting the foundation for a successful season early in 2019-20, going toe to toe with a plethora of eventual playoff teams spanning several classifications.

Among those were Class 2A state contender Martin’s Mill (did not play in the state semis due to the tournament’s suspension), which the Greyhounds battled to a 51-40 loss, Class 3A regional quarterfinalist Grandview, which Peaster defeated, 79-57,  Class 4A regional quarterfinalist Decatur, which outlasted the Greyhounds, 52-48 and later 66-62, as well as Class 6A bi-district finalist North Crowley, which held off Peaster, 63-57.

While the Greyhounds ultimately dropped four games during their non-district schedule (of six total losses on the season), Head Coach Bubba Jennings’ plan to put his squad through a gauntlet early certainly paid off come district and postseason play.

Building on early success in District 7-3A

Peaster hit the ground running come the start of District 7-3A competition,  opening with a 62-25 win over Jacksboro and never looking back.

In total, the Greyhounds finished first in the district with a 13-1 record, a run which included a 71-48 win over rival Brock in the team’s first meeting of the 2019-20 season.

By the time Peaster suffered its first and only district loss (50-49 in OT to Brock Feb. 14), the team had built a win streak spanning back to Dec. 27.

Putting it all together

The Greyhounds owned a positive point differential of 360-265 in postseason play, the product of a run which saw the team defeat Nocona, 65-43 in bi-district; Early, 70-41 in area; Childress, 73-37 in the regional quarterfinals; Abernathy, 56-40 in the regional semis  and Shallowater, 52-46 in the regional finals, before Peaster’s eventual state semifinals defeat to San Antonio Cole, 58-44.

Taking a look at each of those above playoff matchups, the Greyhounds found a way to win regardless of game situation.

Whether it be a 21-4 first-quarter lead against Nocona, one the latter could not claw its way back from, a four-minute rally against Early which turned a single-digit affair into a Greyhounds’ double-digit lead coming out of halftime, a convincing revenge game against 2018-19 bi-district opponent Childress or suffocating defense which stifled Abernathy and Shallowater at regionals, Peaster proved its mettle time and again.

Jennings for his part said the 2019-20 Greyhounds have represented one of his most exciting experiences coaching basketball.

“They’re very coachable and do what you ask them to do. Through all my years of basketball, this has been one of my favorites because the kids just really worked hard for me.

“They had a lot of success this year, and I’m really happy for them.”