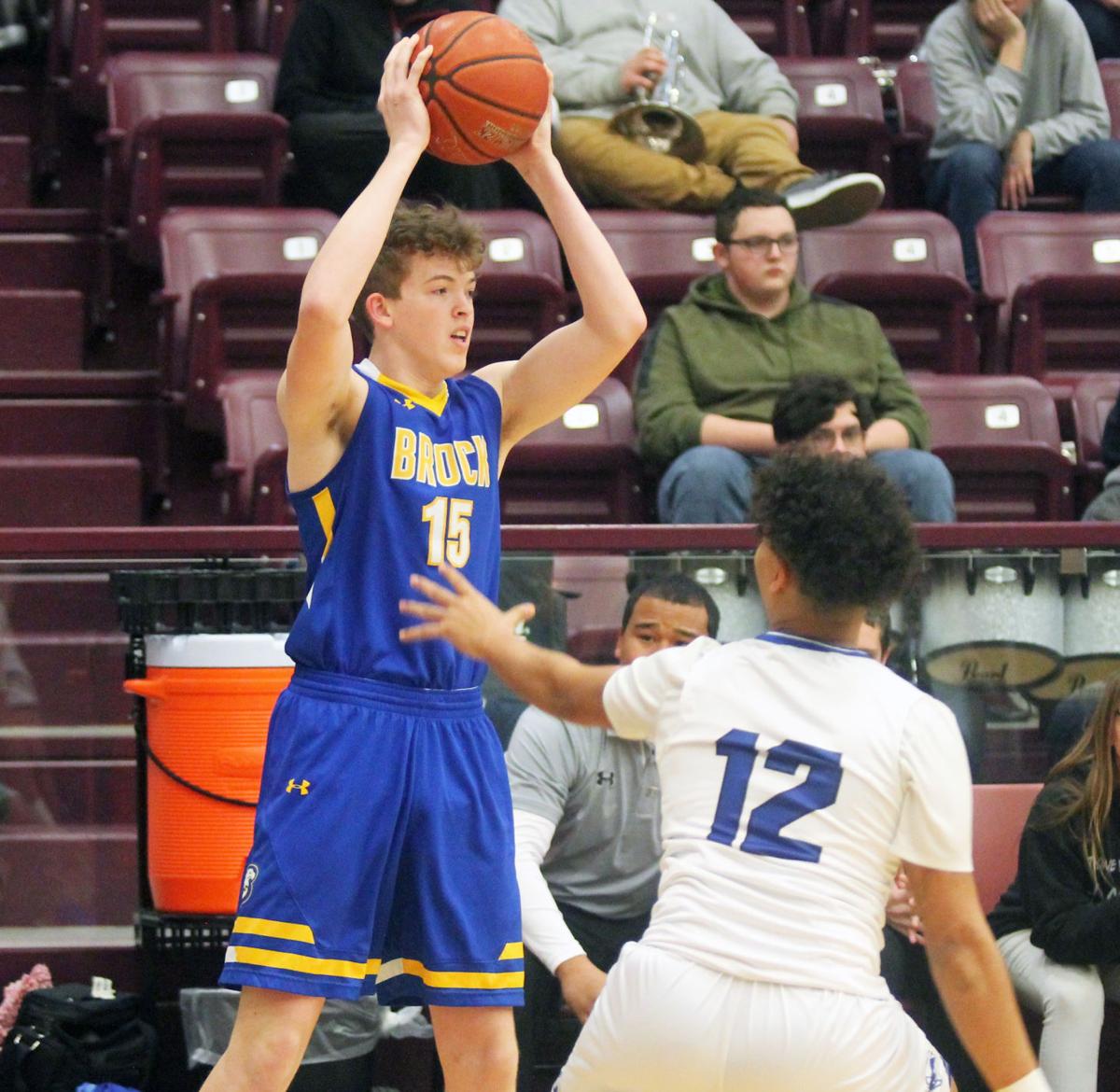 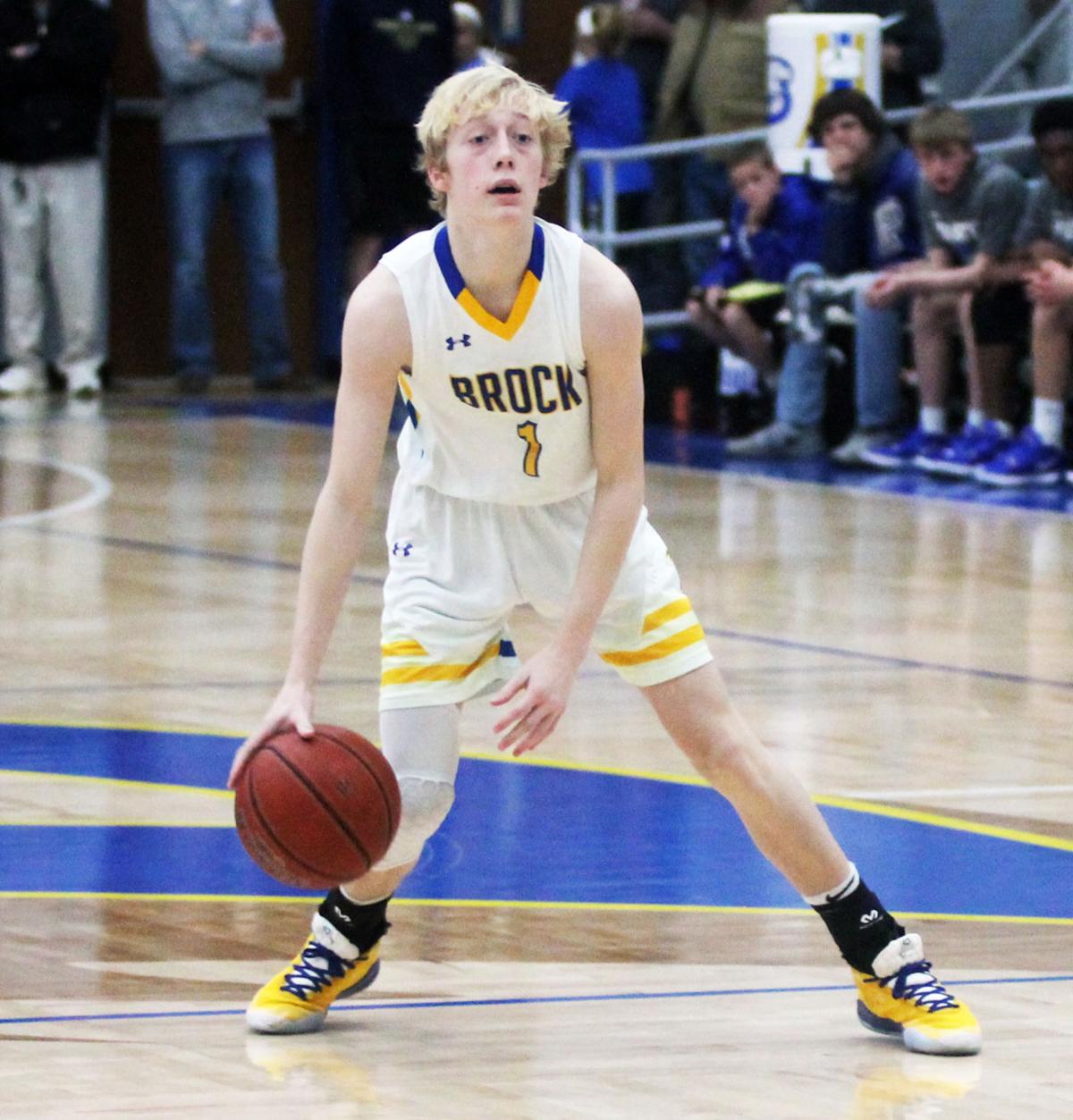 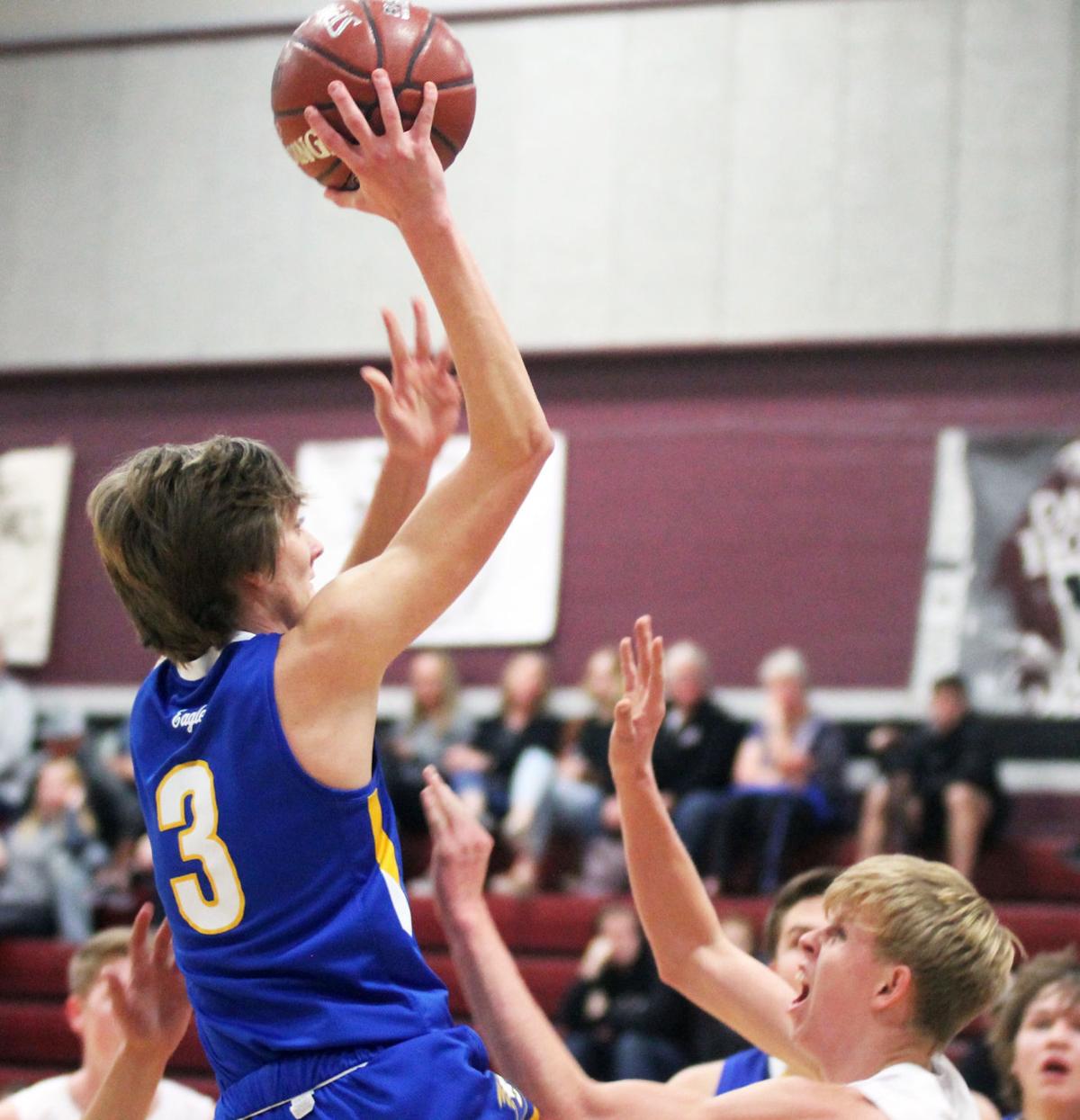 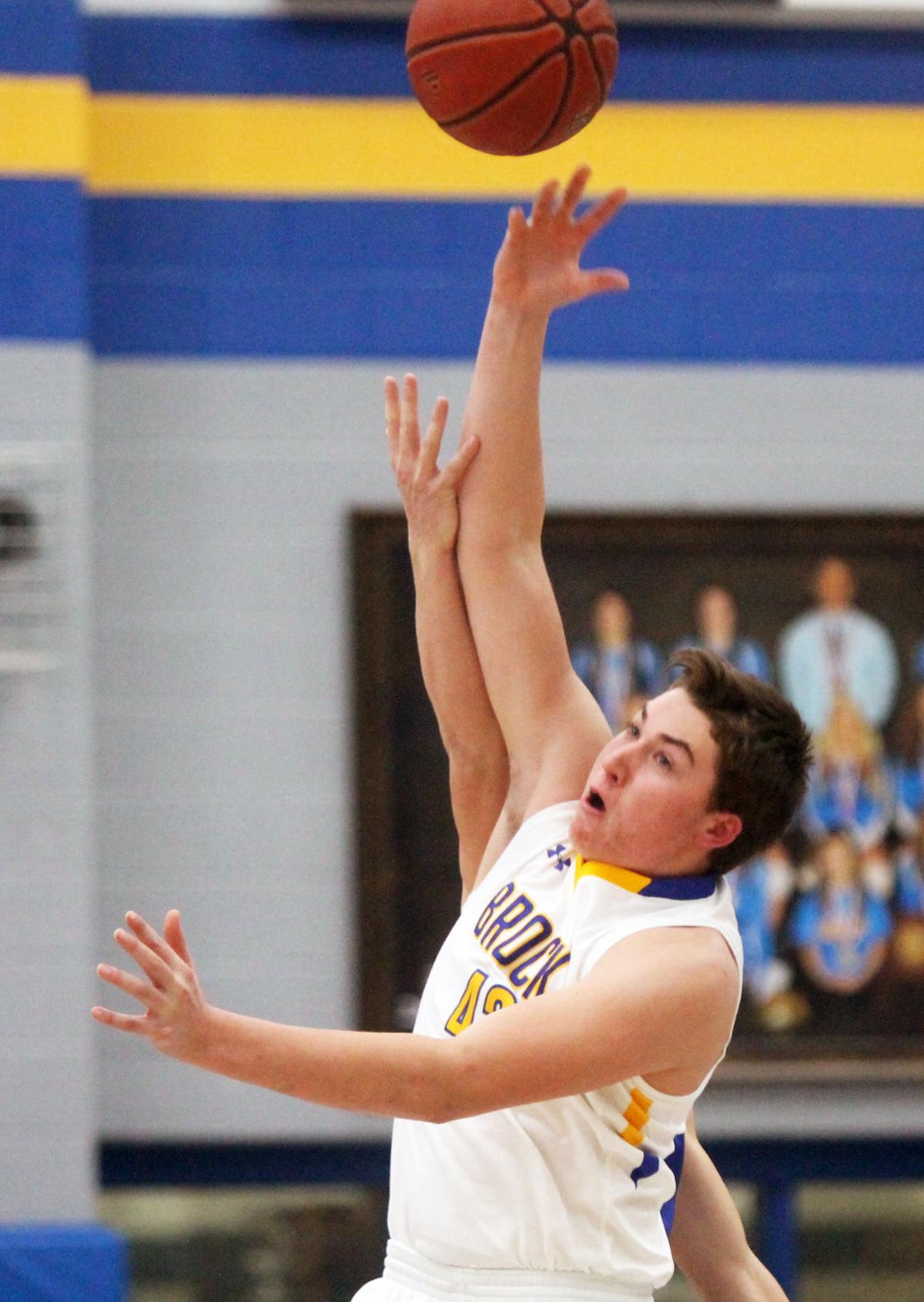 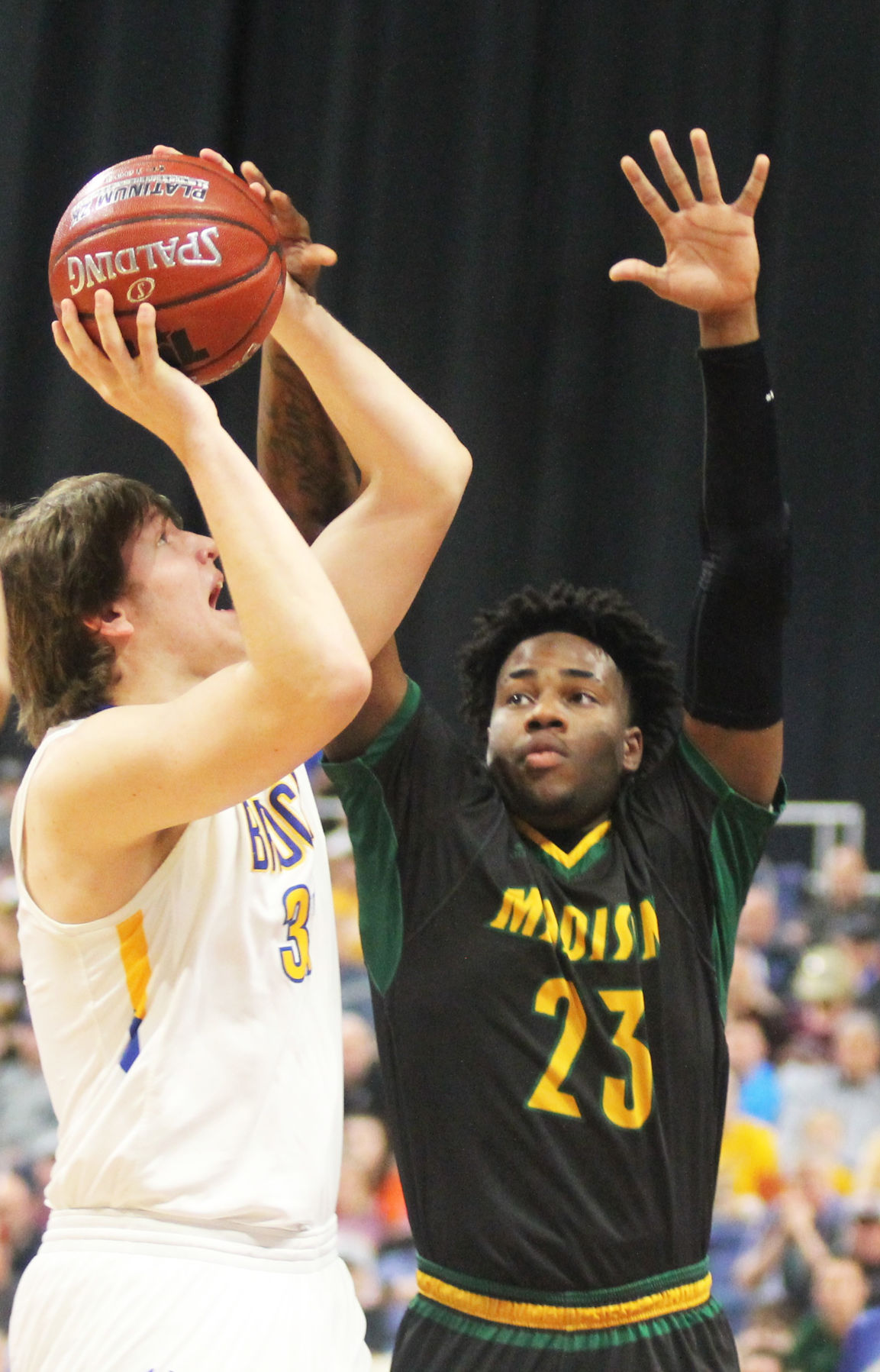 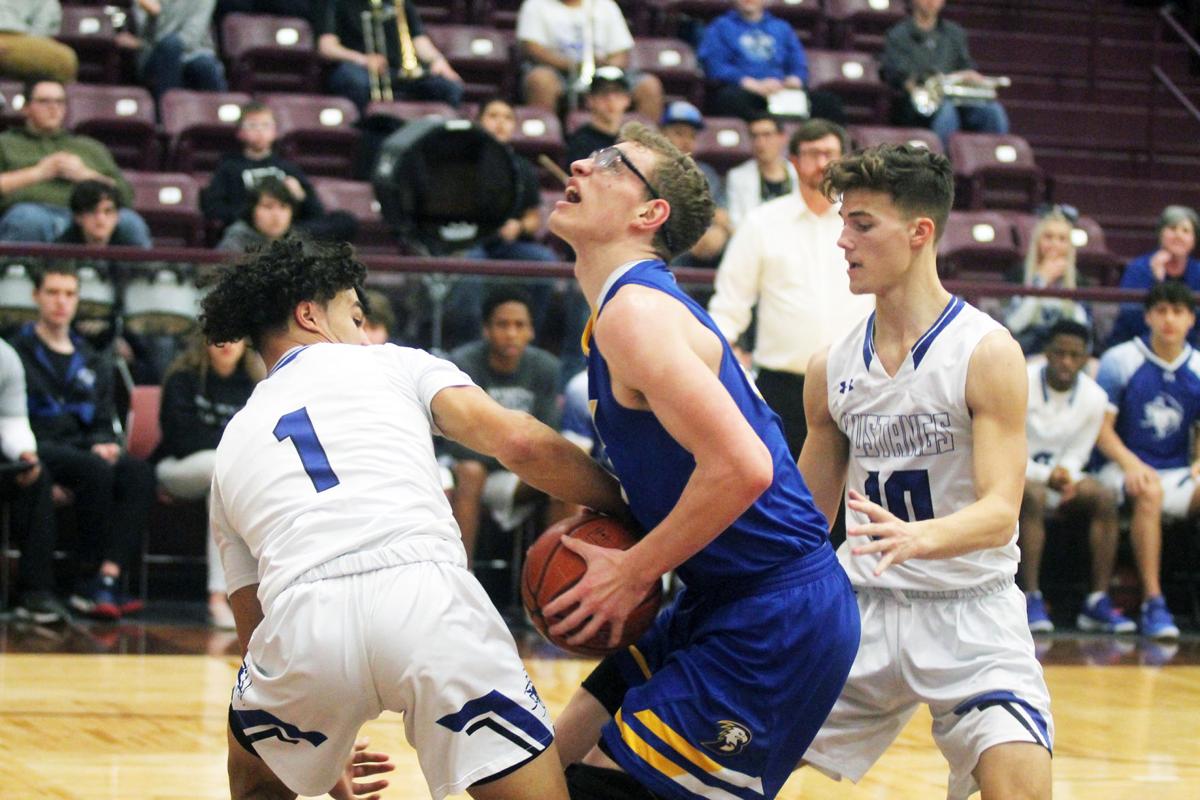 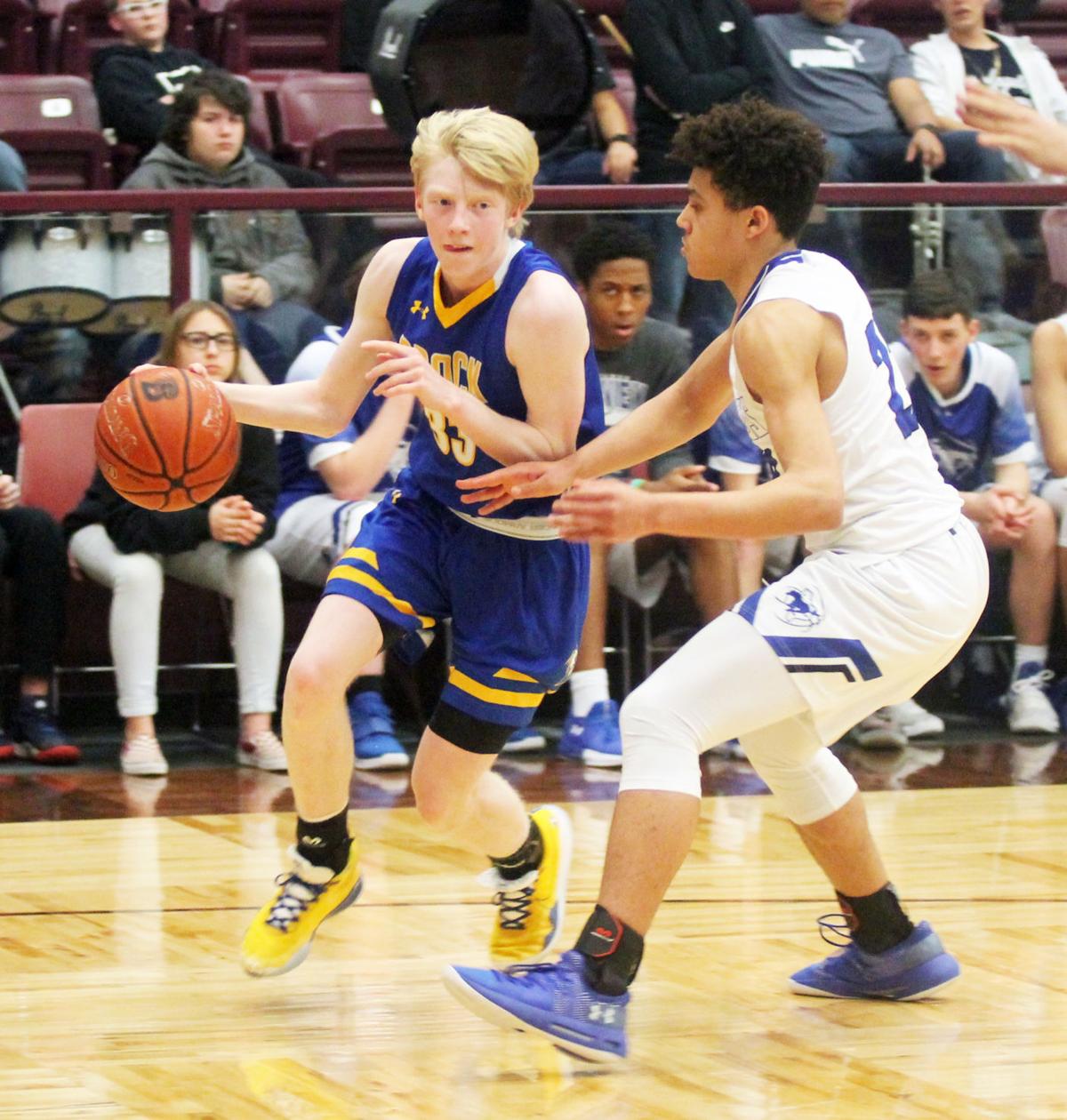 Despite graduating a senior-heavy class following the conclusion of the 2018-19 season, the Brock Eagles proved they still have the pieces in place to make a deep postseason run, evident in the team’s finish as a Class 3A regional semifinalist in 2019-20.

Leading the way for the Eagles were junior point guard Ty McCall and junior shooting forward Corbin Calzacorta, who took home District 7-3A’s Newcomer of the Year and Sixth Man of the Year, respectively.

“I thought [Newcomer of the Year] was an award Ty was deserving of,” Boxell said.

“He was a true point guard for us as far as getting us into our offense, making it where we could get the ball down the floor. And then on top of that, he had a good outside shot and could make things happen on the offensive end.

“This was his first year being on varsity, he had to do a lot of different things for our team that don’t always show up in the stats, being a leader on the court for one. I was happy to see him get it.

“Corbin did a good job for us all year as well. He came off the bench and we were able to play him in several different types of positions. He had a good shot as well, he was aggressive, he could get rebounds, defend some bigger players, so he was sort of that utility player we could bring in and help our team out.

“I was happy to see him get that award.”

Brock’s first-team selections included senior shooting forward Brayton Chitty and sophomore power forward Nathan Jones, a pair of players at different points in their respective playing careers, but both important to the Eagles’ success this past season, Boxell said.

“Brayton is a good offensive player, he can really score and help get the ball down the court when we’re facing pressure,” Boxell said.

“He would open things up for other players when teams had to start worrying about him when he got his shot going. He was one of our returners from last year who got a lot of minutes.

“He did a lot of things for us this year to get that award.

“Nathan is one that could have got several awards. We graduated most of our team from last year, so we had a lot of new guys, and this was his first year on varsity.

“Getting first-team all-district is a great award, especially for a sophomore and first-time varsity player. He really came on strong in district for us, and I think coaches recognized how big of a part he was to our team.

“We’re looking forward to great things from him the next two years.”

Rounding out the squad’s all-district honors were junior shooting guard Quinn Moudy, senior center Zane Cook and senior center Ty Duggin, a trio of players who each picked up a second-team selection.

Like Jones, Moudy is a player the Eagles are expecting big things from in the future after a solid 2019-20 campaign, Boxell said.

“He did some good things for us on both the defensive and offensive sides of the ball. He had several big games for us defensively in district and then offensively gave us another threat and made it where people couldn’t just concentrate on one or two people. He was another one people had to respect what he could do on the offensive end.

“We expect to see a lot of great things from him next year as well.”

Boxell also highlighted Cook and Duggin’s strengths as inside players, saying their proficiency coming down with rebounds as well as getting easy buckets near the rim forced opposing teams to pick their poison between negating the pair’s contributions inside or countering the Eagles’ stable of capable outside shooters.

“Zane has been a good player for us the last two years,” Boxell said.

“He does some great things for us on the inside and makes teams worry about taking him away, which opened things up for our outside players. I was glad to see him rewarded.

“Ty was a great rebounder for us. Same thing as Zane, he was another returner for us from last year and a force inside as far as making people try and keep him off the boards. He played great defense.”

Looking back at the group as a whole, Boxell said despite taking some time to find its identity, his squad did well pulling together in time to make another deep playoff run.

“Anytime you graduate heavy from the year before on a very successful team, it always takes awhile to sort of mesh and find your identity,” Boxell said.

“Sometimes it comes around faster than others, and this year it was sometimes up and down, it took us a little longer to find our identity, but by the second round of district the guys really started pulling together. They found a way to get things rolling at the right time to give us a chance to be successful.

“These guys fought through some ups and downs. They never gave up and kept working hard.”