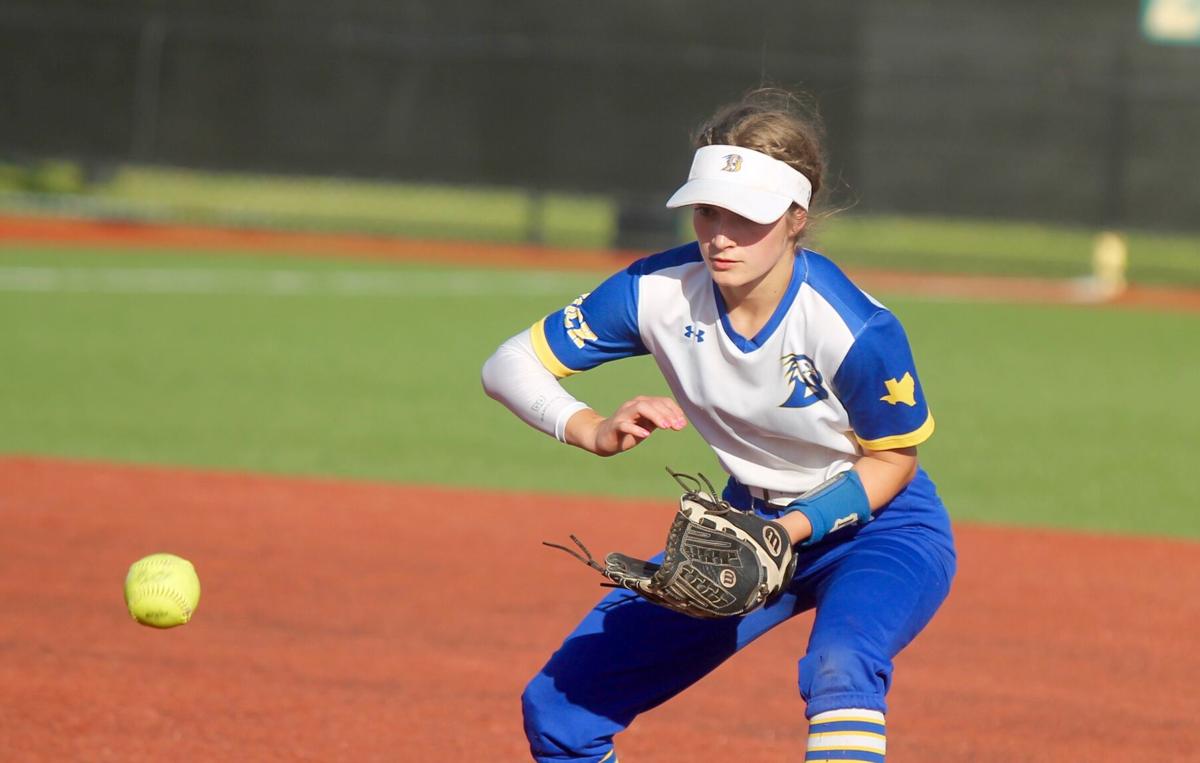 Presti snags a grounder during a recent game. 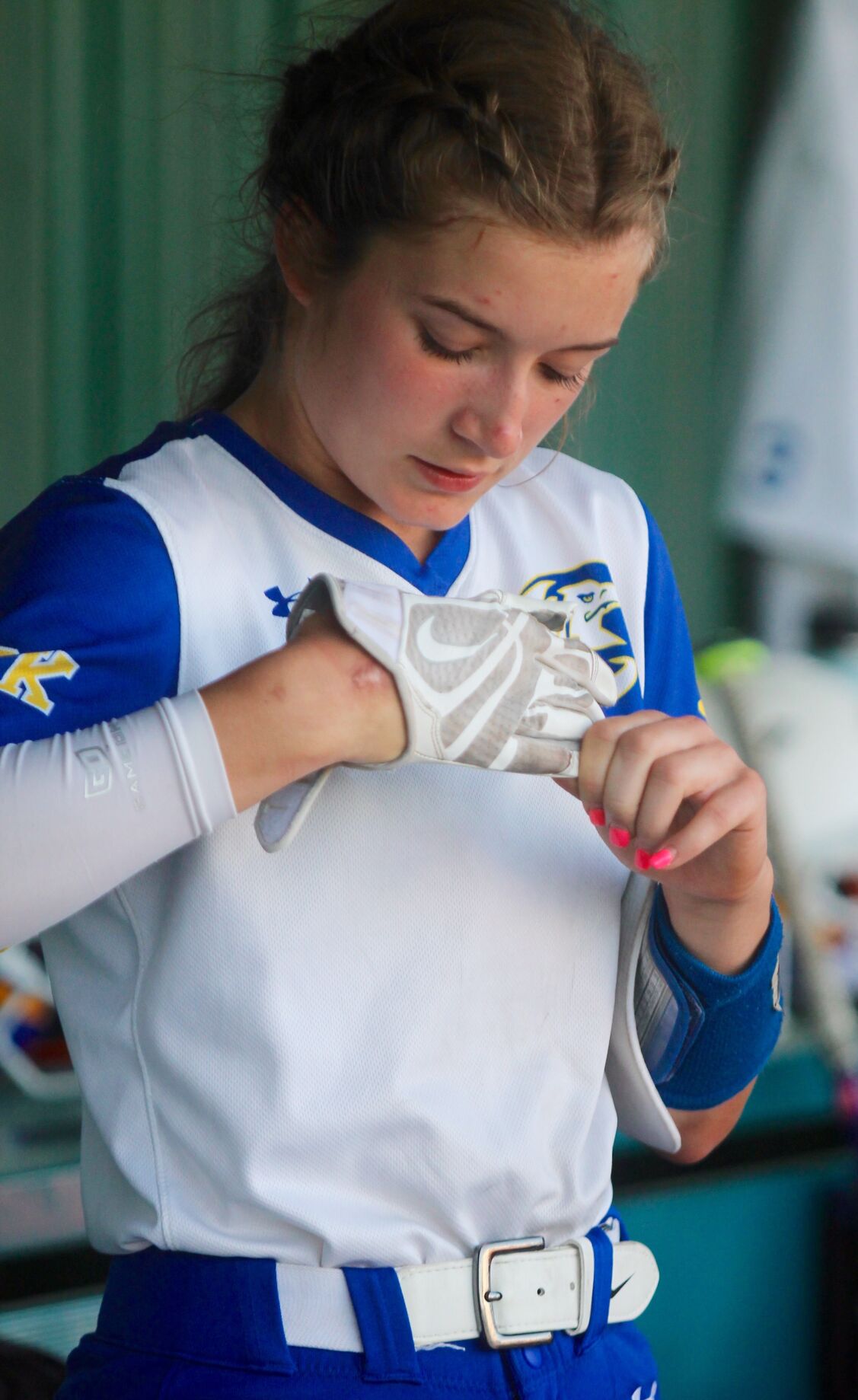 The scar on her right hand reveals itself when Presti removes her batting glove. 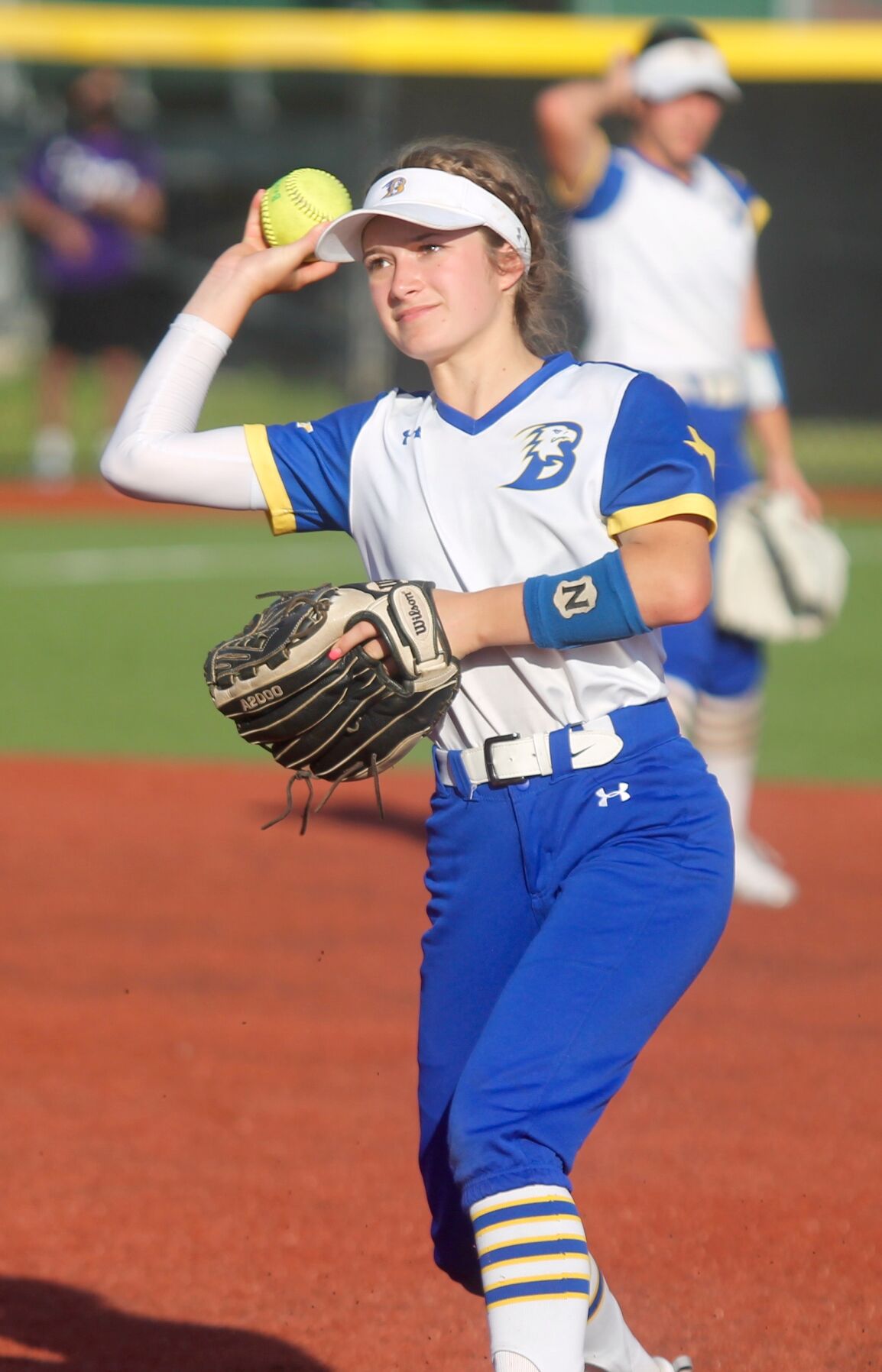 Presti's surgically repaired hand allows her to throw out runners like before.

Presti snags a grounder during a recent game.

The scar on her right hand reveals itself when Presti removes her batting glove.

Presti's surgically repaired hand allows her to throw out runners like before.

A batter from Eastland High School smashed a hard grounder toward Brock second baseman Carson Presti during a recent game at Eagles Field. The freshman infielder snagged the ball and tossed it to the shortstop covering second base for a quick out.

After the play, Presti wiggled her right hand around for a few seconds. It’s a habit she has picked up to help restore feeling in a finger she came close to losing after a Polaris accident last summer.

“It’s very sensitive still,” Presti said, referring to the middle finger on her right hand — her throwing hand. “I only have one artery in my finger. If the weather’s cold, it cuts off all circulation and I have to shake it to wake it back up.”

Also, the finger remains “super tender” and hurts when a ball hits it a certain way.

“They said I will have to deal with it for awhile until the nerves are completely re-healed,” she said.

Presti isn’t complaining. She is thrilled to be playing softball after almost losing the finger to amputation. She injured another finger and the back of her hand, as well.

In August, Presti and a friend were riding in a Polaris off-road vehicle on a property near Santo. The friend was driving, and Presti was in the passenger seat. After they topped a hill and made a turn, the vehicle flipped.

“When I stuck my arm out, my fingers went straight into the ground,” Carson Presti said.

When she saw her disfigured hand, she knew life had changed.

“It was really scary,” she said. “I had a lot of adrenaline, so I didn’t feel it at the moment, but in the car it was pretty painful.”

“As soon as I saw my hand, I didn’t think I would play again,” she said. “I was really nervous, but then I started thinking about getting out [of the Polaris] and trying to get back to the house and trying to get that other girl safe who was with me.”

By the time Presti arrived at the hospital emergency room, she was consumed with thoughts of softball. She’s played since kindergarten and hopes her skills will help put herself through college.

“When I got to the ER, that’s all I kept talking about — if I was going to play softball again,” she said. “I told them they couldn’t take my finger, just so I could play softball. They said they weren’t going to, but there might not be a chance of playing softball again. Then, I just started freaking out.”

A surgeon assured her that he would repair her fingers enough to play softball.

“That gave me a sense of peace,” she said. “That’s all I was really worried about.”

After the surgery, Presti was “a little bit down at first but came back,” her dad said.

More like roared back. She attended hand therapy twice a week. Her doctor predicted she might have about 30% flexibility on her index finger and 60% on the middle finger. Now, both fingers are 70% or better.

“She just worked,” Jay Presti said. “When her hand was still stitched up with splints in it, she was doing leg squats and working out. She didn’t want to give up.”

All these months later, Carson Presti recalled that brief dip into self-pity as a blip smoothed out by spirituality and human bonding.

“The down period was a feeling of maybe I’m not going to get to play again,” she said. “Maybe I’m not going to be the same person I was. All I lived for was playing softball and sports and working out. Without a hand, that would be pretty hard. I didn’t know what to do with myself.”

She prayed for guidance.

“I realized God was with me on my journey and that everything was going to be OK,” she said. “That’s how I got out of it — God and my family and friends pushing me to be better.”

She skipped volleyball this year but played basketball, gaining confidence in her hand. When softball began, she earned a starting position on varsity as a ninth grader. Her  position requires fielding, throwing and clutch hitting, and she has excelled in all areas despite not being 100 percent.

The Lady Eagles are in first place in District 8-3A and soaring toward the playoffs.

Presti is thankful to the surgeon that saved her hand and softball career but disagreed with him on one thing. The doctor suggested another surgery to make the large scar on her hand less visible.

“At first, I didn’t like the scar at all,” she said. “Now, I have grown to love it because it tells a story. I can tell other people how I came back, and it made me a better person. It helped me spiritually, physically and mentally. I’m thankful for that.”