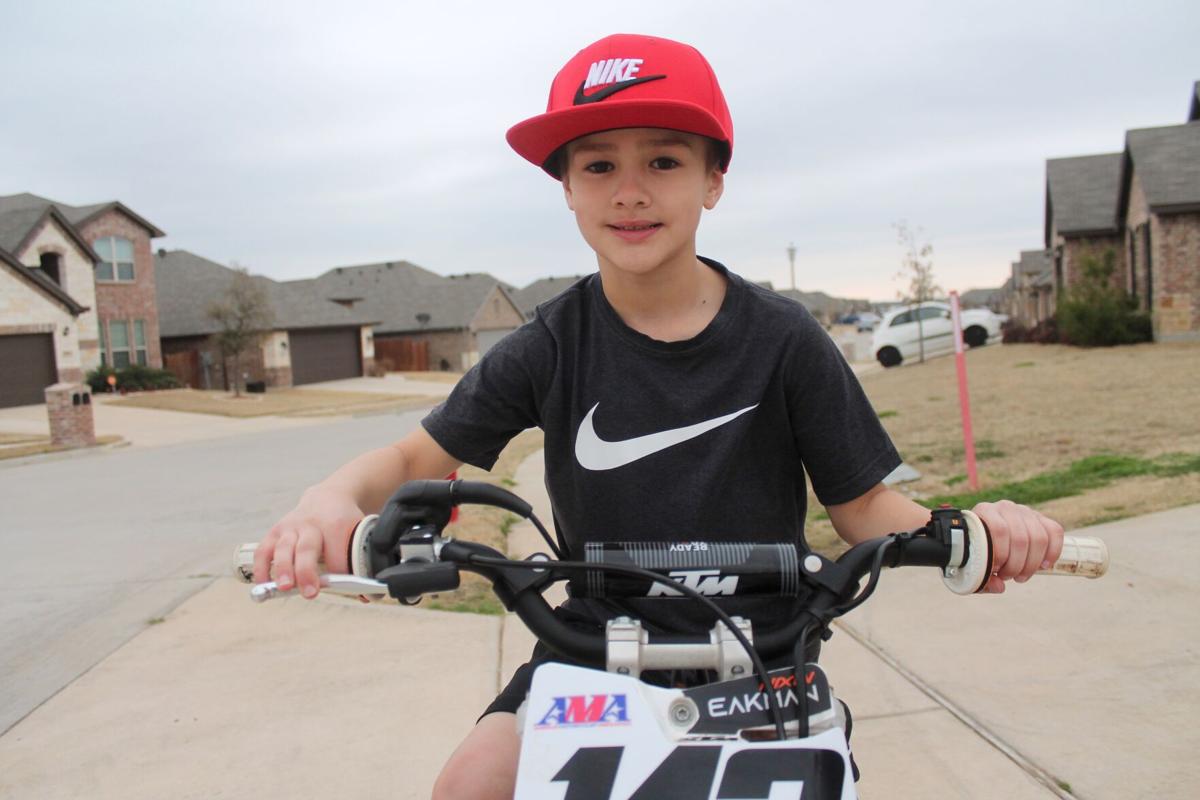 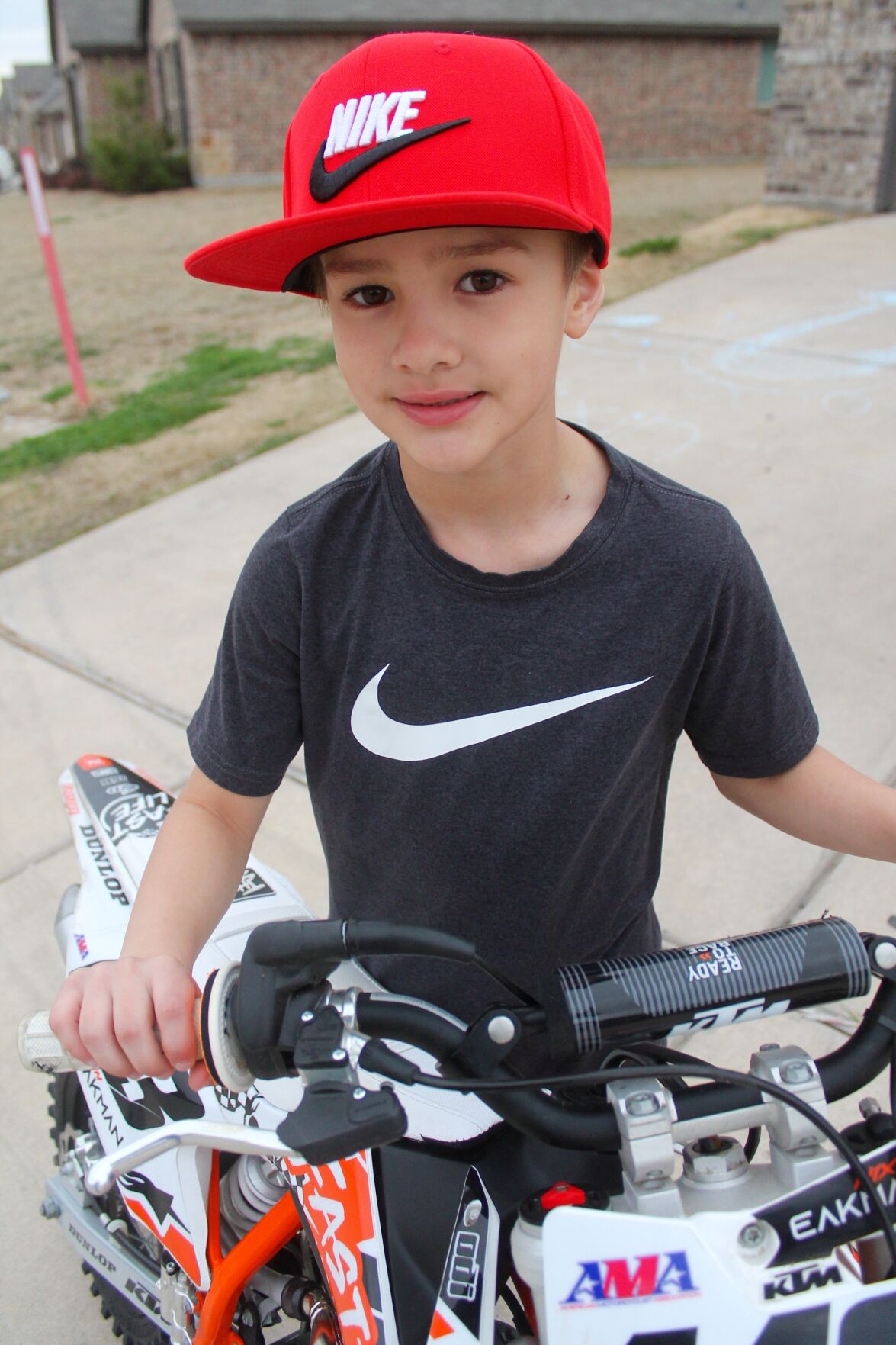 Weatherford resident Nixin Eakman will ride in a junior supercross event at AT&T Stadium on Saturday.

Weatherford resident Nixin Eakman will ride in a junior supercross event at AT&T Stadium on Saturday.

The motorcycle boy handled his first newspaper interview with distinction on a recent afternoon at the Weatherford home he shares with his parents and sister.

Nixin Eakman was quiet and shy during the question-and-answer part of the interview. Afterward, though, he pulled off an impressive flip while dismounting from a swing, as if to remind his interviewer that he’s a boy of action, not oratory.

Two dozen racing trophies displayed around the house testify to 7-year-old Nixin’s prowess on a motorcycle. Phillip and Tanjamarie Eakman’s youngest child was one of 15 kids chosen from across the country to participate in the invitational KTM Junior Racing Supercross Challenge on March 20 at AT&T Stadium in Arlington.

Junior racing events are popular among adult supercross fans and promote motorcycling as a family activity. The events began popping up in the mid-90’s as an entertaining intermission exhibition during supercross stadium events. The kids race on identically-prepared engine-powered minicycles on a dirt track with hill, bumps and jumps.

Nixin saw a junior racing event on TV a couple of years ago and was intrigued.

“He woke up one morning and asked for a dirt bike,” dad Phillip Eakman said. “We got him one shortly after, and he said, ‘You know how some people are born to do certain things in life? I was born to ride dirt bikes.’"

Nixin was 5 back then and rode in the 4-6 age class but has recently moved up to the 7-8 class. He was selected to participate in the AT&T Stadium event after a lengthy process that involved sending an introductory video and racing videos, along with report cards, doctor’s note and other materials. Two weeks later, he was notified about being selected.

“He is over the moon about it,” mom Tanjamarie Eakman said.

Maybe in private Nixin sails to celestial heights. During an interview, he plays his emotional cards close to the vest.

Does he ever get scared?

Why does he do it?

He went to a local track to practice and “didn’t really know what to do” but “figured it out.”

Now, zooming around is his favorite thing.

The races are a family event that often include sister Kinzley, who attends Hall Middle School.

“We go to local races and travel,” Tanjamarie Eakman said. “We make our vacations out of traveling for his races to Utah and places like that.”

Mom is happy for Nixin — but not always happy. Nerves take over when watching him race.

“It’s definitely scary,” she said. “But he loves it so much. We can’t let me stop him. We let him do his little dream.”