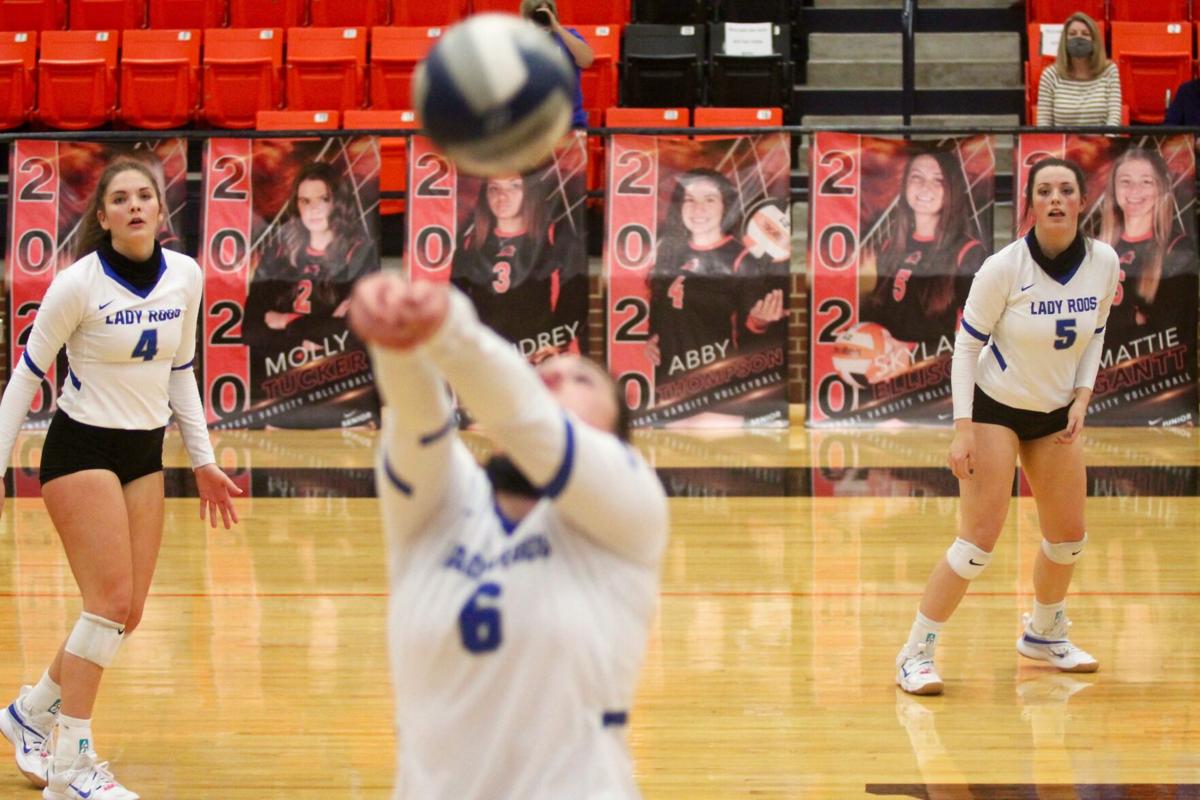 Riess Griffith, left, and Lynsey Lee, right, watch as Abbie "Cadabra" Lane makes a valiant attempt to keep a ball in play on Thursday against Keller. 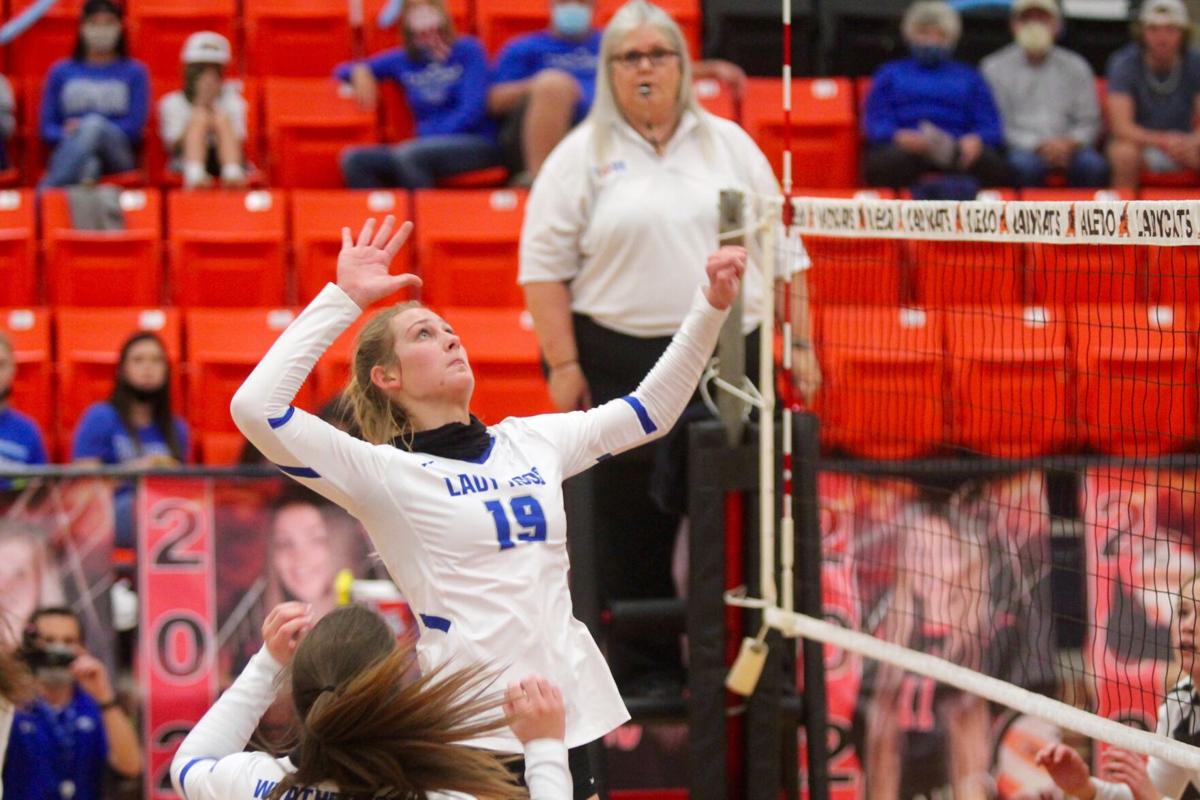 Kate Hansen enjoyed a huge night at the net and while serving for the Lady Roos. 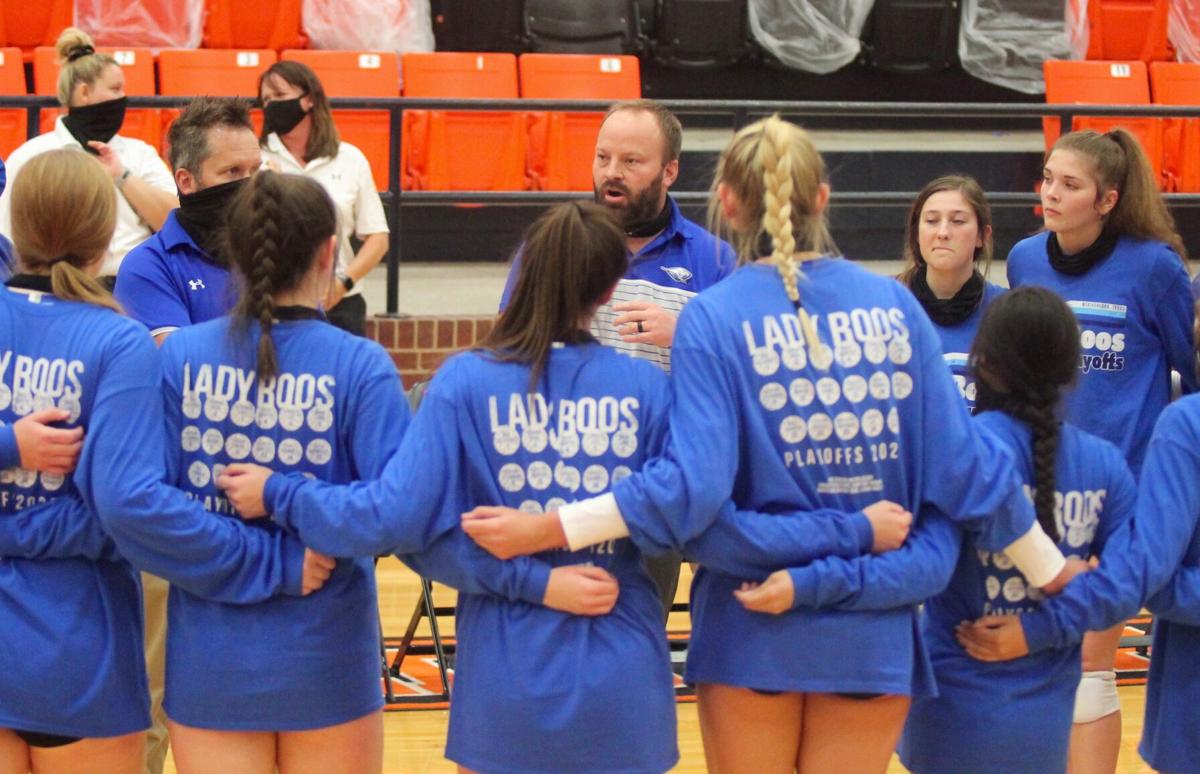 Coach Nicholas Gay talks to the team before the game against Keller. 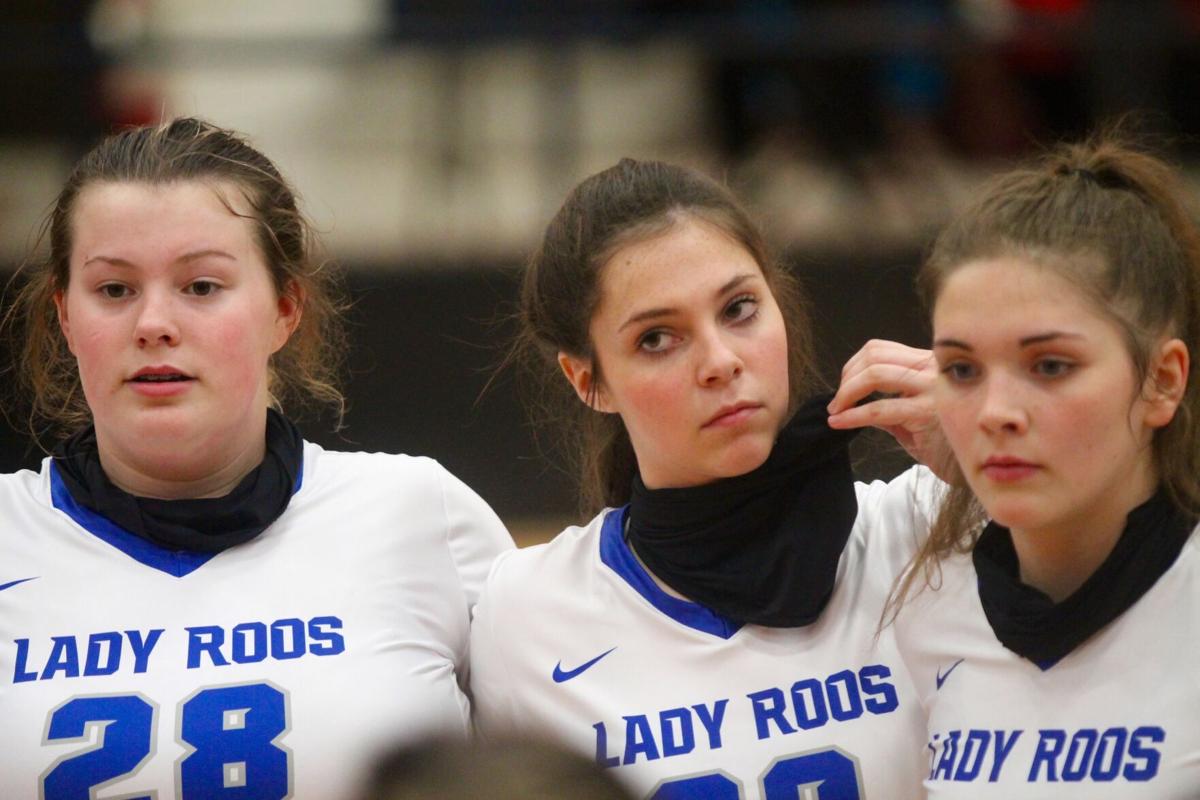 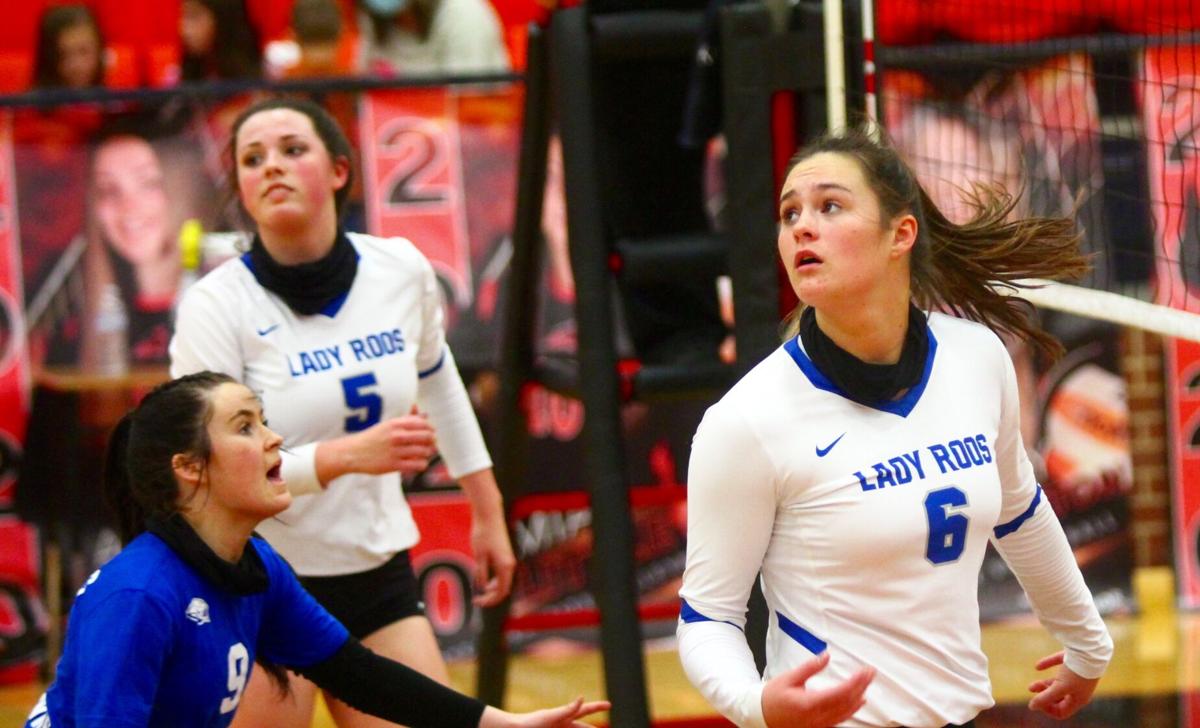 Keegan O'Connor, Lynsey Lee and Abbie Lane, left to right, played strong games one and all. 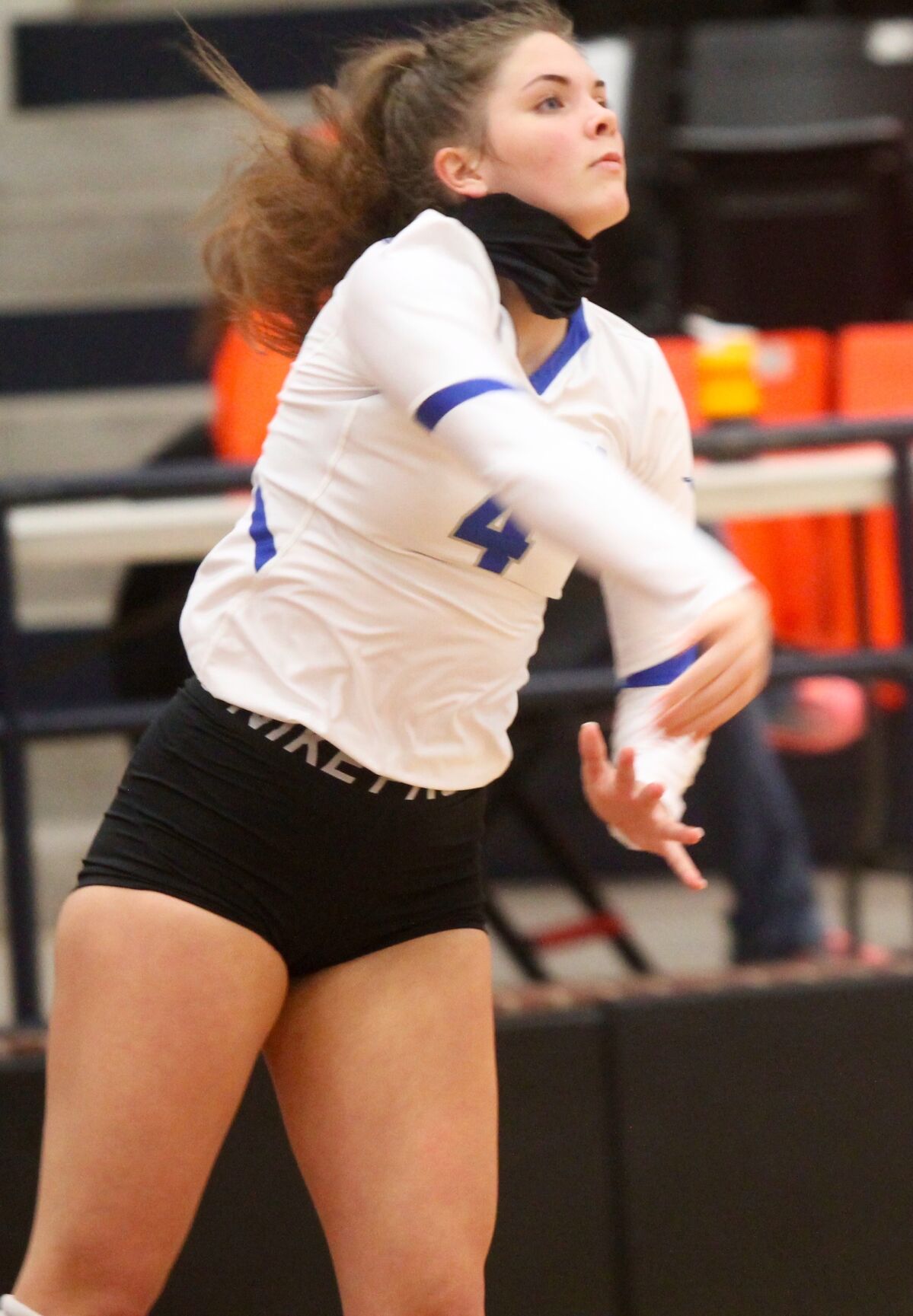 Riess Griffith played best when it counted most. 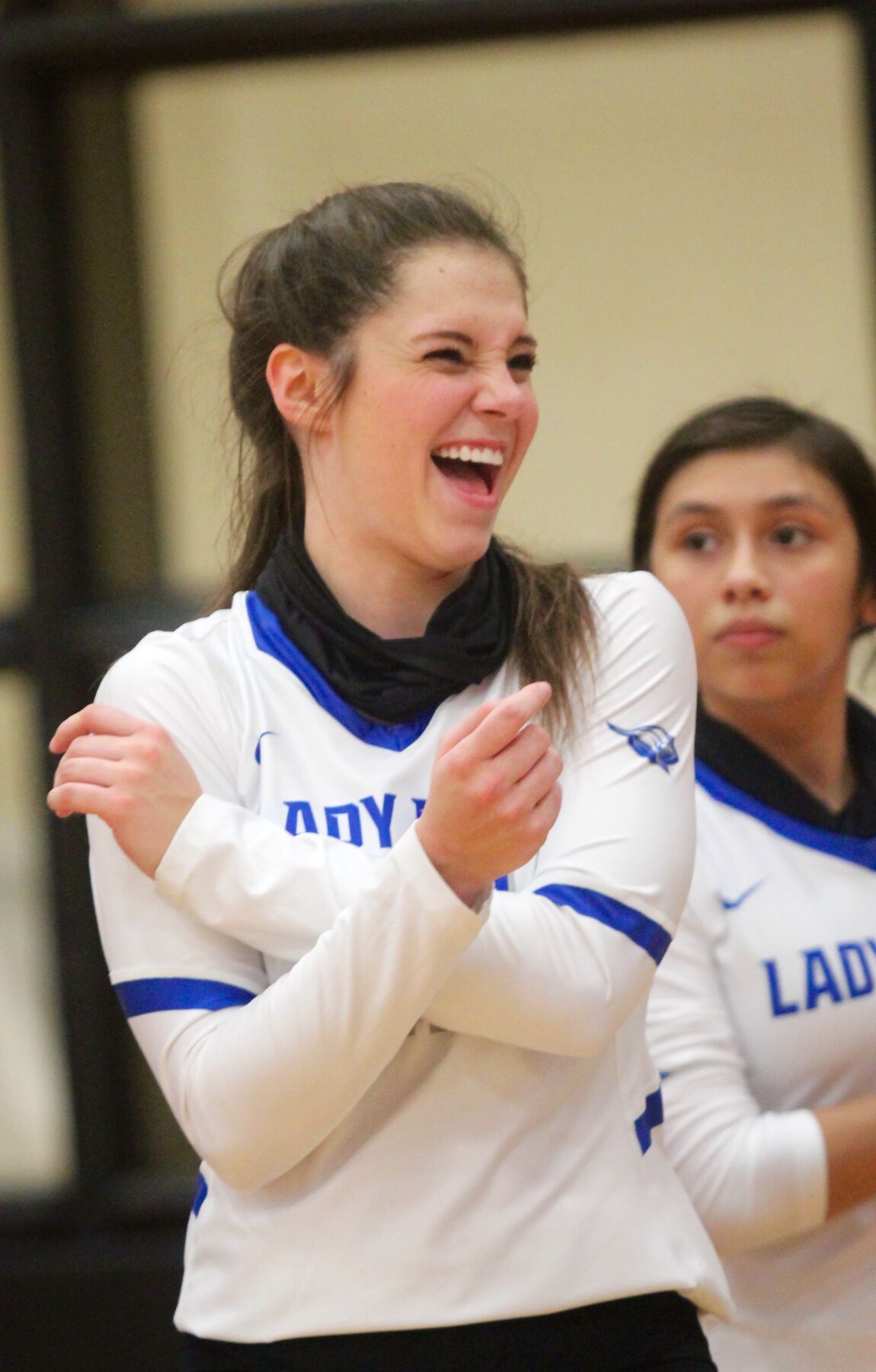 Evelyn Benson came off the bench to contribute to the win. 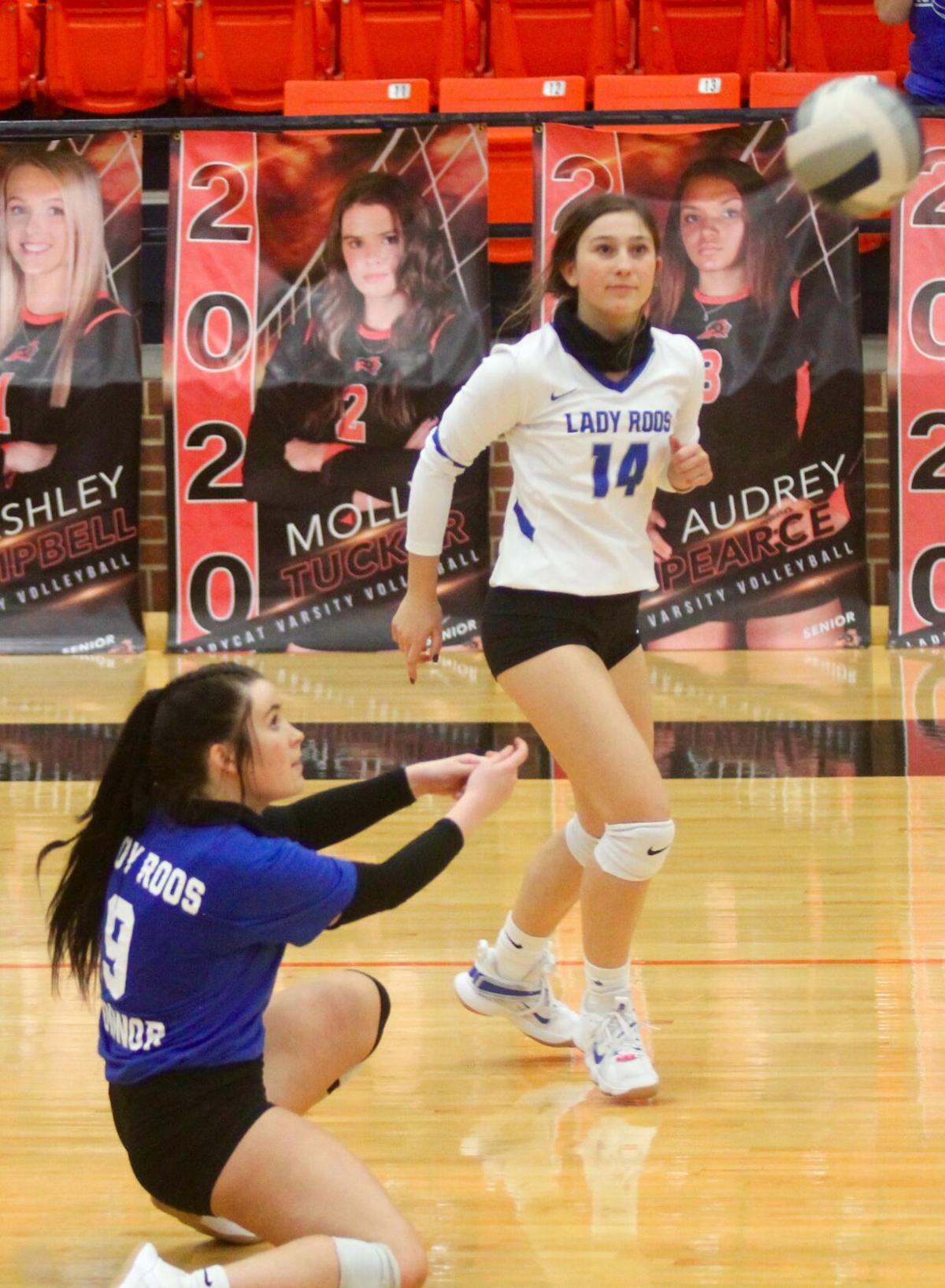 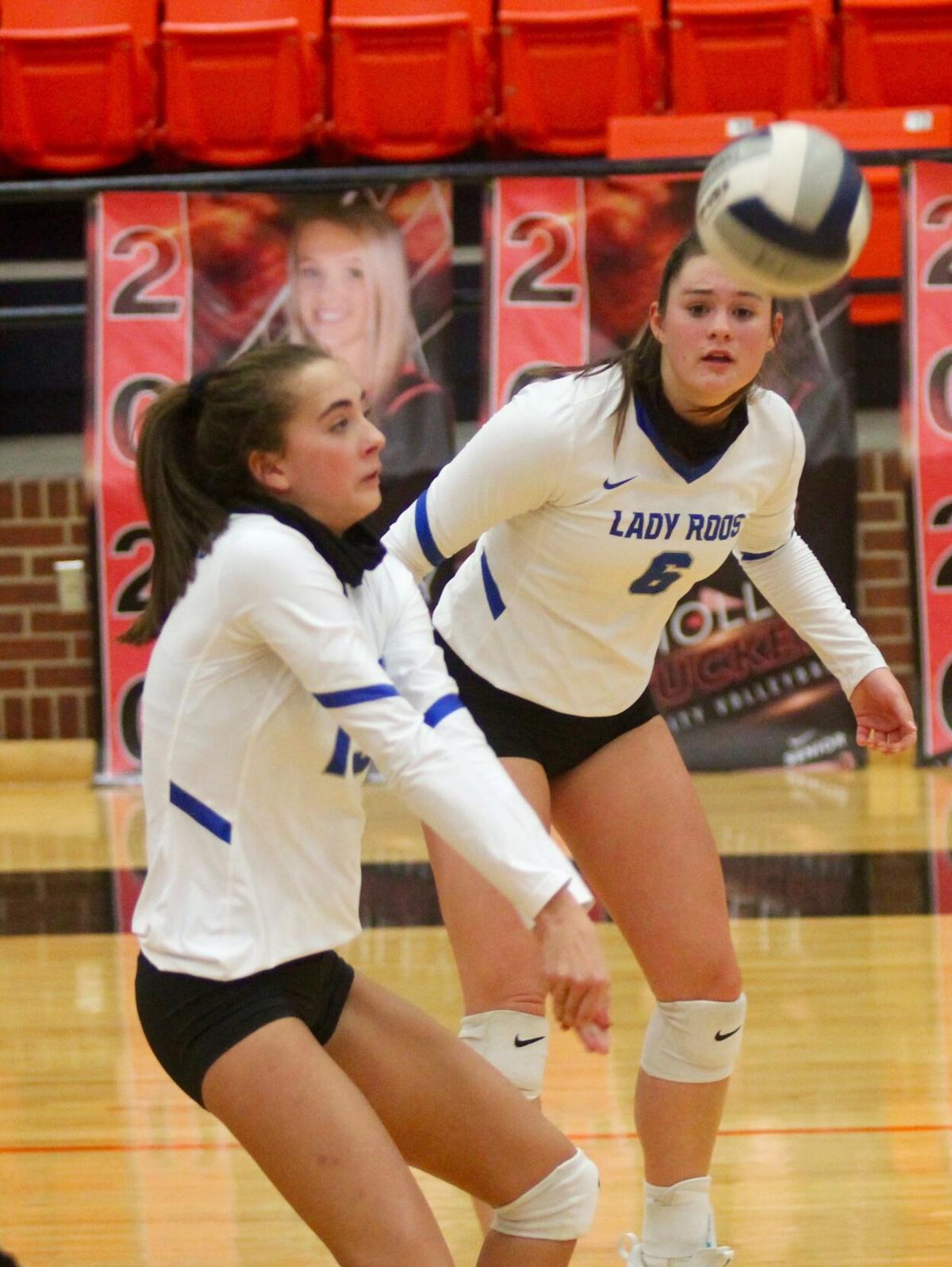 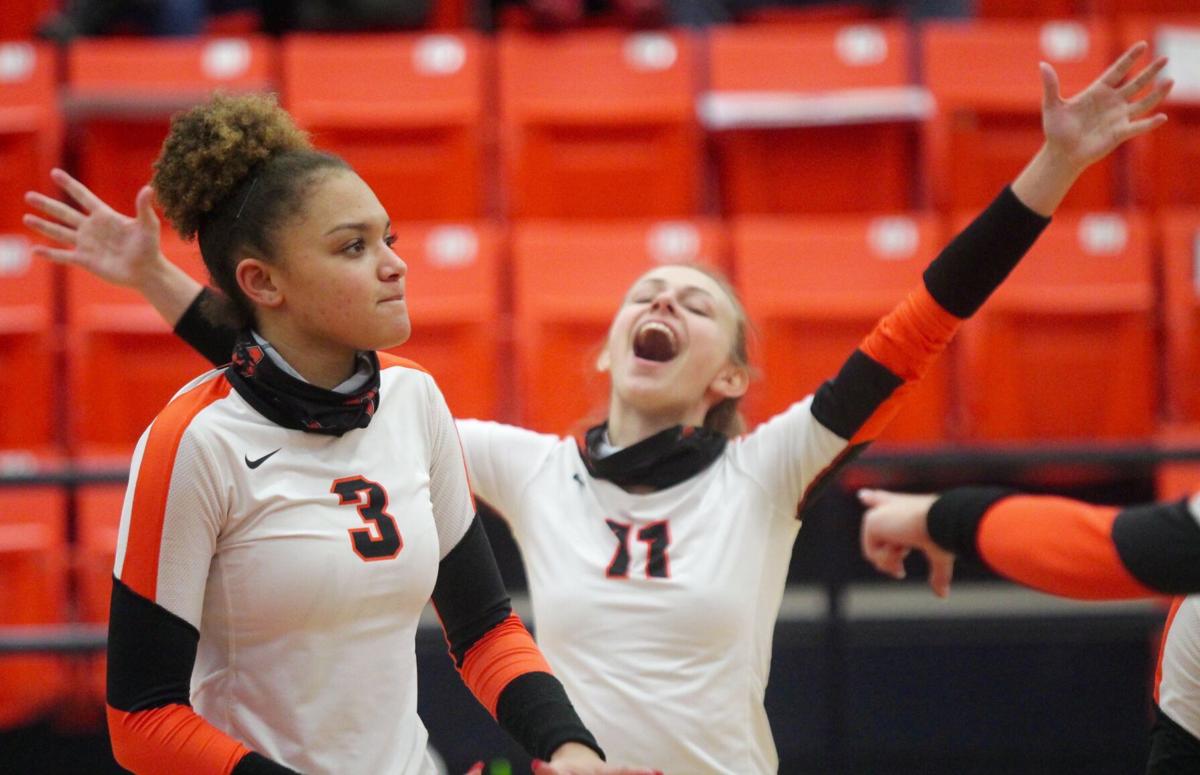 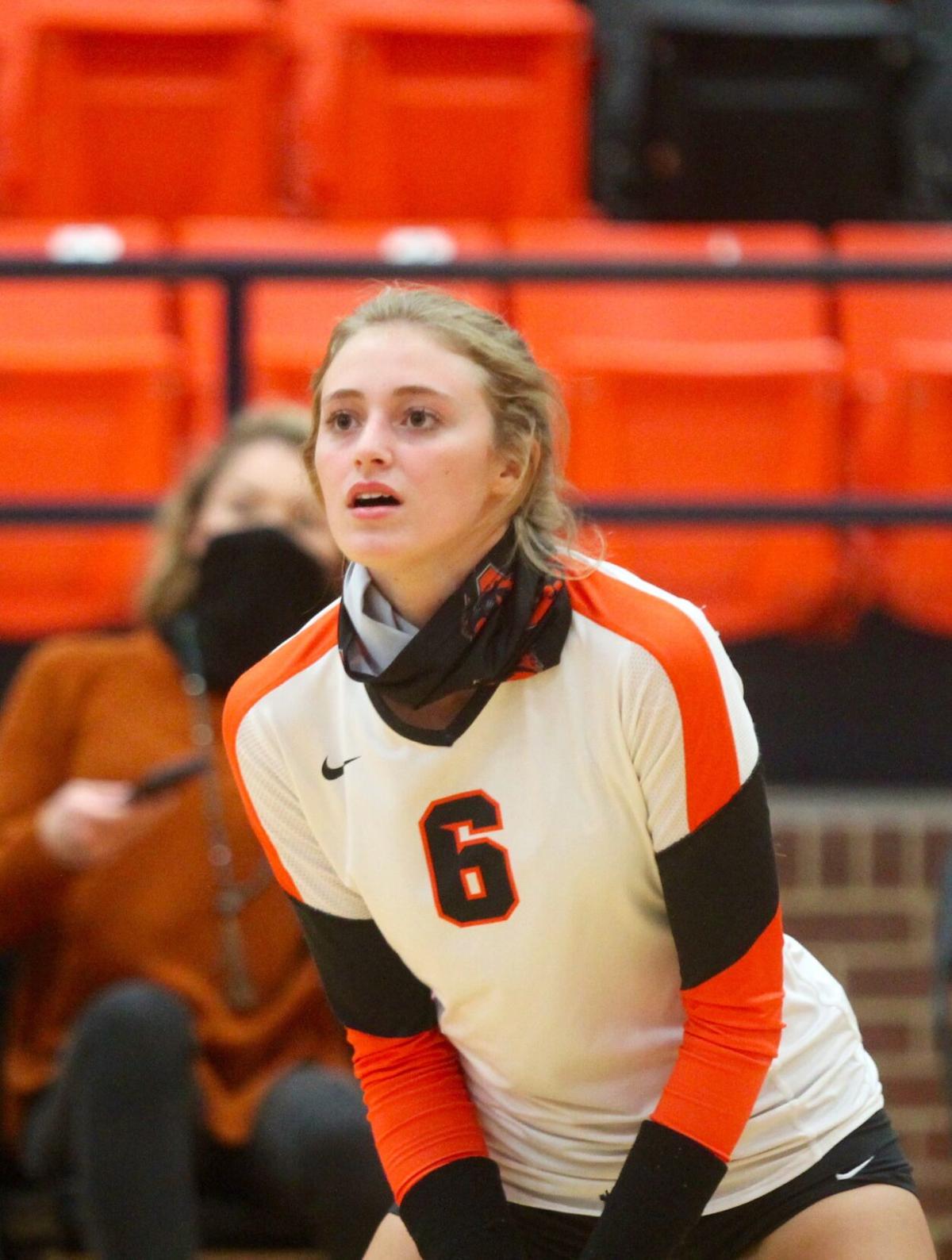 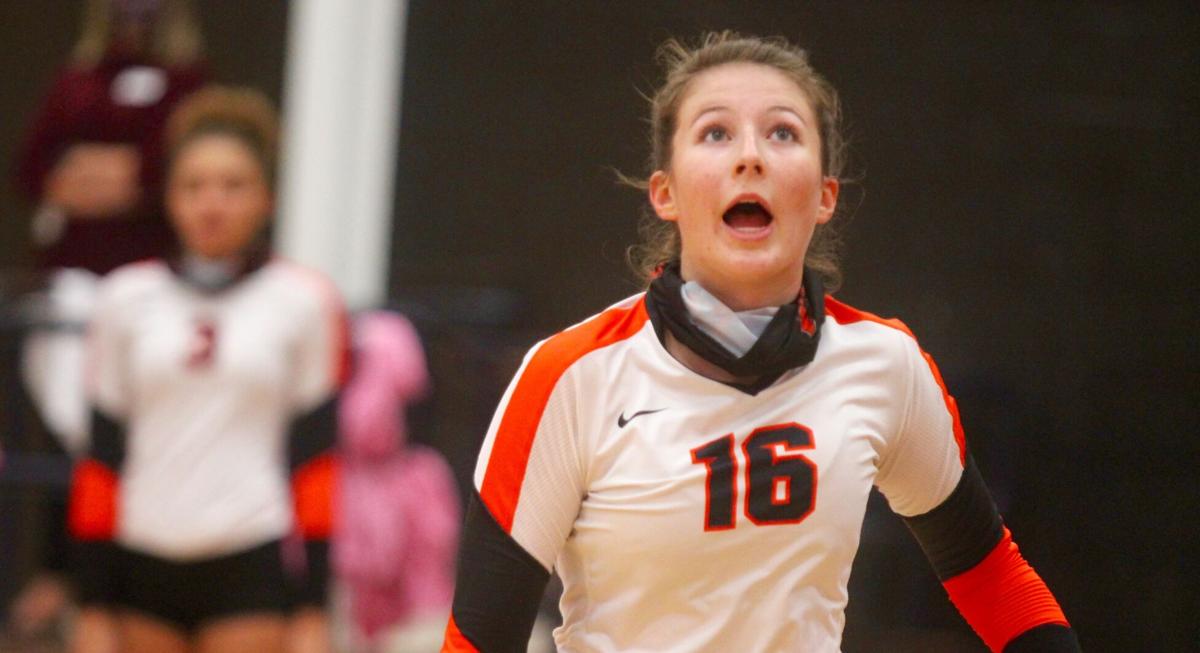 Lilly Taylor was among the team leaders for the Ladycats this year. 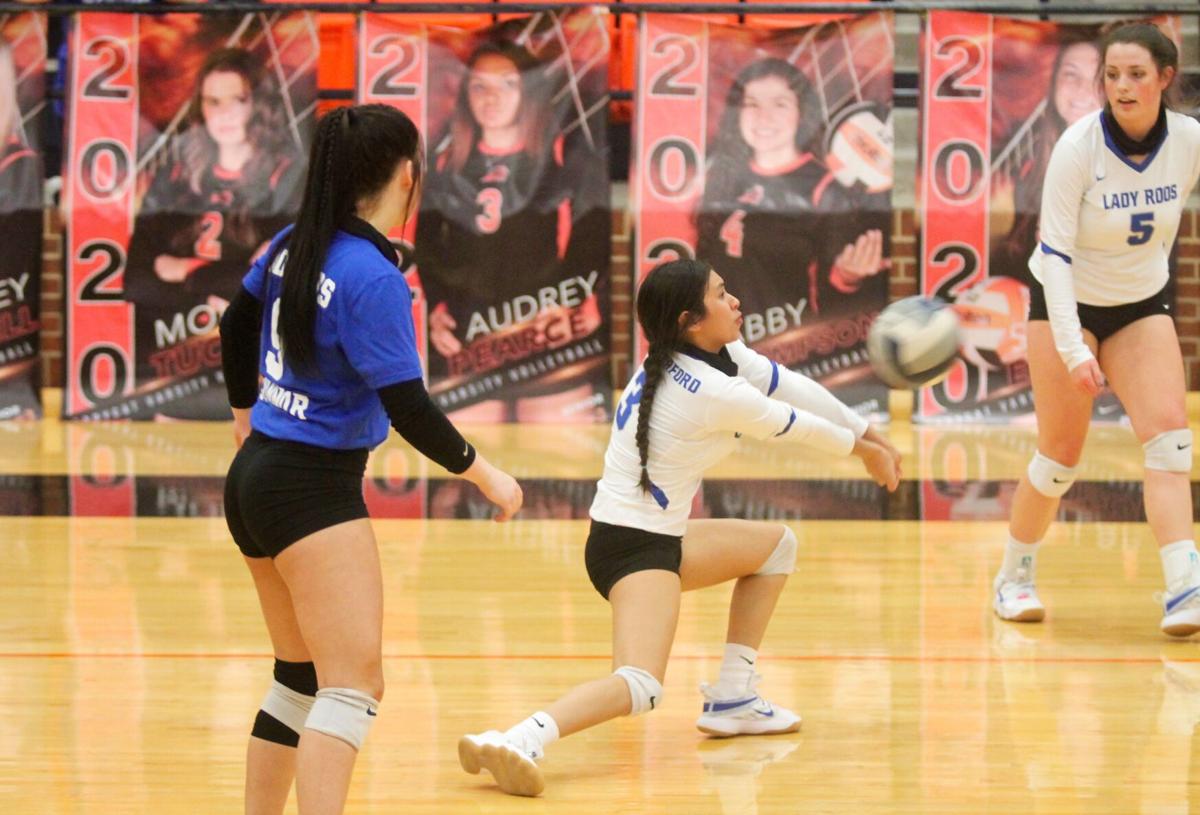 The Lady Roos struggled early but regrouped and knocked off Keller during a bi-district battle on Thursday night at Aledo High School.

The Lady Roos departed Weatherford for the tournament in grand style. Police cars and a fire truck with sirens blasting escorted the team bus out of town along Santa Fe Drive while fans lined the road to holler and wave flags, signs and balloons.

Things didn’t go as planned once the Lady Roos reached their destination.

Weatherford lost the first set 31-33 after a lengthy back-and-forth series of volleys, the longest set witnessed by the Weatherford Democrat all season.

The Lady Roos seldom lose a set. Afterward, they remained upbeat during the two-minute break, smiling and dancing, seemingly unfazed. The second set, however, began in equally unkind fashion. Worried looks began to show on some of the girls' faces.

The Indians took a 9-4 lead in the second set as the Roos struggled to find the groove that carried them to a 14-0 district record, 20-2 overall record, a district title and the No. 5 ranking in Texas.

Coach Nicholas Gay called a timeout and gathered the team around for a talk. The girls listened intently as he discussed the game plan.

“C’mon,” Gay yelled, clapping his hands as the girls returned to the court. “Let’s go!”

The Roos began chipping away at the Indians’ lead. Abbie "Cadabra" Lane went on an extended stint at the serve, and Kate Hansen was all arms, hands and blurry slams at the net. Hansen, too, enjoyed a long stint at serve, putting the Roos up in points and boosting momentum.

Keegan O’Connor was her reliable self, earning 28 digs to lead the team and returning 14 serves.

Griffith was hot at the serve, nailing four aces. Loran was right behind with three, and Hansen and Bateman slammed one apiece.

Gay attributed the team’s slow start to unexpected roster changes made by Keller.

“It was a really tough game to start out with,” Gay said afterward. “They had a different lineup. We kind of had to learn on the fly some different things. Keller played great. I’m really proud of our girls’ determination and effort to get this tough win tonight.”

He described the lengthy first set as a barn burner.

“It just goes to show that every point matters, whether it’s the first one or the last one,” he said. “There were a bunch of different girls who stepped up tonight. We ran a different lineup just because I needed to change the momentum and chemistry on the court.”

He mentioned Hansen, Lane and Benson in particular.

“It’s been a great total team effort from one to 16, whether you or playing on the court or giving energy on the bench, it’s a team effort all the way around.”

The Ladycats lost their bi-district playoff game with Colleyville Heritage in five sets on Thursday at Brewer High School.

The loss brings to an end another strong and exciting season for the Ladycats, who were  co-champs in Region I District 5 this year after posting a record of 17-5 overall despite difficulties faced this year because of COVID-19.