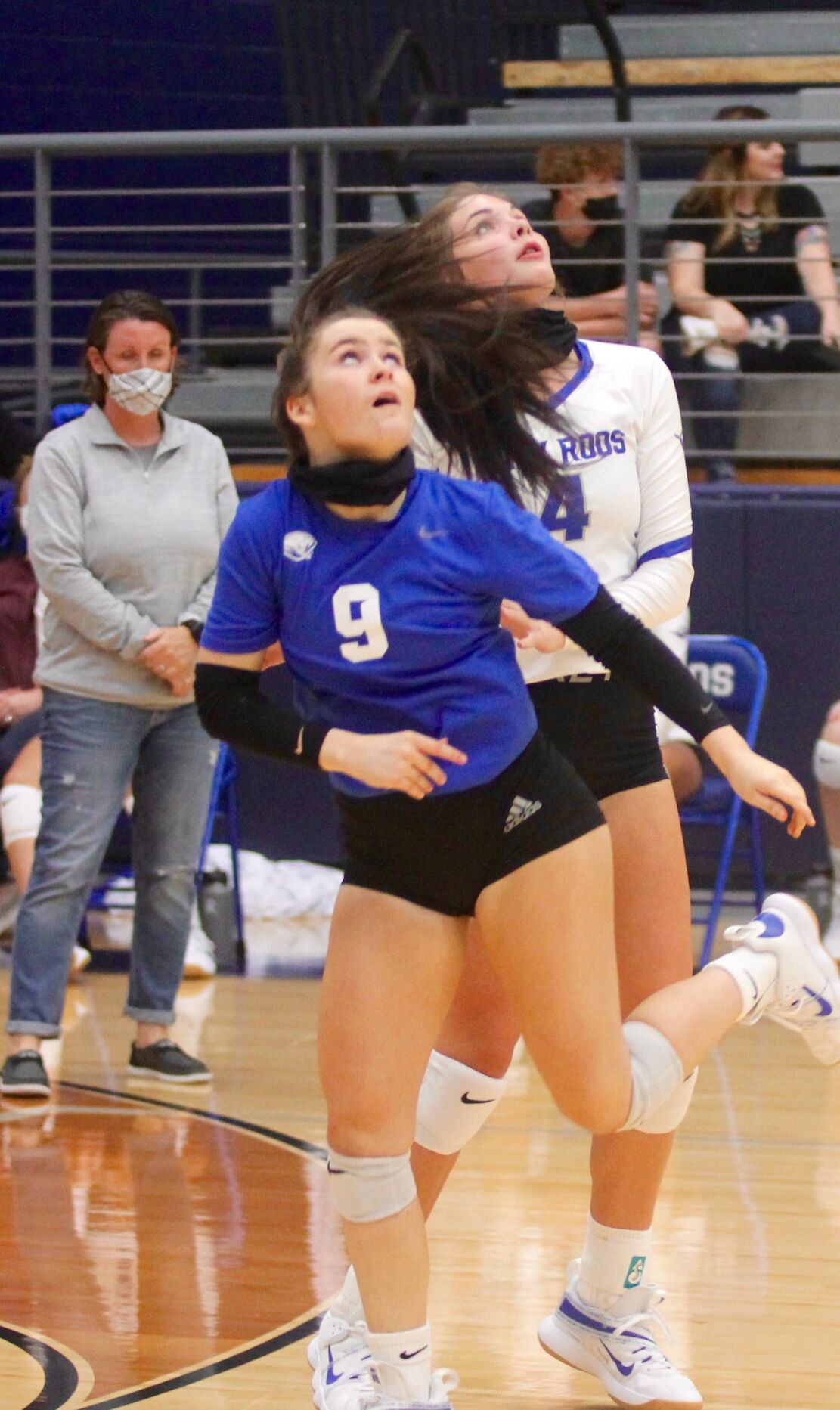 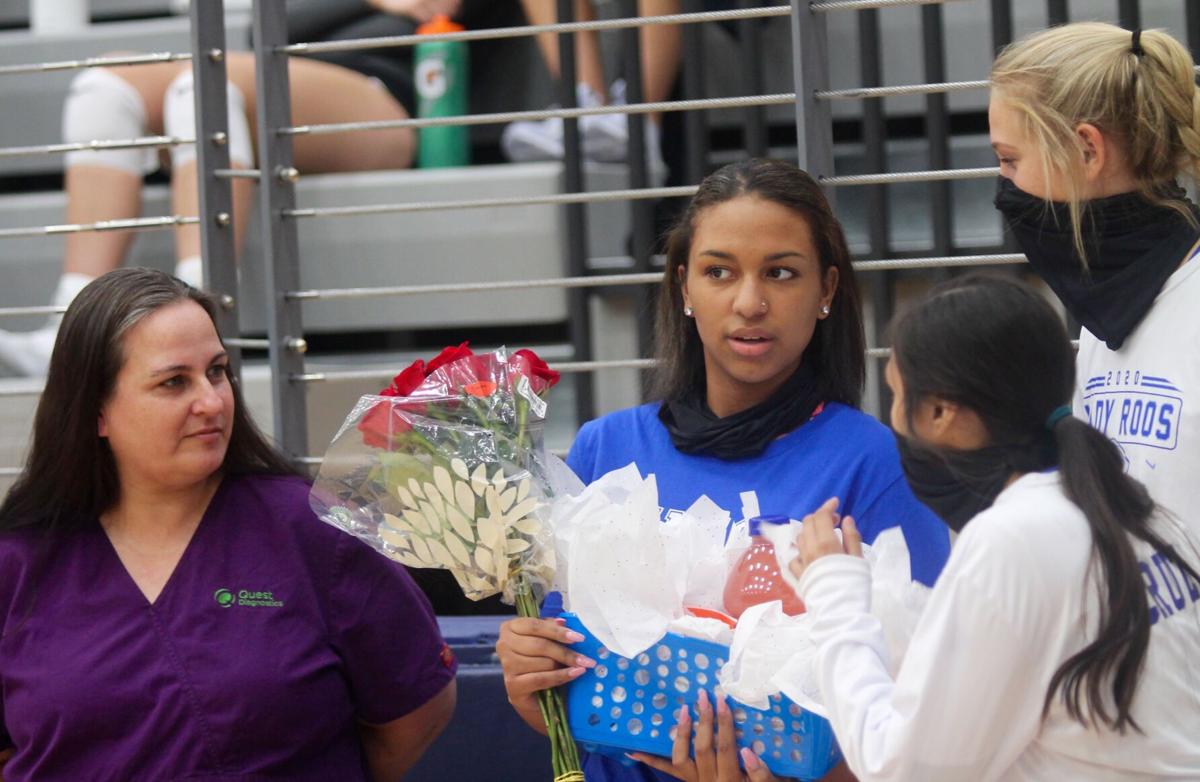 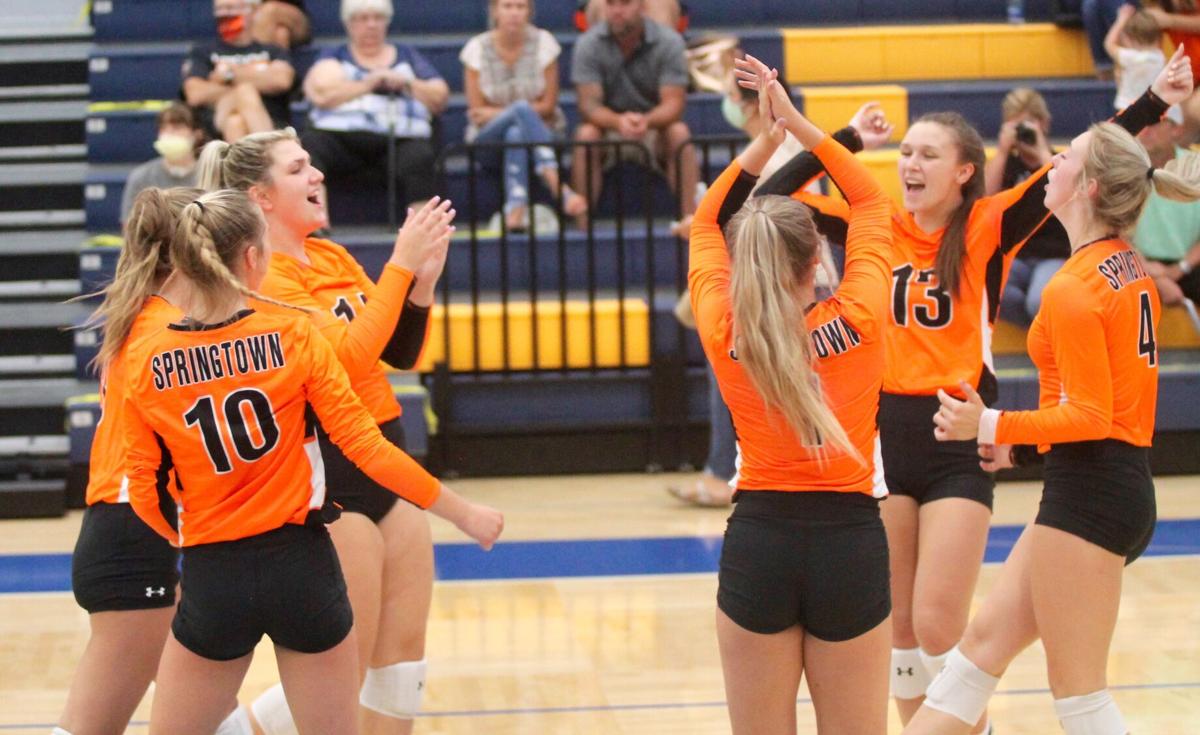 The Springtown Lady Pines are back in the win column. 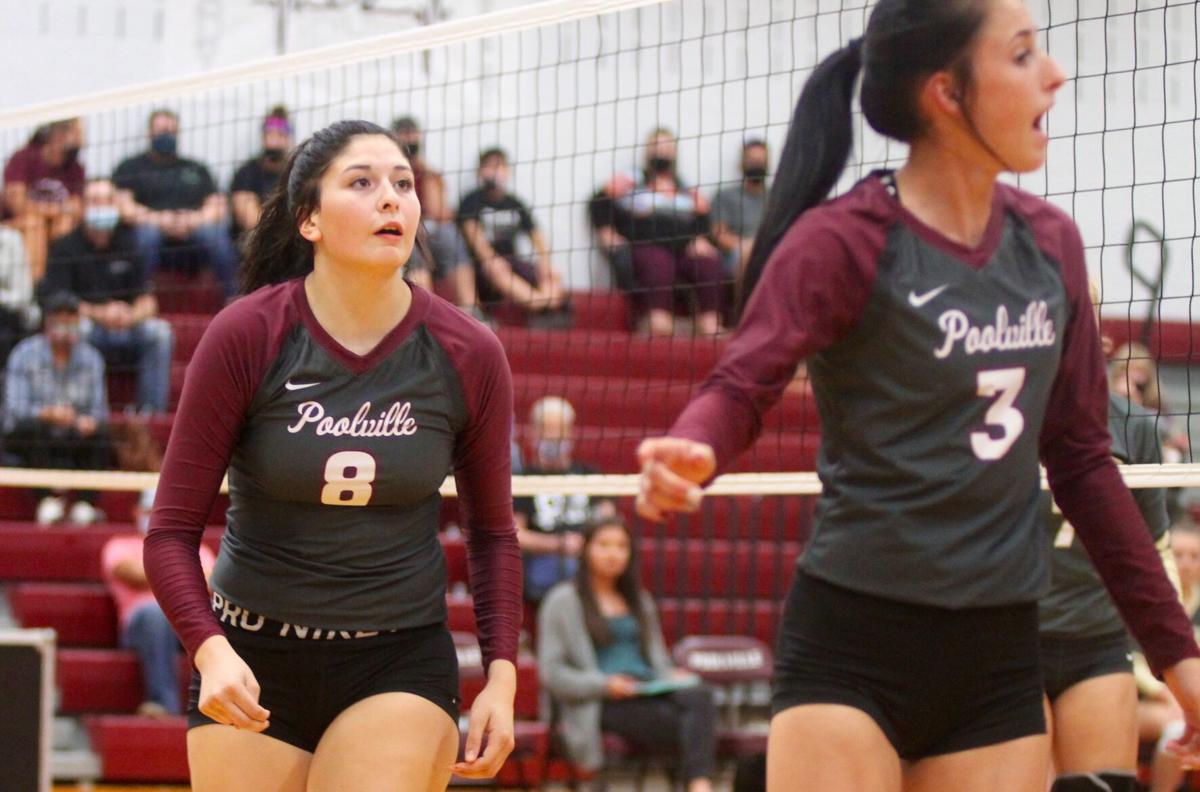 Poolville's Bentley Bryan, left, and teammate Payton Jennings led the mighty Monarchs to their sixth sweep in a row and an impressive 16-3 record over the weekend. 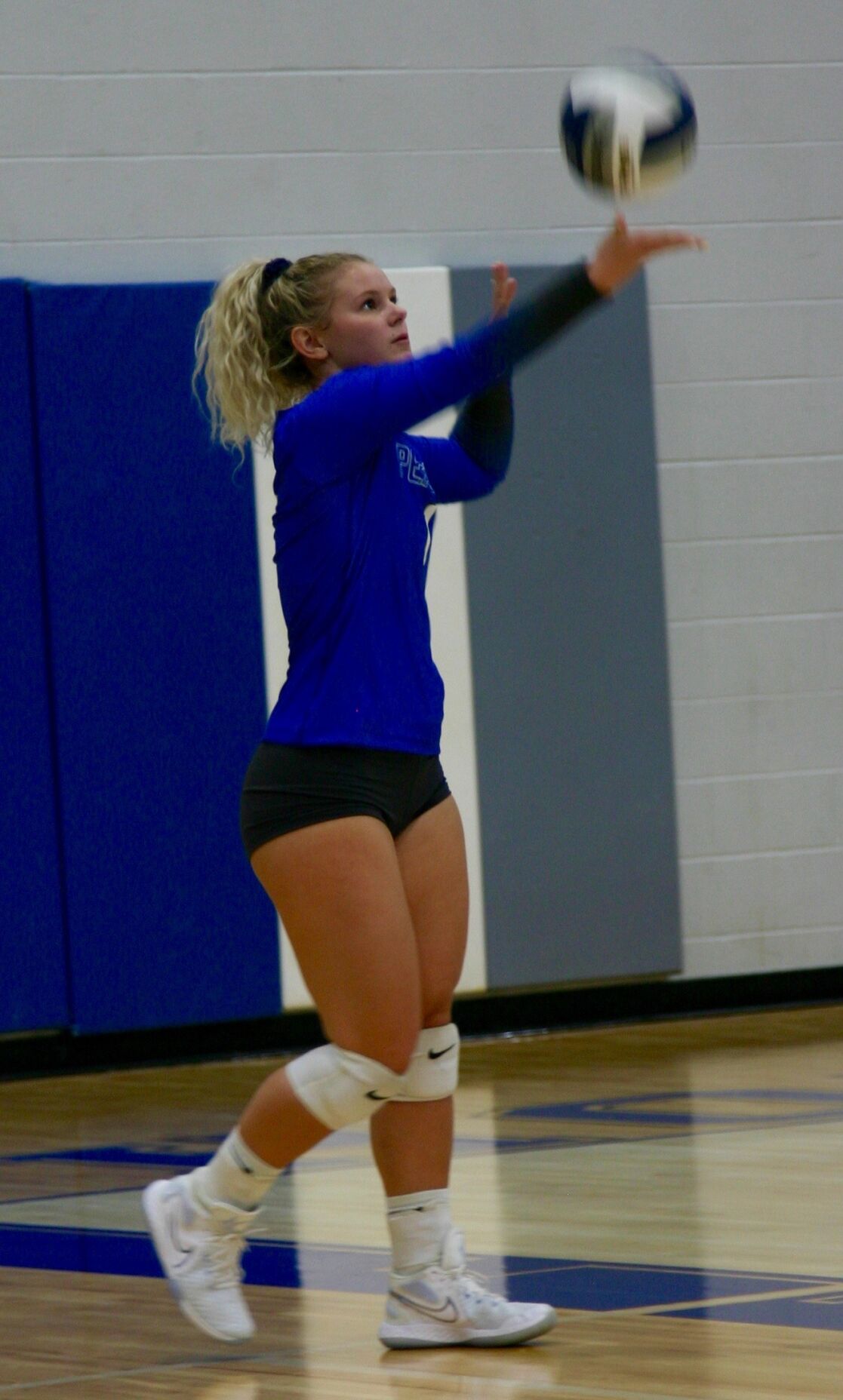 Sadie Ballard is among the Peaster volleyballers having big seasons and enjoying a 15-3 record so far.

Weatherford Head Coach Nicholas Gay said his team played well and “improved on some things that we worked on in practice.”

Roos senior Abbie Lane led in kill shots with 14, and fellow senior Logan “Shazam!” Loran added 29 assists. Keegan O’Connor, a junior, led the team in digs with 18 and surpassed 1,000 career digs during the game. O’Connor added three aces and an assist to her big night.

A big game is coming up with Trinity, who dealt the Lady Roos their only district loss last year.

“We are looking forward to playing at Trinity,” Gay said. “They always have a great home crowd and play so tough at home.”

Mineral Wells is back

This week’s contest against Graham might be harder still. For perspective, Hirschi is ranked 962nd in the state. Graham is ranked 16th.

Now, they face a team that has lost its last two games and started 0-2 in district and is eager to reclaim its winning formula. The Ladycats, however, don’t roll over and purr for anyone. They scratch and claw their way to wins and are currently ranked 24th in the state.

The Lady Pines followed that tough loss against highly ranked Krum a week ago by winning a hard-fought battle against Argyle over the weekend, taking three of four sets: 19-25, 25-16, 25-22 and 25-23.

Leading the Pines in kills with 19 was Railey Druxman, who added 13 assists, 14 digs, two aces and a block to her impressive stat sheet. (Druxman is the team leader in three categories for the season: kills, aces and receptions.) Rayleigh “Miss Assist” led in assists with 18, and the team notched a combined 41 against Argyle. Farris and Brinklee Dauenhauer tied for the lead in aces with three each.

Senior libero Alyssa Bonaventure played an exceptional game on the back row, and the team as a whole excelled defensively, said Poolville Head Coach Kendal Bracy.

“Every player showed up and played their role for the team at the level we needed them to,” she said. “We definitely were ready to play and ready to fight for what we wanted.  It was a fun night and an important district win for us.”

Bentley Bryan was “solid and smart as always,” leading the team in kills and blocks, Bracy said.

The Monarchs are trying to win their fifth district championship in a row under Bracy.

The Peaster Greyhounds made a statement on Friday while facing the high-flying Brock Eagles. The Lady Eagles had been on fire, winning four straight games by sweeps. They cruised into their home gym on Friday to test themselves against a worthy foe — Peaster — who had been busy sweeping its own opponents in recent weeks. The Battle of the Sweepers met to determine who wielded the biggest broom, and Brock won the first two sets with little trouble. They were one set away from being Queen Sweep but crashed to Earth soon afterward and lost the next three sets. Final tally: 25-20, 25-17, 21-25, 22-25 and 12-15.

The Lady Greyhounds overcame a disappointing loss to Hawley a week ago to win in straight sets against Rising Star on Friday. It was the second time this season that Strawn had swept the Wildcats.

Perrin-Whitt looking for a win

The Lady Pirates have scavenged few wins this season and are currently bogged down in an eight-game losing streak. They will have a bye on Tuesday to figure out their shortcomings. Breaking their losing streak won’t be easy. Coming off their bye, they face the mighty Monarchs of Poolville, a team that rarely walks away empty handed. (The Monarchs swept the Lady Pirates in straight sets when they met earlier in the season.)