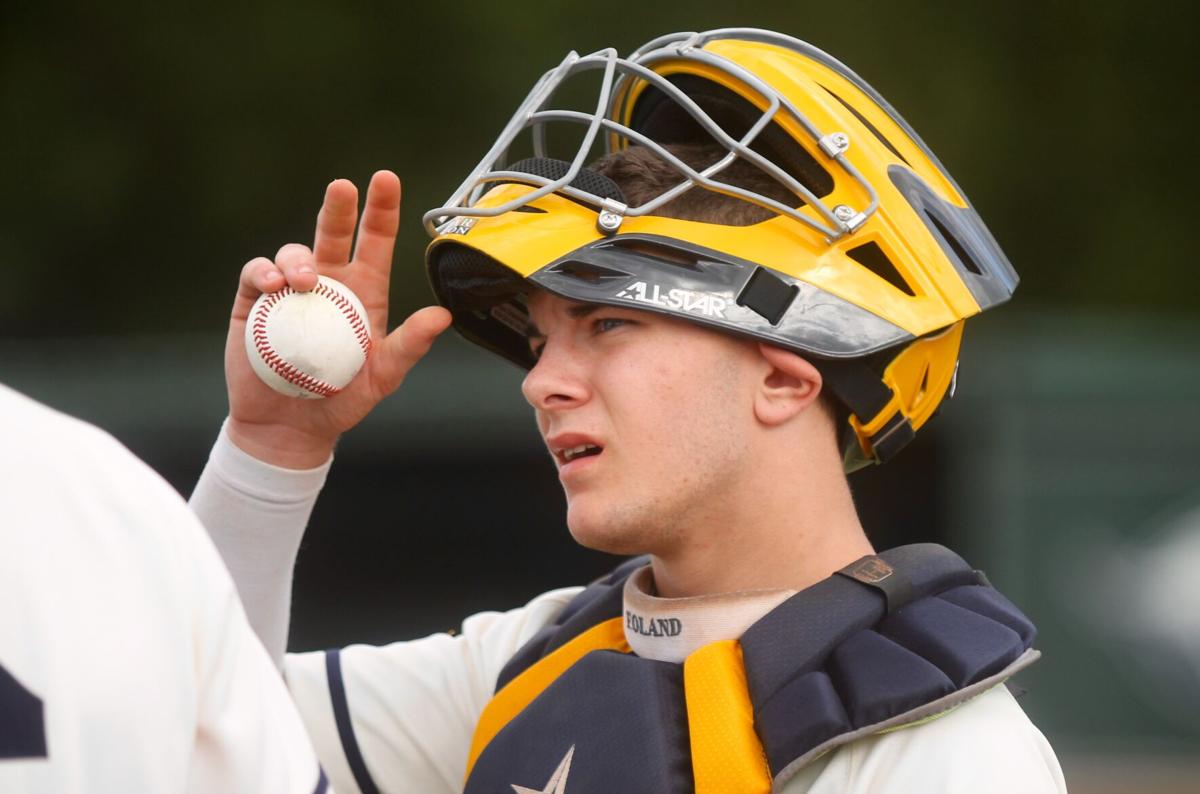 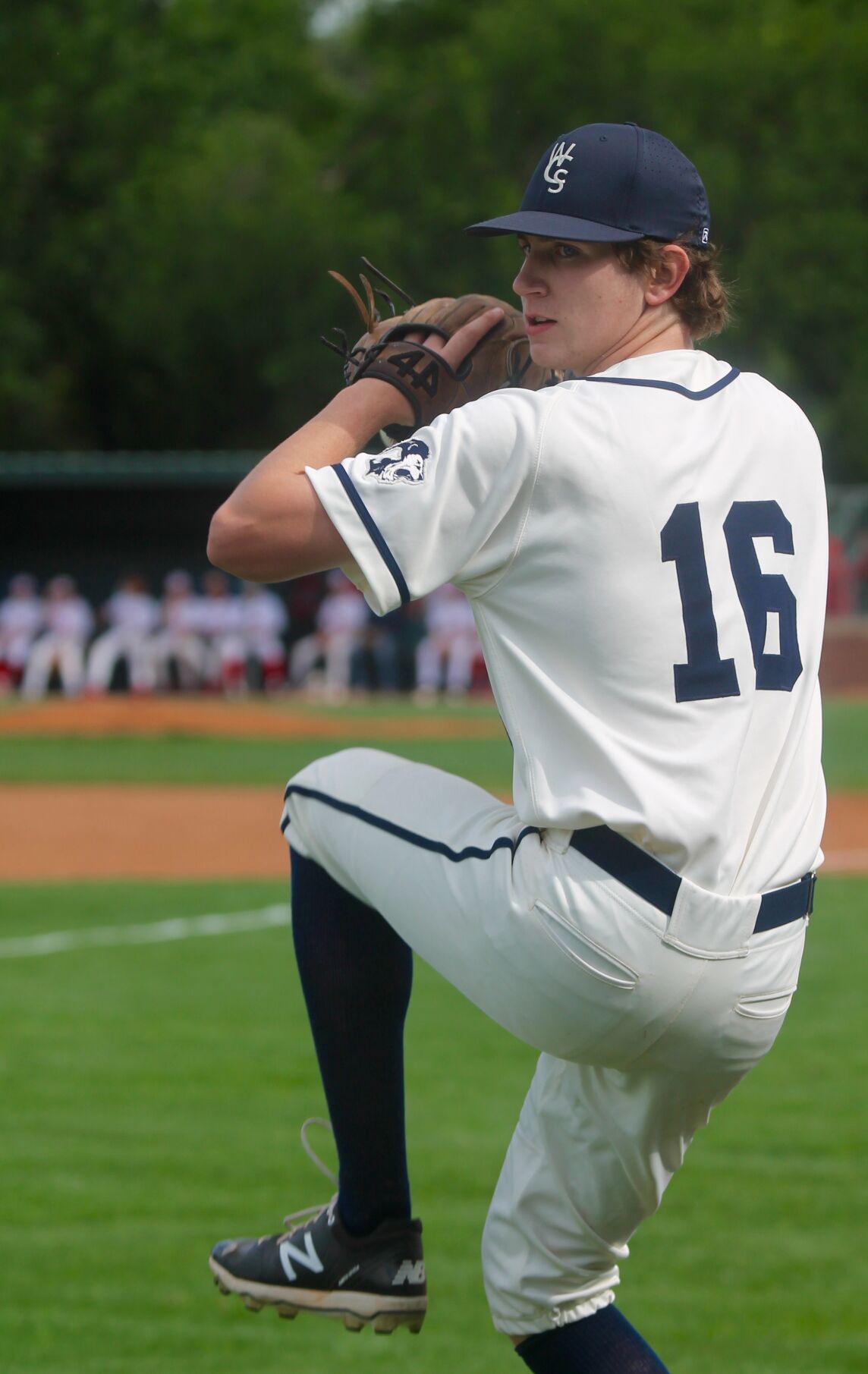 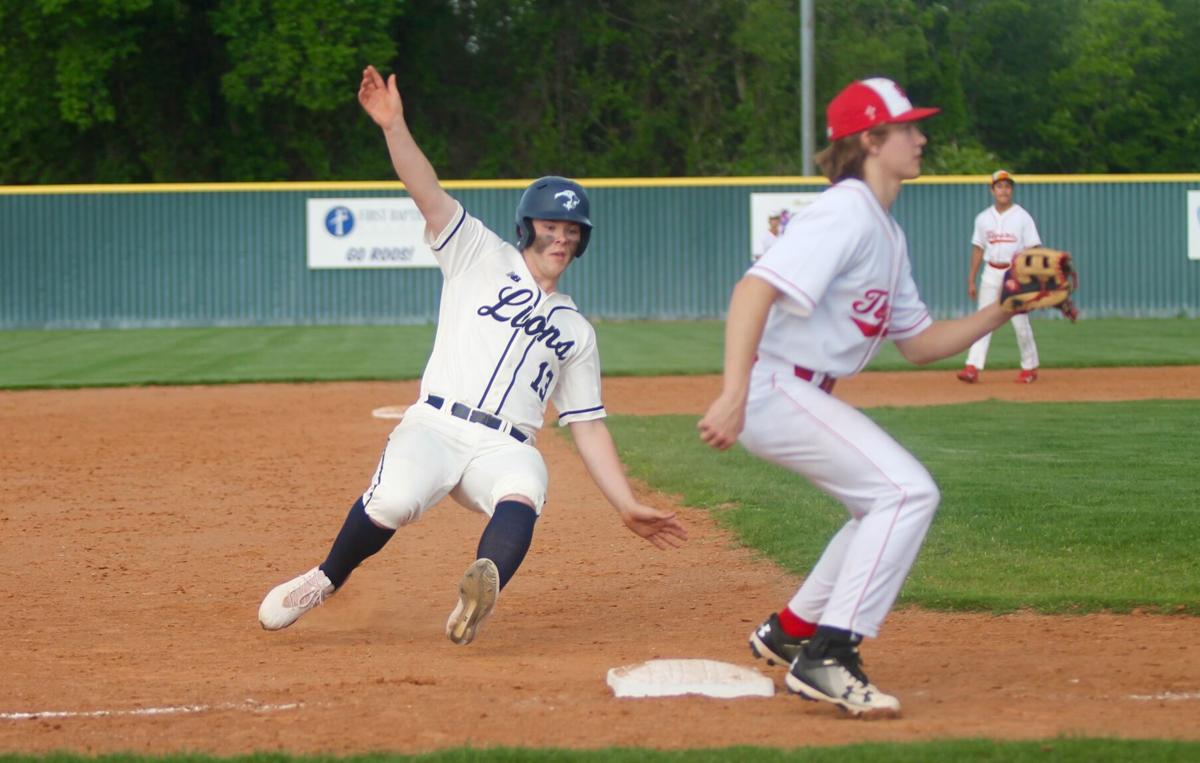 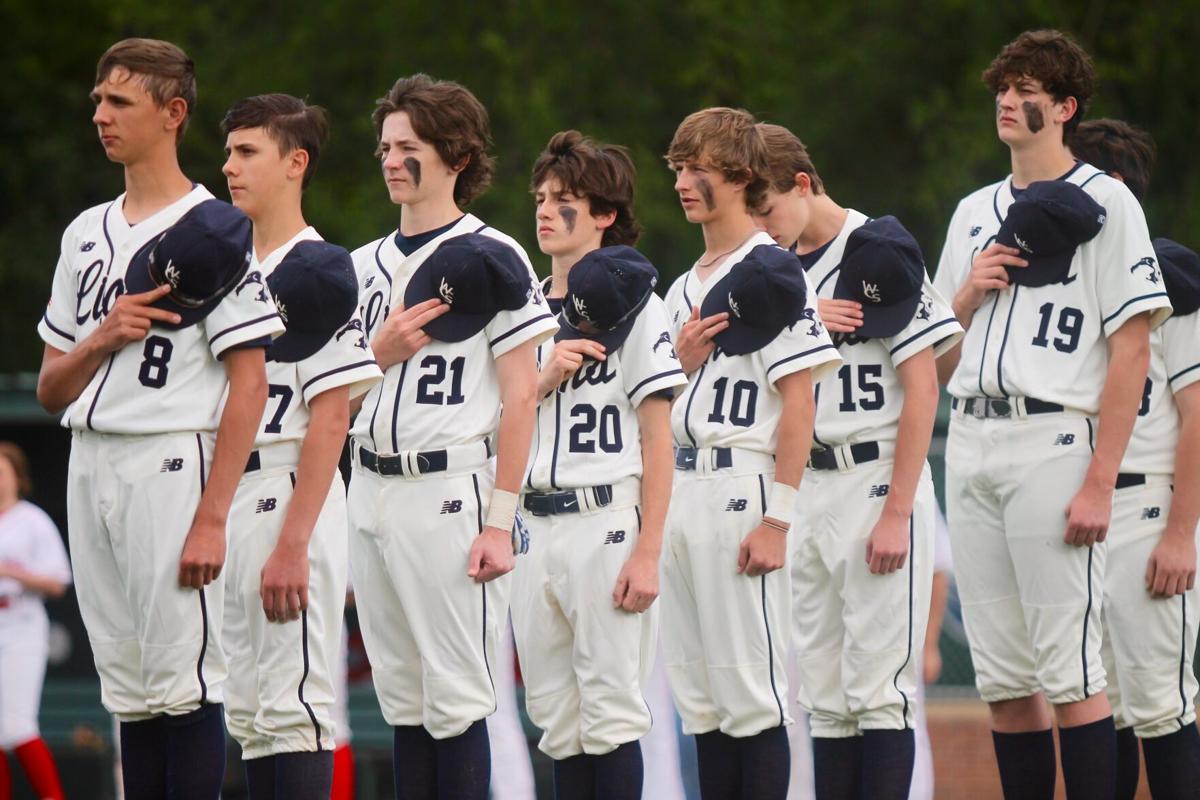 Hats off for the national anthem and prayer. 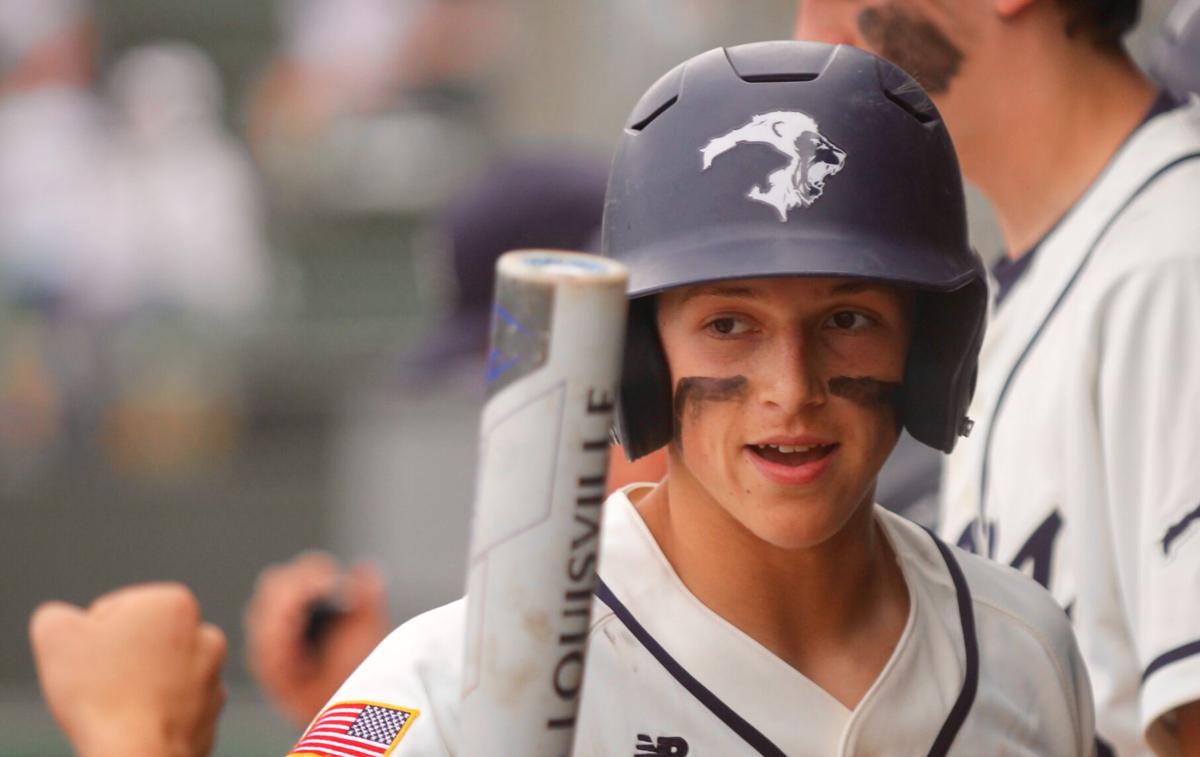 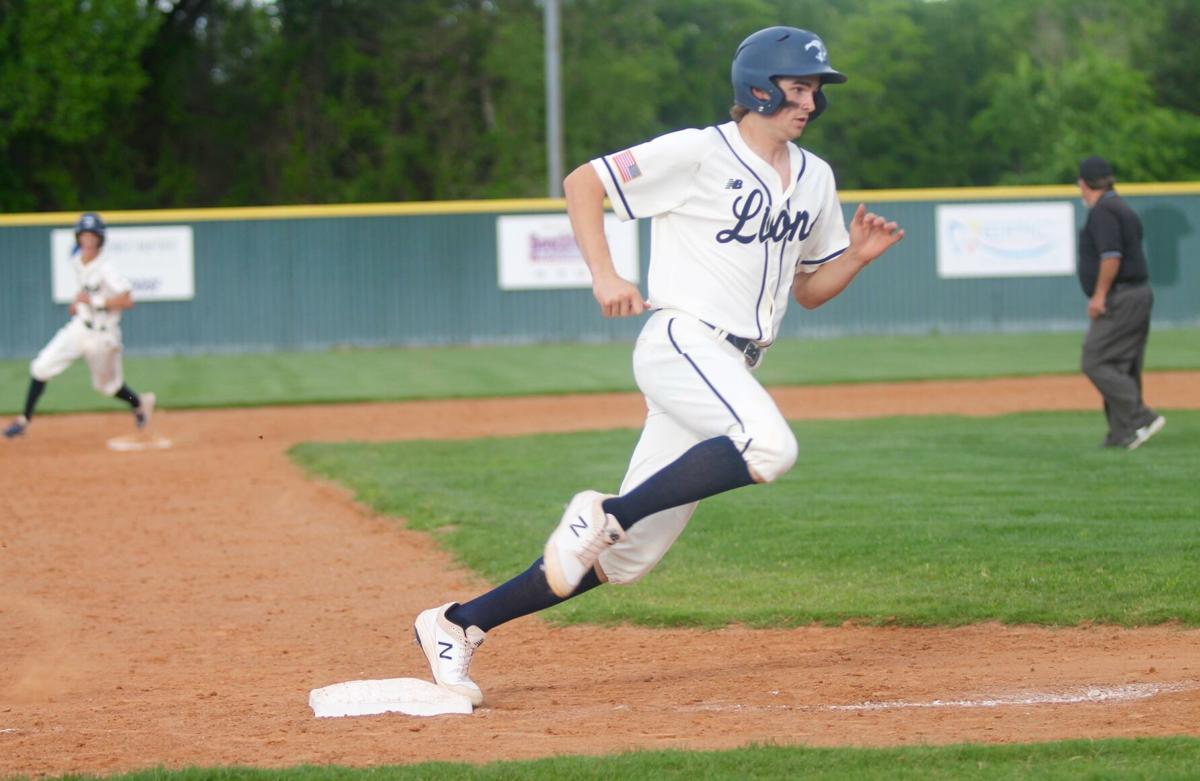 Aaron Greenfield rounds third while a teammate rounds second behind him. 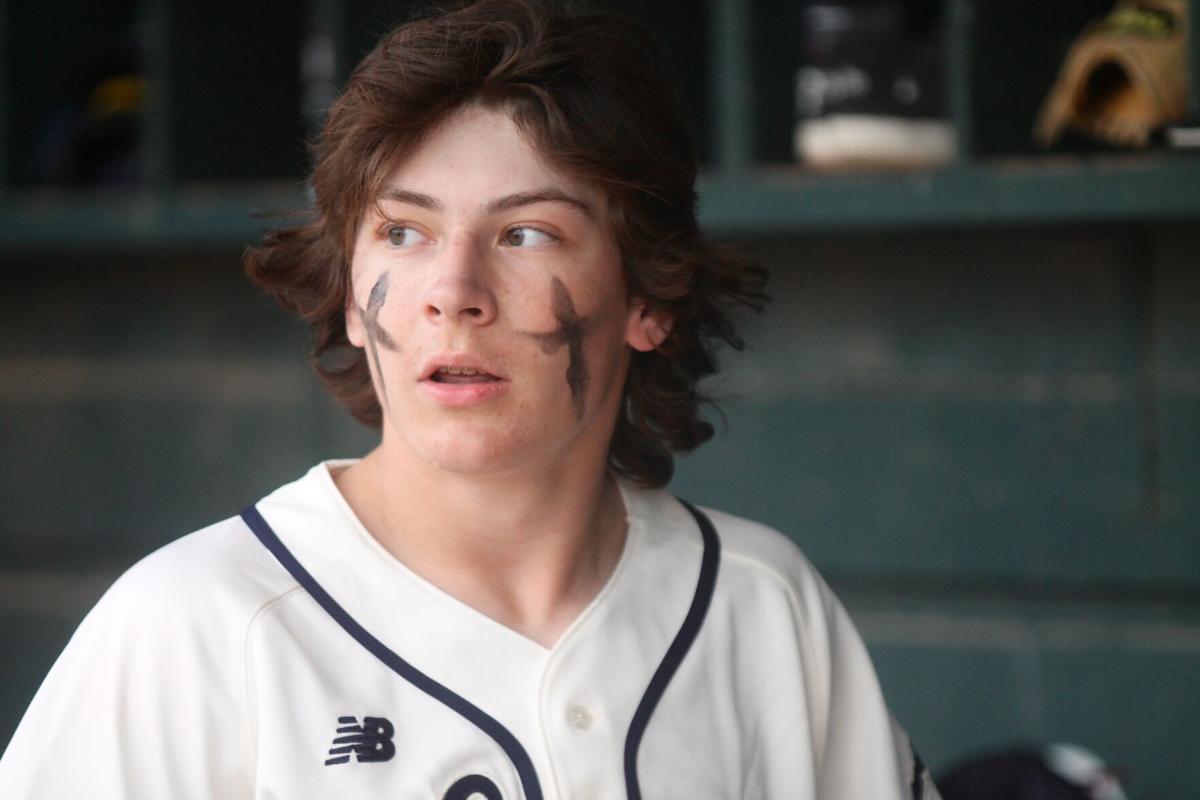 Pitcher Rand Green took over for Ethan Smith in the third inning. 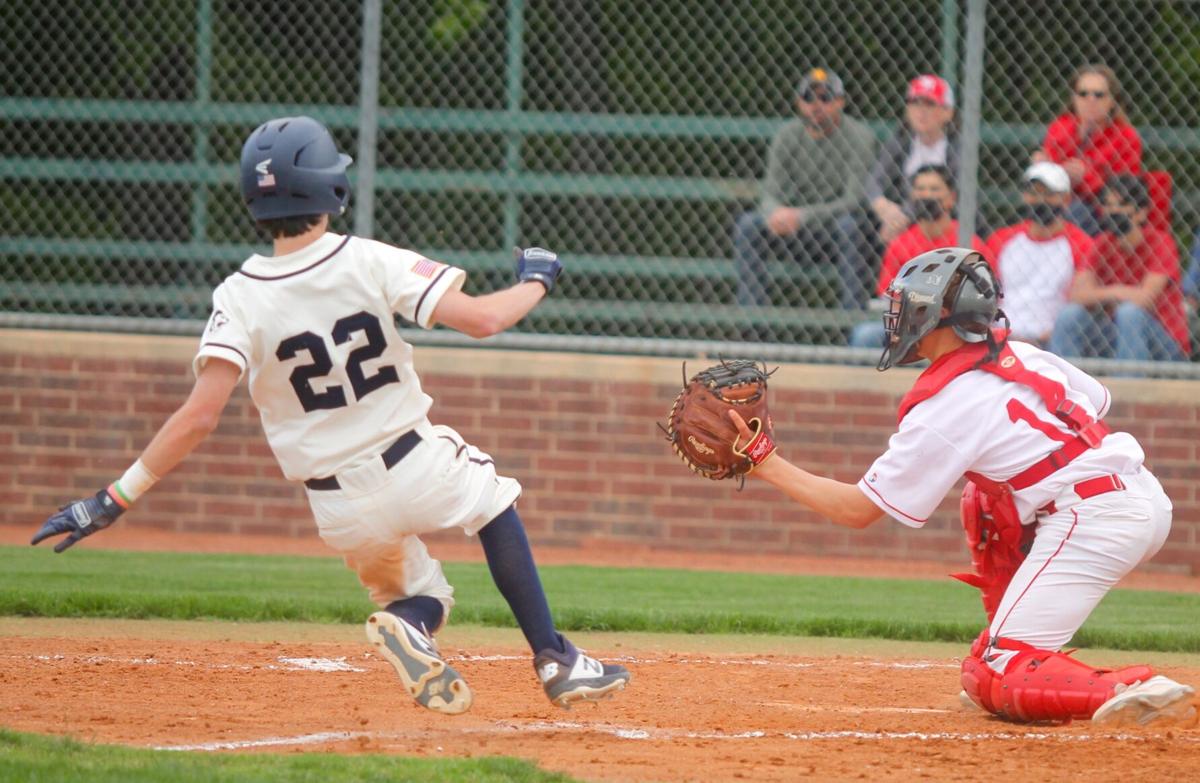 Jon Paulsen slides into home plate for a score. 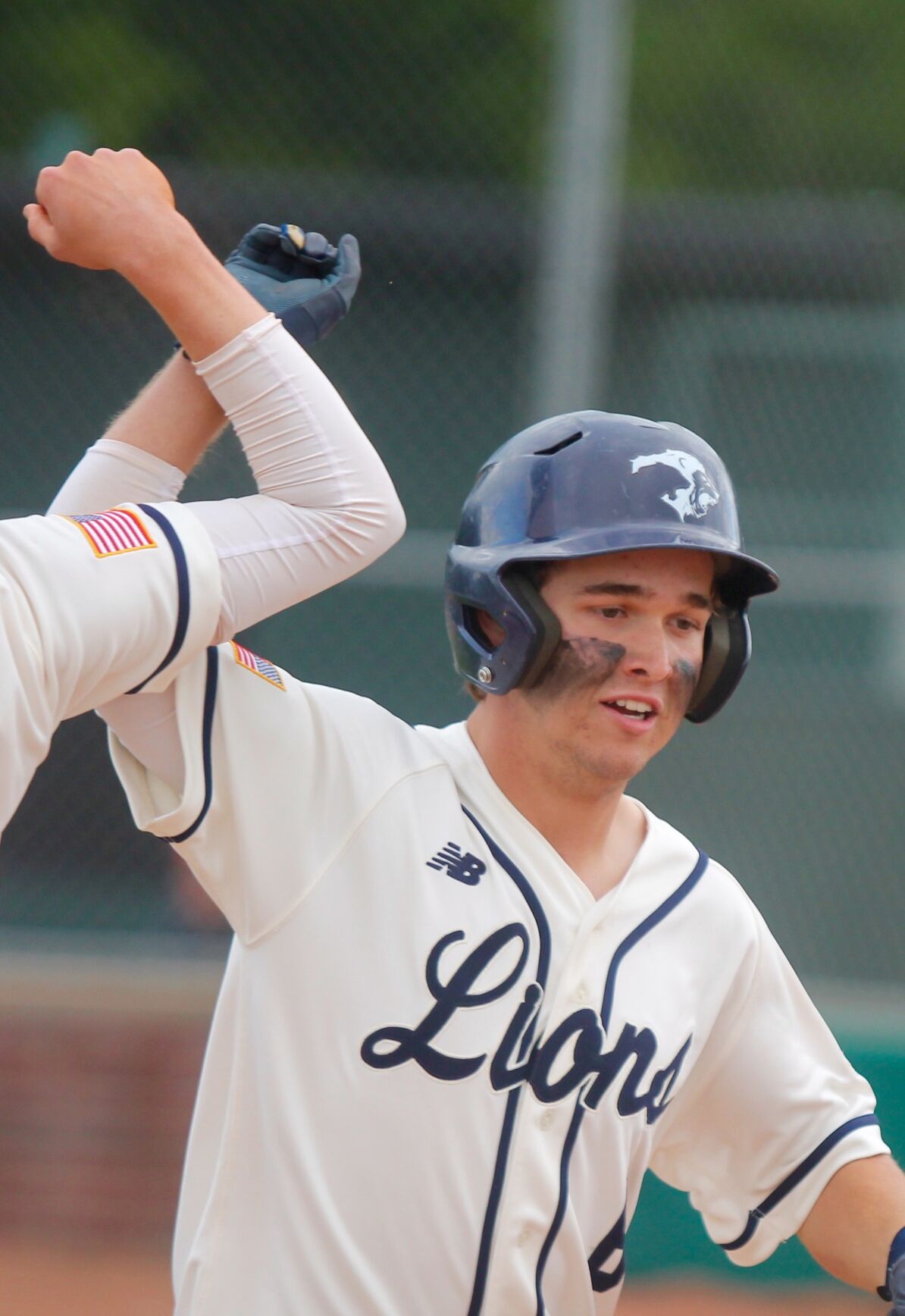 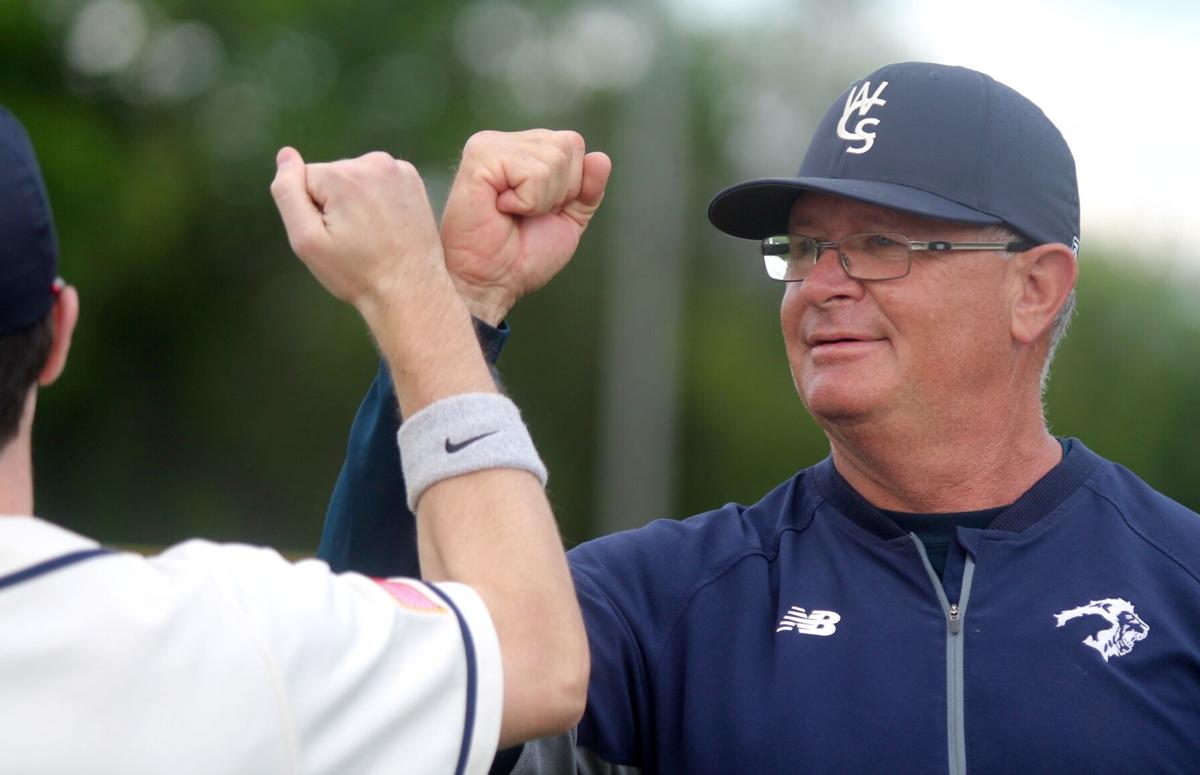 Head Coach Clegg Smith is trying to guide the Lions to another state title. 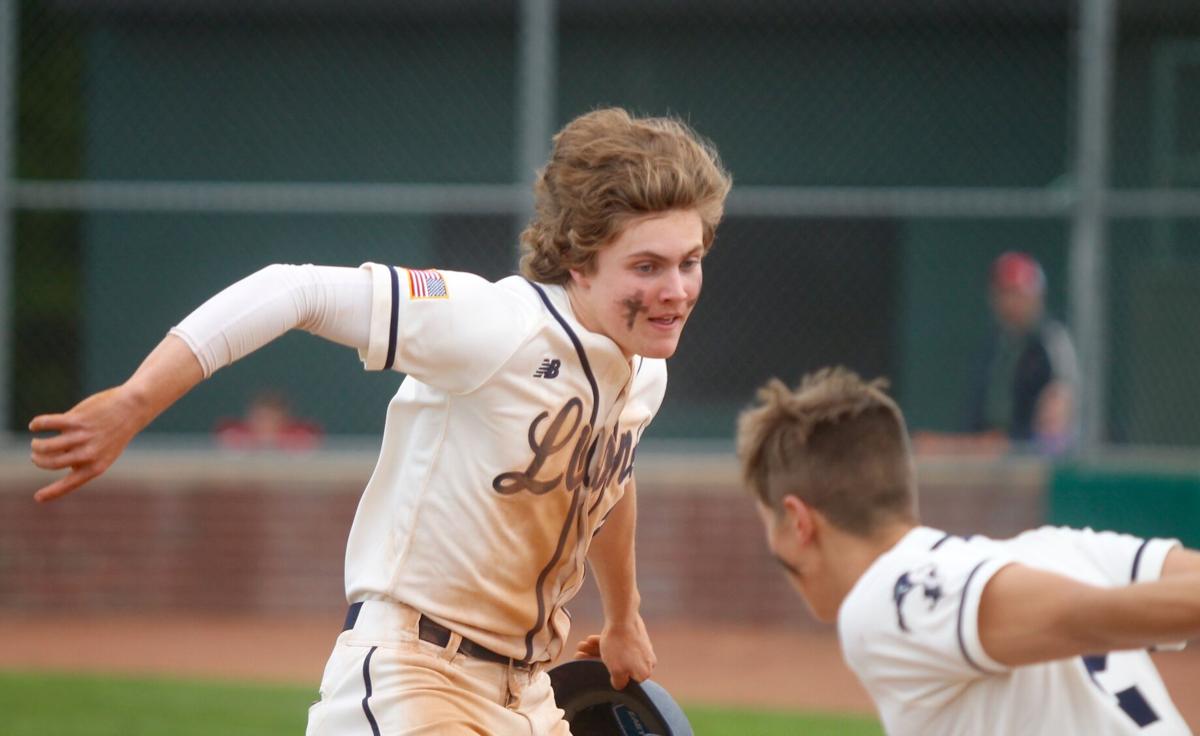 Ethan Suss prepares to launch into a chest bump with Bryson Smith after scoring a run. 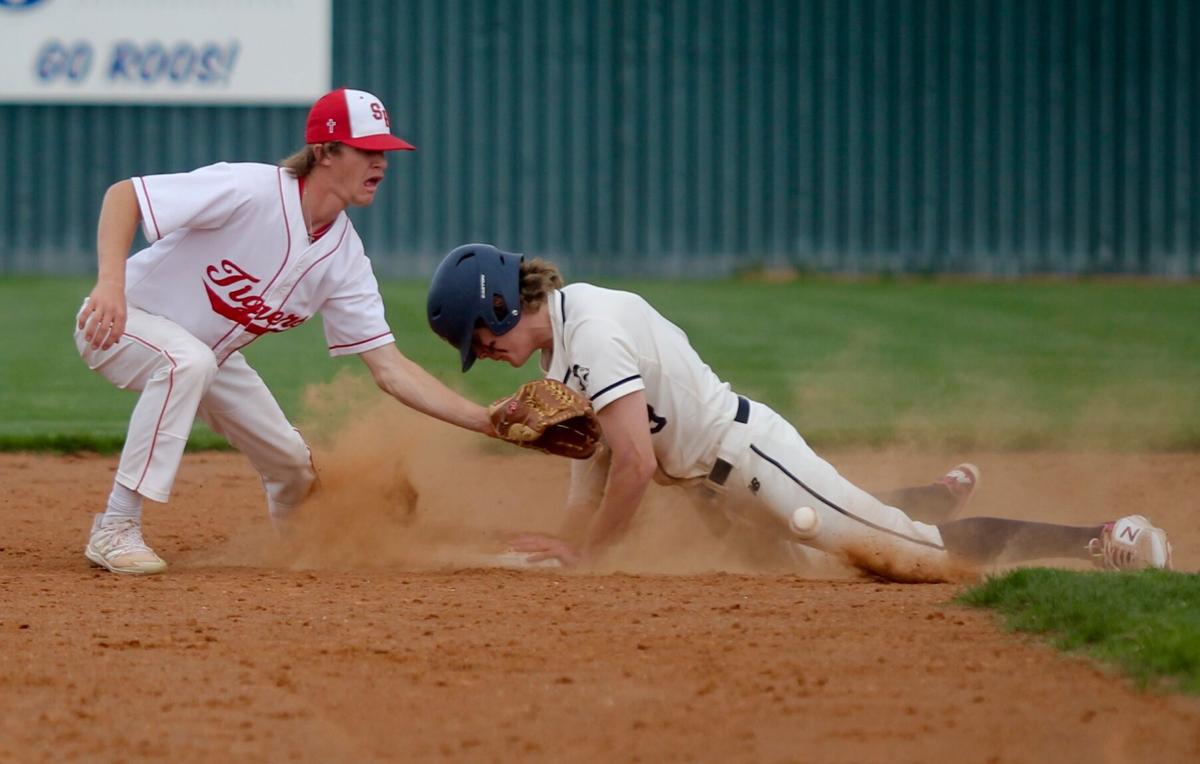 Ethan Suss is safe at second. 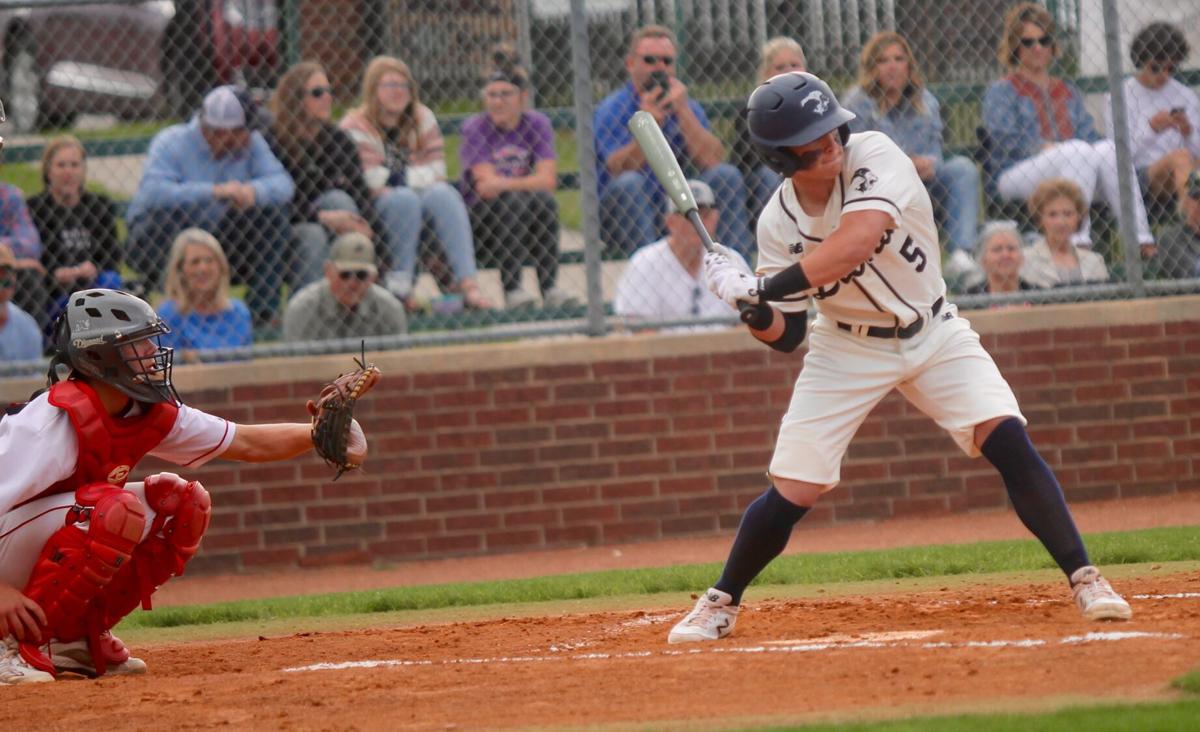 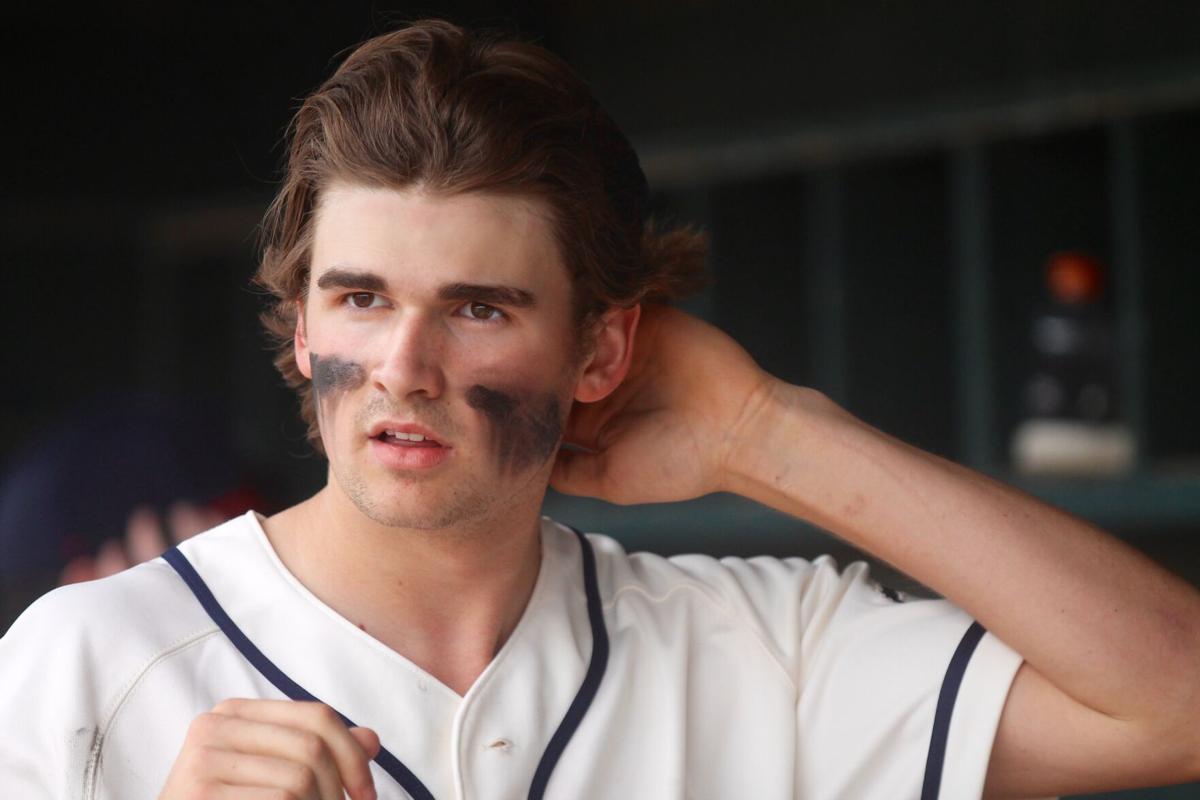 Aaron Greenfield returns to the dugout after scoring a run late in the game. 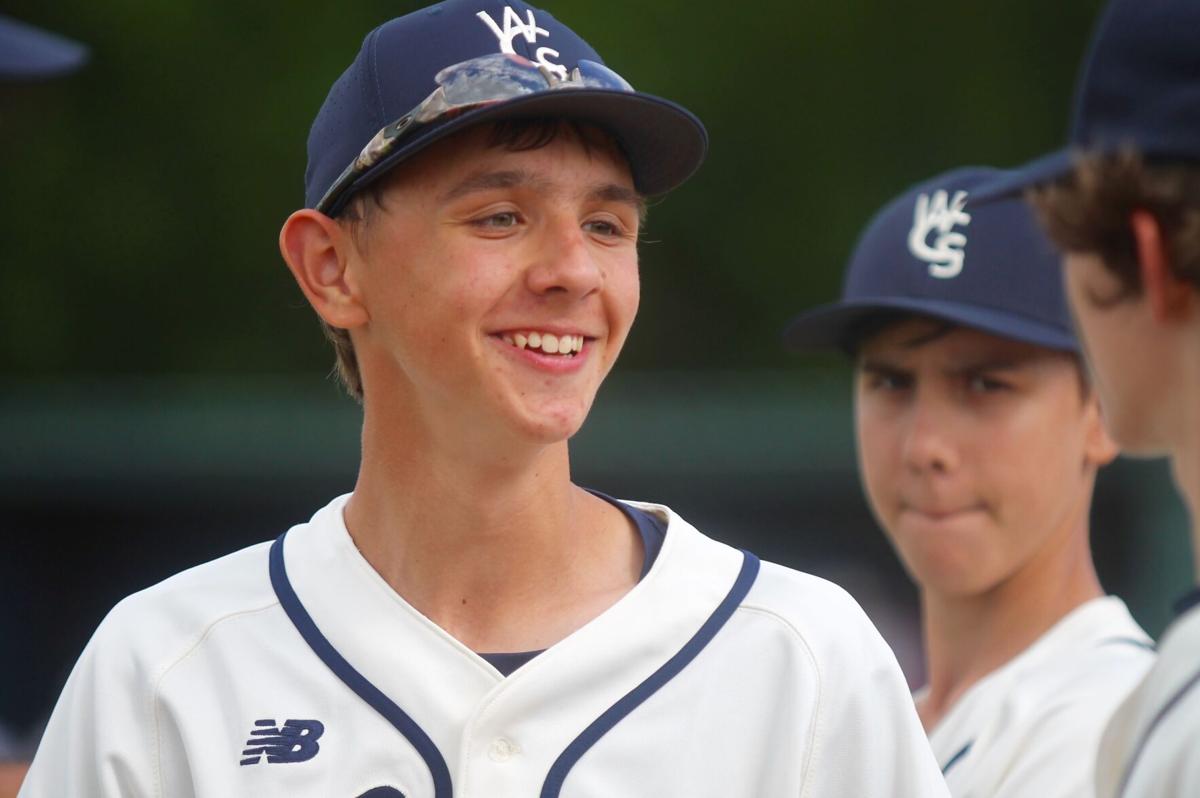 Jacob Besancon and the Weatherford Christian Lions are vying for another state title. 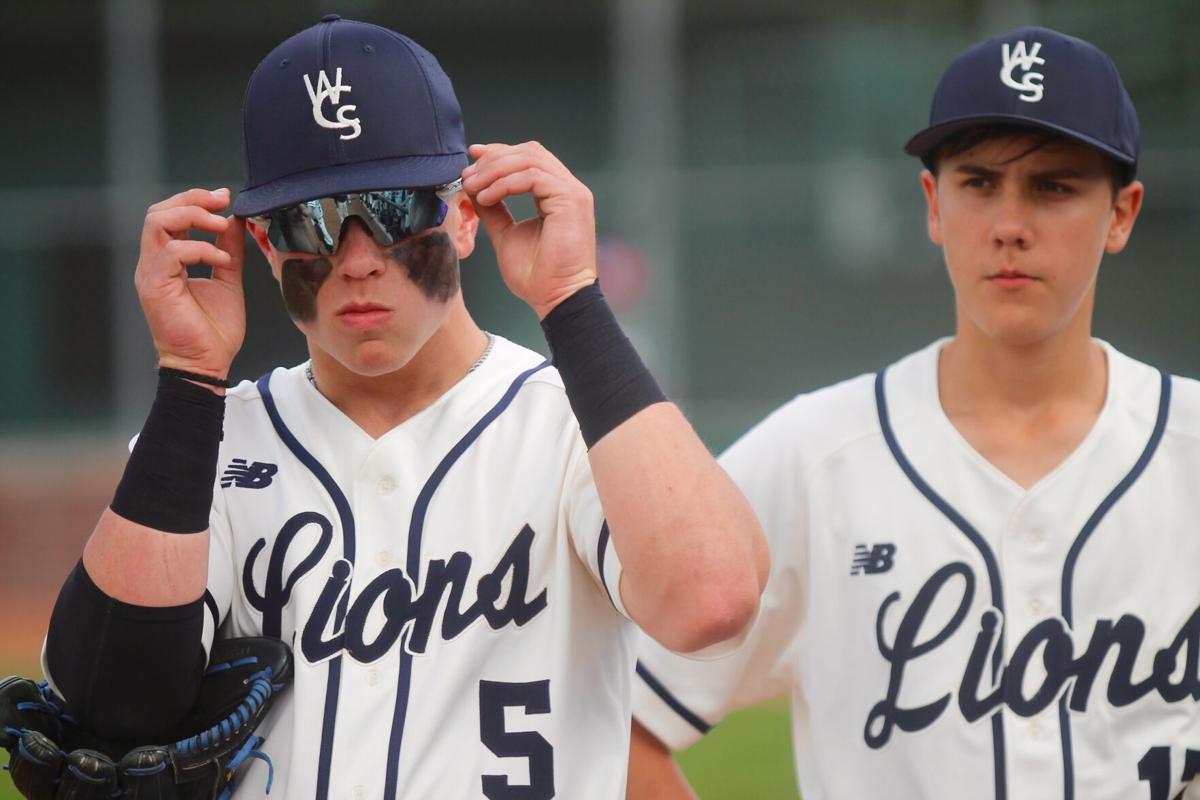 Blake Heid and Jason Besancon are sailing through the playoffs so far. 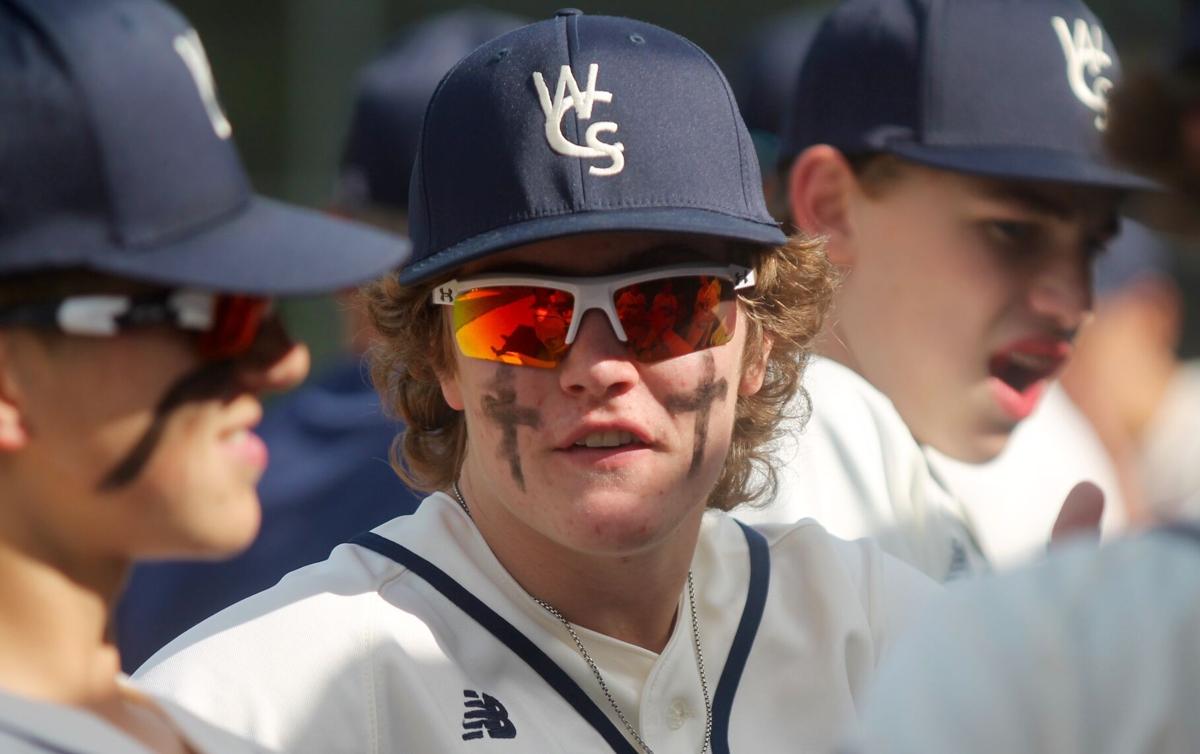 The future is bright for Ethan Suss and the Lions. 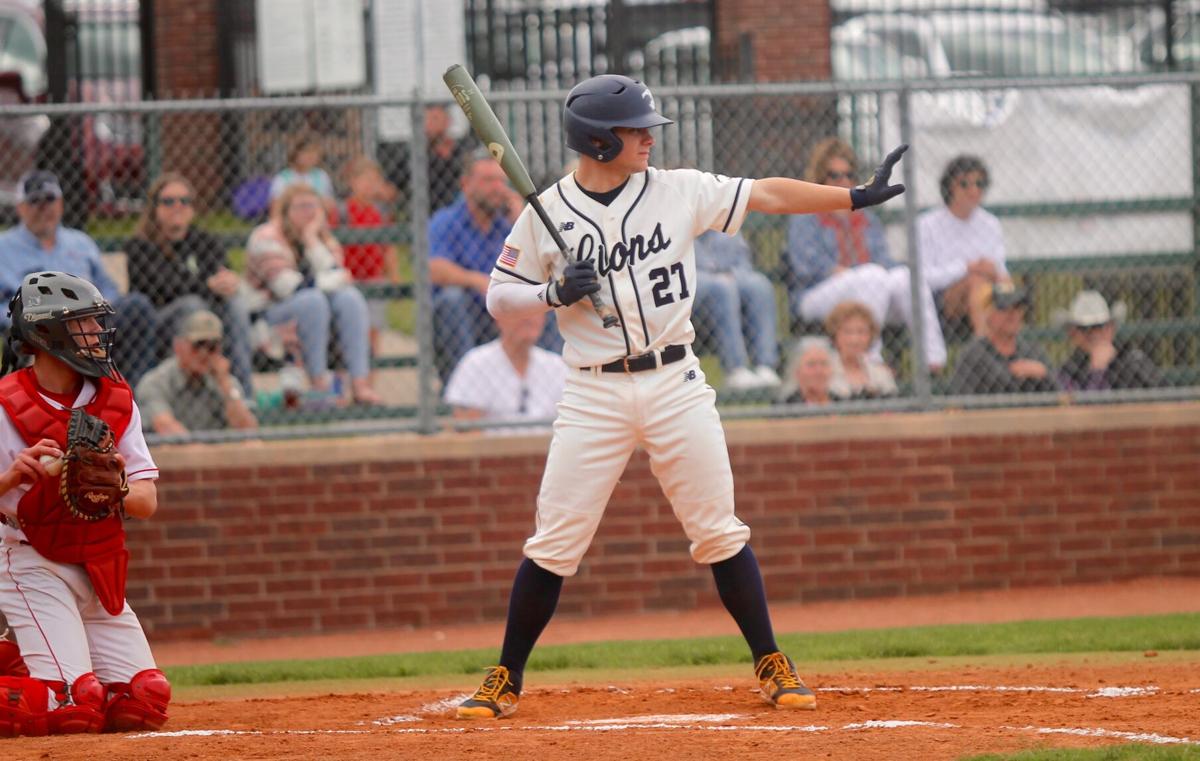 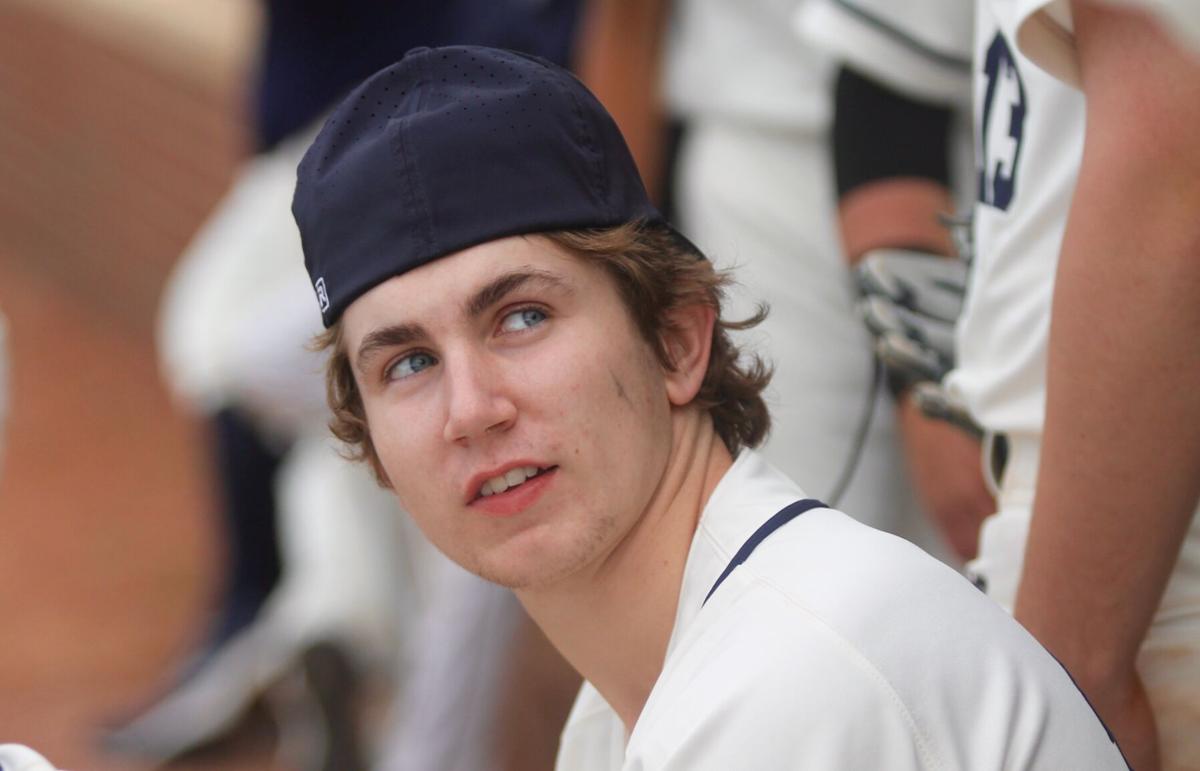 Ethan Smith relaxed in the dugout after pitching a solid two innings to start the game. 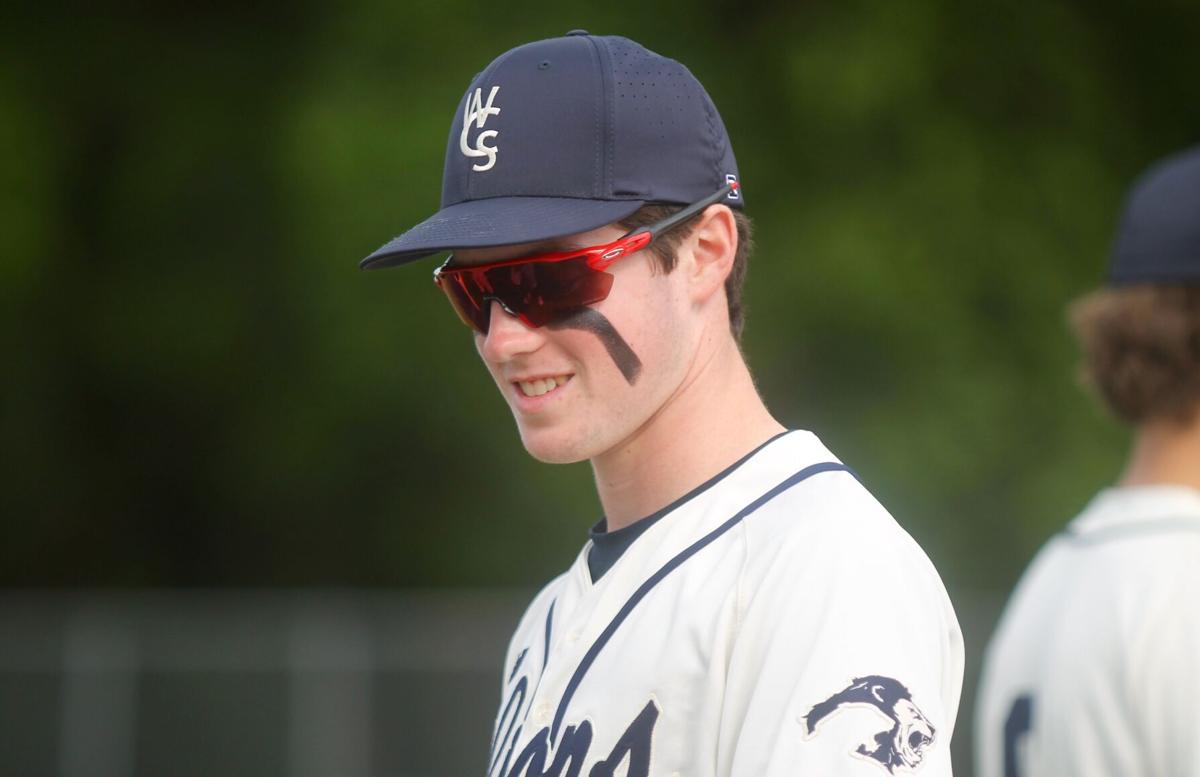 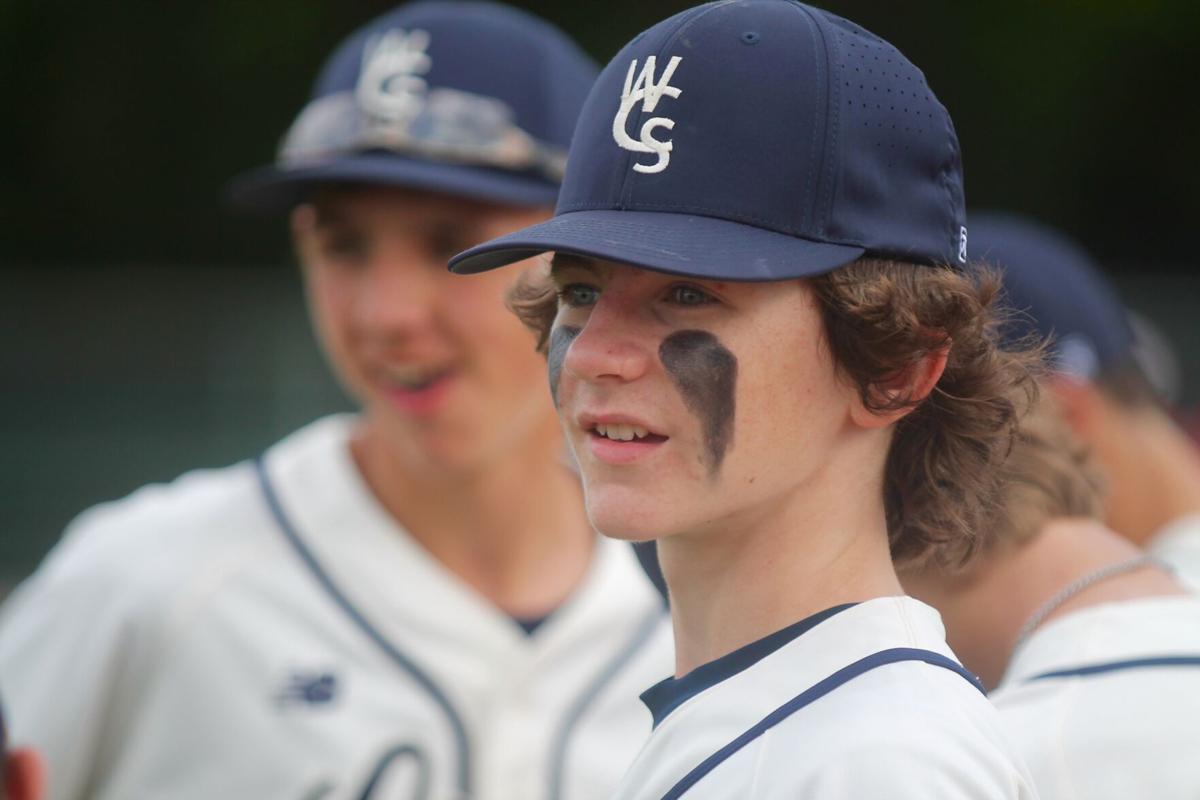 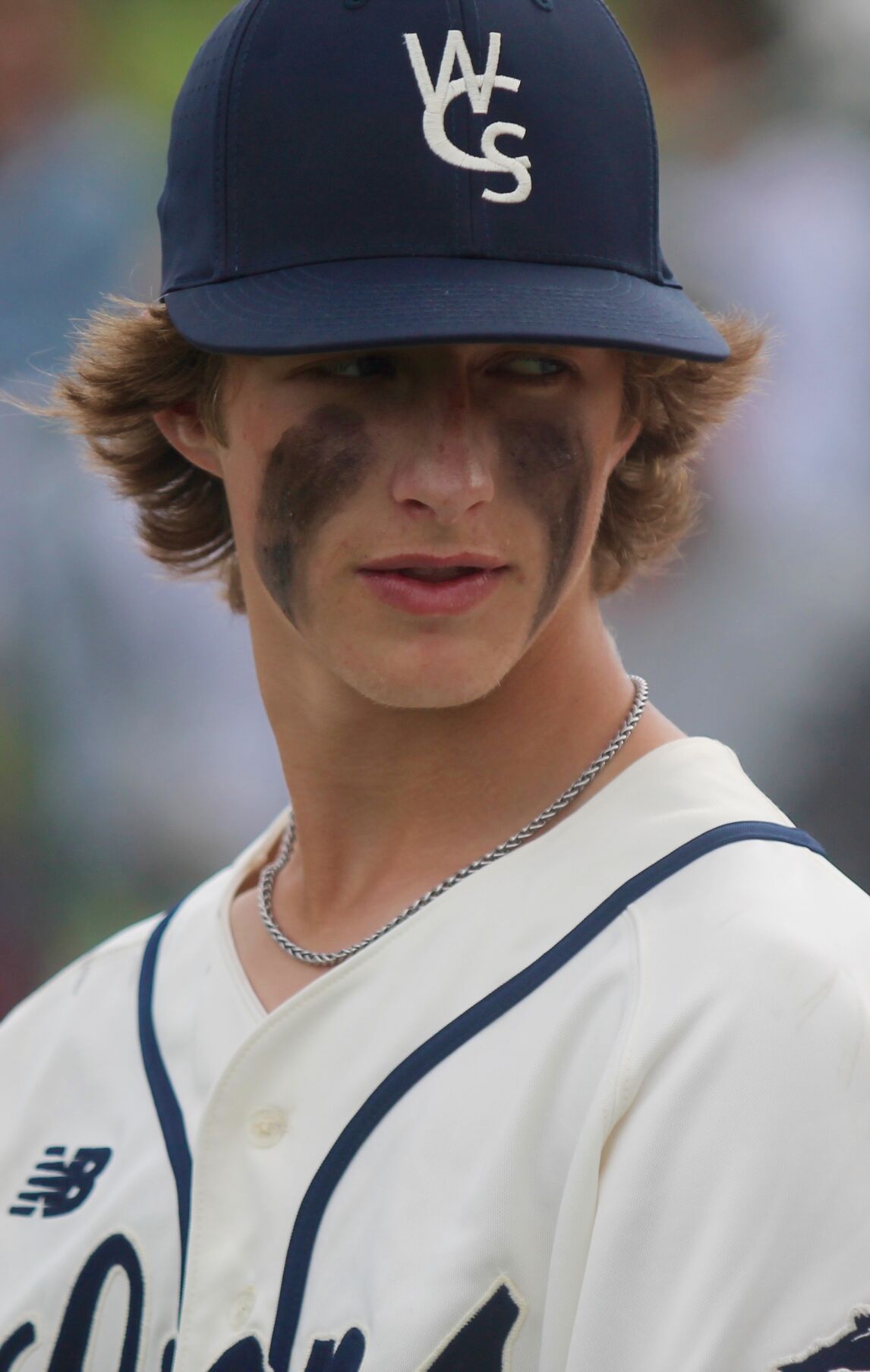 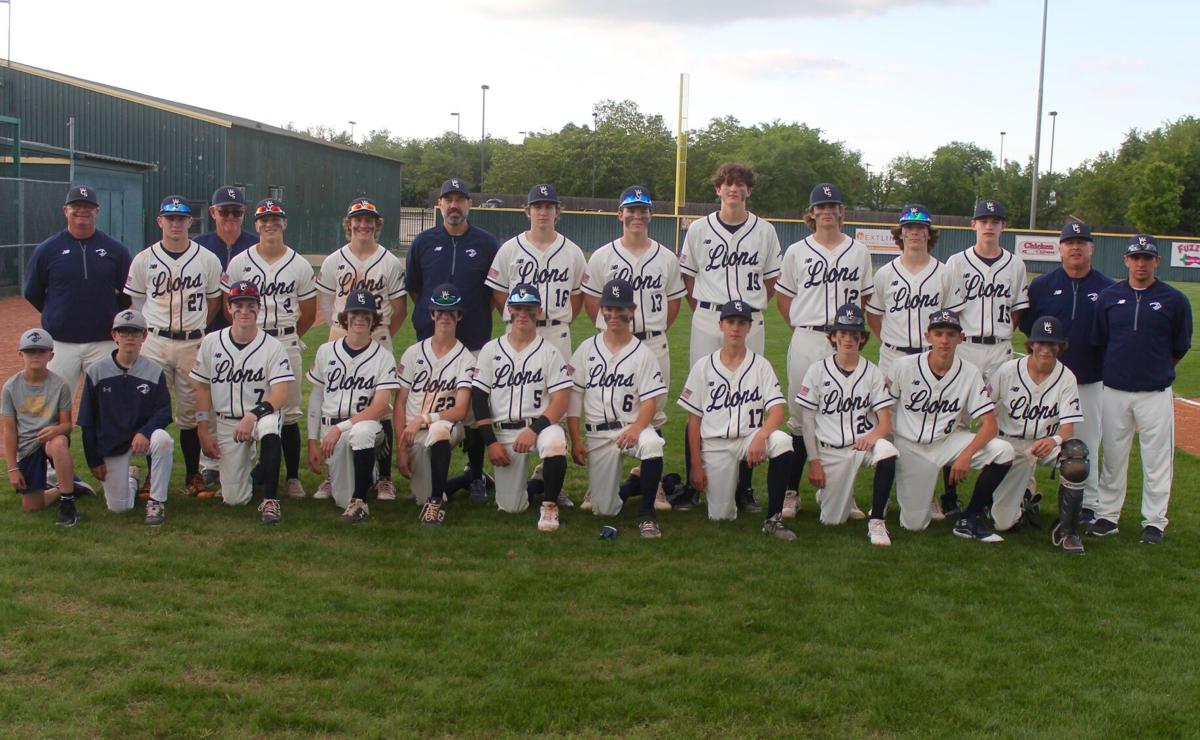 The Lions have won district, bi-district and area championships so far.

Starting pitcher Ethan Smith wasn’t getting his curveball to break the way he wanted while warming up for Tuesday’s area championship game against the Sacred Heart Tigers at Curtis Field in Weatherford.

Still, the whoosh of the wind and the smack of the catcher’s mitt every time he reared back and let one loose left no doubt that Smith was putting heat on the ball.

The Weatherford Christian Lions are the TAPPS defending state champions from 2019 and still have that championship team in place since nearly all the players were freshmen back then. The 2020 season was lost to COVID, so that means the Lions are defending champs until proven otherwise.

Sacred Heart, sitting in the visitor’s dugout and watching the Lions warm up, looked more like the Rapidly Beating Hearts. They'd have their hands full with this talented squad.

“If you’ve got jewelry on, take it off,” an assistant coach told the Lions in the dugout.

The Lions wore white jerseys with dark blue trim, hats and knee socks. They had come to play, looking laser focused on winning another state title.

“C’mon, boys! Let’s go get ’em!” a coach yelled after the final amen, and the game commenced on a pleasant, breezy afternoon at a near perfect 70 degrees.

Sacred Heart’s pitcher and catcher learned something the Lions had figured out long before since they were playing on their home field. The distance between home plate and the backstop is immense. If a catcher lets a ball go by him, it takes a while to chase it down. Sacred Heart’s pitcher was wild, and the catcher struggled to stop the errant throws. Lions base runners were stealing quicker than a kleptomaniac at Kmart.

In the first inning, “Smitty” Bryson Smith stole home from second base after Sacred Heart’s pitcher failed to cover home plate while the catcher was busy chasing down a passed ball.

The first inning ended with the Lions up 3-0.

Ethan Smith’s fastball stymied the Tigers’ batters. Some swung their bats a full second after the ball had zipped past and smacked into catcher Jaxon Foland’s mitt. On the flip side, the Lions figured out the other team’s pitcher after one trip through the order and began smacking the ball.

The score was 10-0 after the second inning.

The Lions roster is thick with powerful pitchers, and one of the best, Rand Green, took over in the third inning to continue the beatdown. The game ended on the run-rule after five innings.

“Good job!” Head Coach Clegg Smith told his players after the game. “We came out here and took care of business.”

Smith is guiding a team made up of mostly juniors who won the state title as freshmen. They started Tuesday’s game slowly — they’d gone almost two weeks without a game after finishing first in district and earning a bi-district bye.

“We were rusty today at the plate,” Smith said. “We didn’t strike the ball real well, but we ran the bases well and pitched really well, so that’s a good recipe.”

A difference maker in the game was Foland, the Lions catcher who was relentless in preventing pitches from skirting past his mitt.

“I’m a defensive guy,” Smith said. “I tell our guys all the time I want us to pitch and play defense. Jaxon Foland behind the plate does an outstanding job of handling our pitching staff. We play on this field that is way deep to the backstop. Our guy keeps balls in front. He is a backstop of a catcher and keeps us in a lot of ball games with his defense.”

The Lions are three wins shy of another state title.

Next up, the Lions take on Bethesda, a team they defeated twice in the regular season. Game details are being determined.