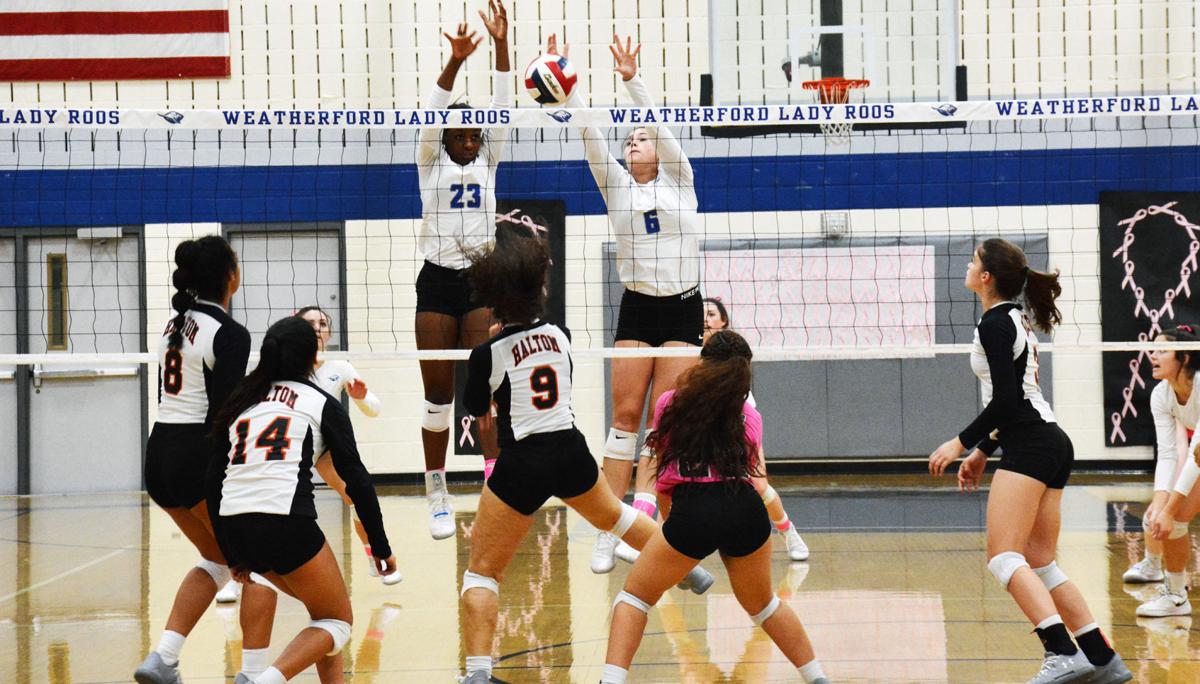 The Weatherford Lady Roos maintained their undefeated status in District 3-6A Tuesday night on the road, defeating the Richland Lady Rebels, 3-2. 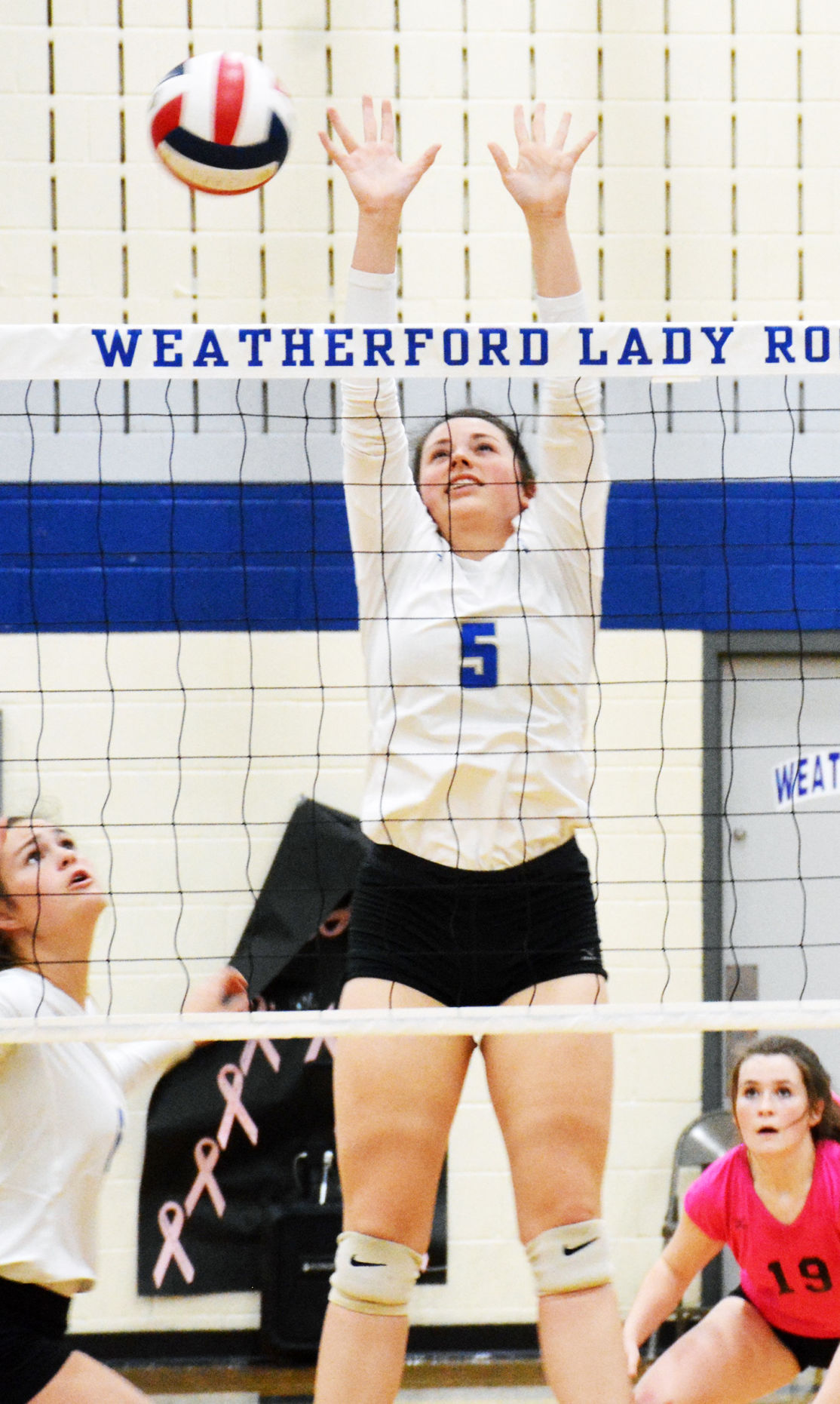 The Weatherford Lady Roos maintained their undefeated status in District 3-6A Tuesday night on the road, defeating the Richland Lady Rebels, 3-2.

Despite having already clinched a playoff spot as well as dealing with a number of injuries, the Lady Roos’ intensity and focus on the court remained exceptional Tuesday, Head Coach Nicholas Gay said.

“I was proud of the girls,” Gay said.

“We had some lineup issues due to injuries, and a bunch of different girls stepped up and a lot of our starters really took on bigger roles for the match. We just kept plugging away at it until we found the matchups we needed and our girls really played some of their best volleyball when we needed it the most.”

Among Weatherford’s highlights from the match came a new single-season digs record (previously held by Weatherford High School graduate Jordan Burks with 722), set by sophomore defensive specialist Keegan O’Connor, who sits at 734 (with four more district games and postseason play still ahead to increase that number).

Gay said O’Connor has excelled in 2019, stressing the sophomore’s work ethic and positive demeanor as major reasons why.

“As a first-year varsity starter, she has really stepped in and solidified that role,” Gay said.

“She still has a lot of growth in the position, but she’s gotten better and better. She’s been really [receptive] to coaching. She just has a great motor and never-give-up attitude.

“I think that shows out on the court and really resonates with her teammates.”

With the end of district play nearing and postseason play quickly approaching, Gay said the Lady Roos are in a good place in terms of preparation, and simply need to stay mentally focused and continue working hard.

“Now it’s all about getting everyone healthy for the rest of district and getting ready for another playoff run, and that just comes down to doing the things we’ve done all year and really getting our minds ready.”

O’Connor paced the team in digs with 29, while junior setter Logan Loran led all Weatherford players in assists with 46.

The Lady Roos served up nine aces, led by Loran and O’Connor with three apiece.

Weatherford plays the Euless Trinity Lady Trojans in a District 3-6A match at 6 p.m. Friday on the road.