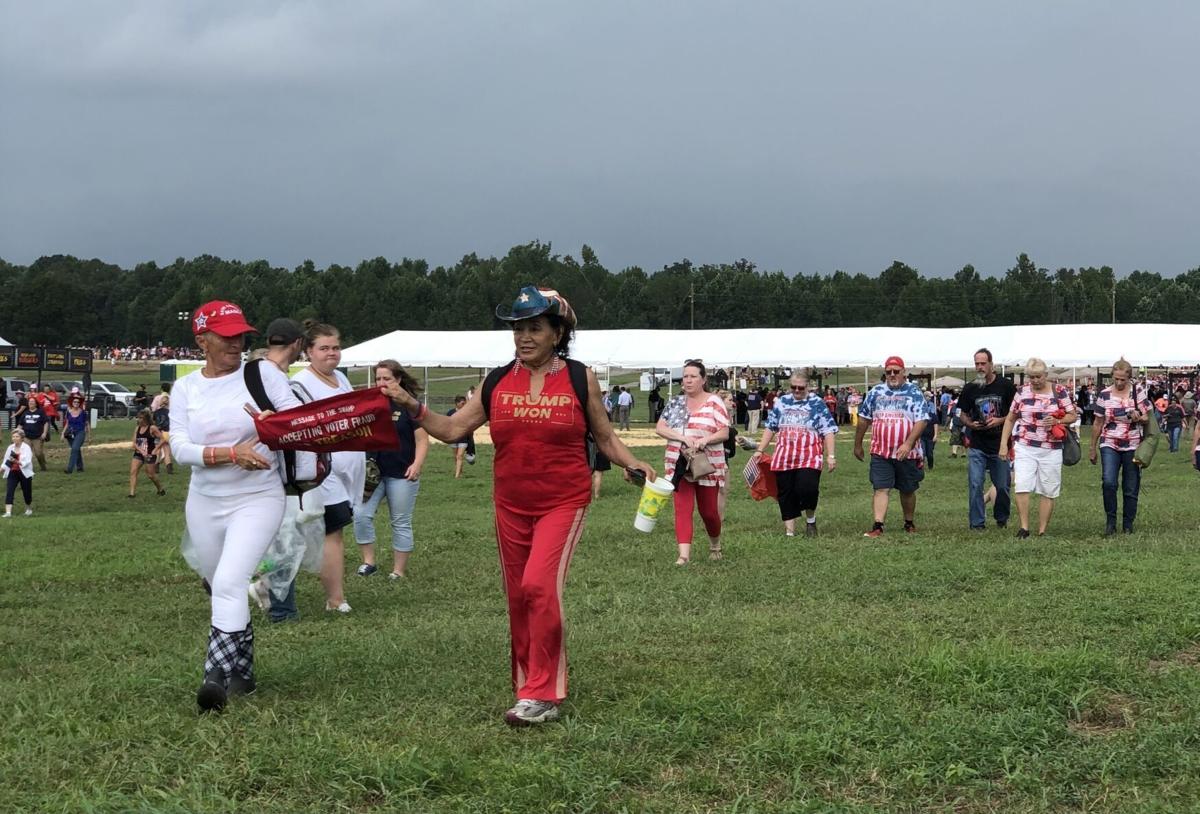 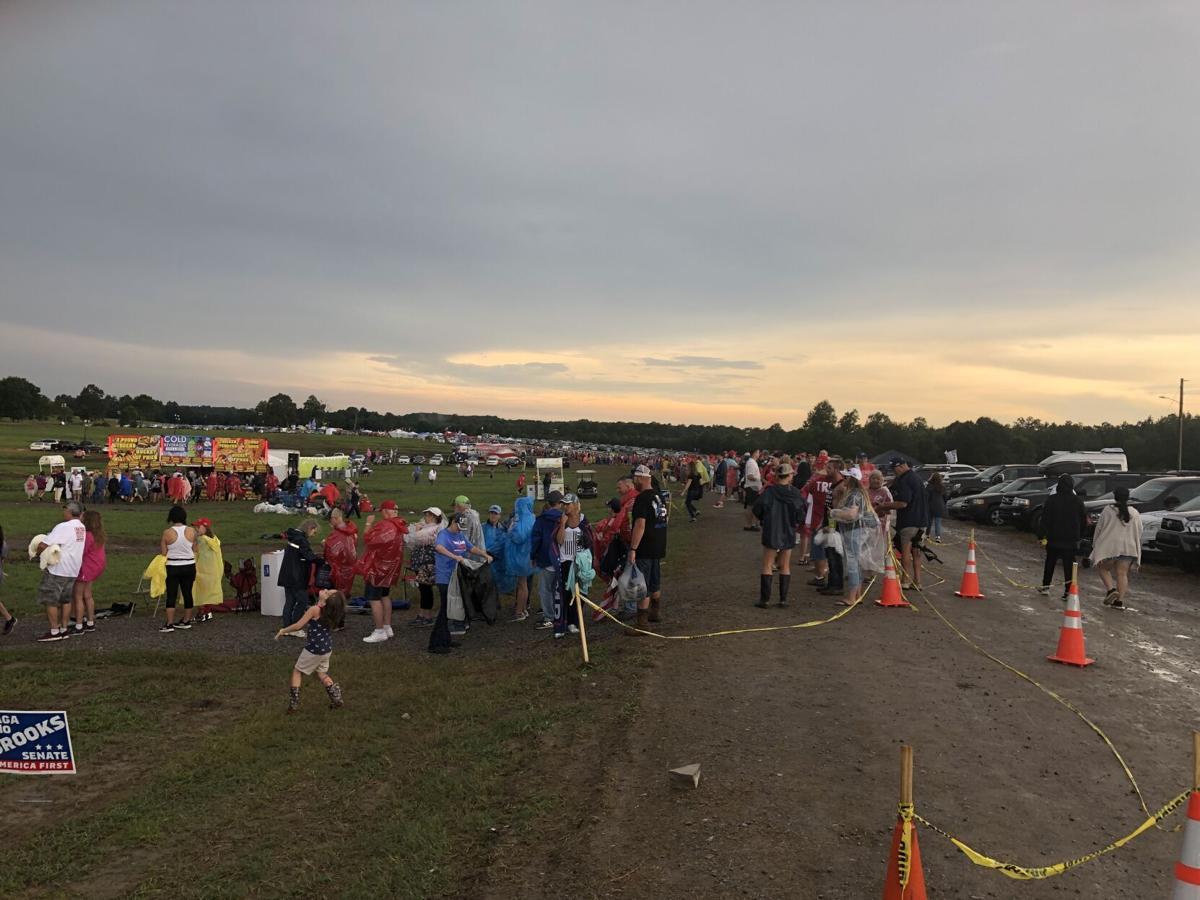 Trump supporters wait in line to go through security

Trump supporters wait in line to go through security

A bevy of state and local Republicans took the stage to laud Trump, rail against the current administration and promise to win back the White House in 2024.

Rep. Mo Brooks, who is running for the U.S. Senate seat being vacated by Richard Shelby said there was "systemic evidence that there is election fraud that puts our elections at risk." He encouraged attendees to put the 2020 election behind them and focus on 2022 and 2024 elections, which was met by jeers from the audience.

Trump took the stage and praised Brooks, whom he's endorsed in the senate election.

The former president then went on to talk about the United State's exit from Afghanistan, calling it "humiliating."

“This will go down as one of the great military defeats of all time and it didn’t have to be that way,” he said.

Trump claimed his administration had negotiated the exit with the Taliban. “I said, “Abdul, if anything happens we are going to rain terror on you,” he said.

Trump also rehashed familiar themes from his rallies: border security, perceived bias in the news media, and his handling of foreign relations, but also encouraged people to get vaccinated against COVID-19.

"I believe totally in your freedoms, but I recommend taking the vaccine," he said.

The message was not well-received by the crowd, however. Trump waived off the boos, saying again that he believed in their freedom to choose but adding that, "I gave you the vaccines."

He received rounds of applause for his claims of a voter fraud, saying there was more information coming out soon, and for bringing the Space Force to Alabama. "A lot of state wanted it bad, but we put it in Alabama," he said.

The crowd began thinning out about an hour and a half into his speech, and by the time a light rain began falling again, about a third of the attendees had left.

The program is underway with Cullman veteran Roy Drinkard, 101, leading the crowd in the pledge of allegiance.

starnes referenced the United States exit from Afghanistan, “If Donald Trump had been in that White House, he would not have left Americans behind.”

Thunderstorms in the area temporarily delayed entry to the venue but it didn’t deter attendees. Beth Milner of Columbus, Ga., said there is as no way they were getting out of line.

“We’re not going anywhere,” she said as they waited for screening to continue.

Her friend Veronica Clark of Birmingham agreed. The rain, she said, isn‘t a hardship. “We’re talking and enjoying each others’ company,” she said.

CULLMAN- Fans of former President Donald Trump began lining up outside the parking areas around the York Family Farm early Saturday morning and by the time the gates opened slightly after 2 p. m. the line of attendees stretched down the property.

Col. Ken Brown of Cullman was among the first into the venue. “I’m really proud to be here as a resident and as a veteran,” he said.

Brown said he’s been a Republican since the Barry Goldwater days and is a fan of Trump. “I know a lot of people thinks he’s very caustic but I really like his policies,” said Brown.

He was excited to see the former president in Cullman. “How does a president come to your hometown?” he said.

According to the Alabama Republican Party, some 20,000 people are expected to the event. Trump is scheduled to take the stage at 7 p.m.

CULLMAN, Ala. - Appearing before thousands of supporters on Saturday in one of the lowest-vaccinated states, former President Donald Trump encouraged his followers to get vaccinated against COVID-19.